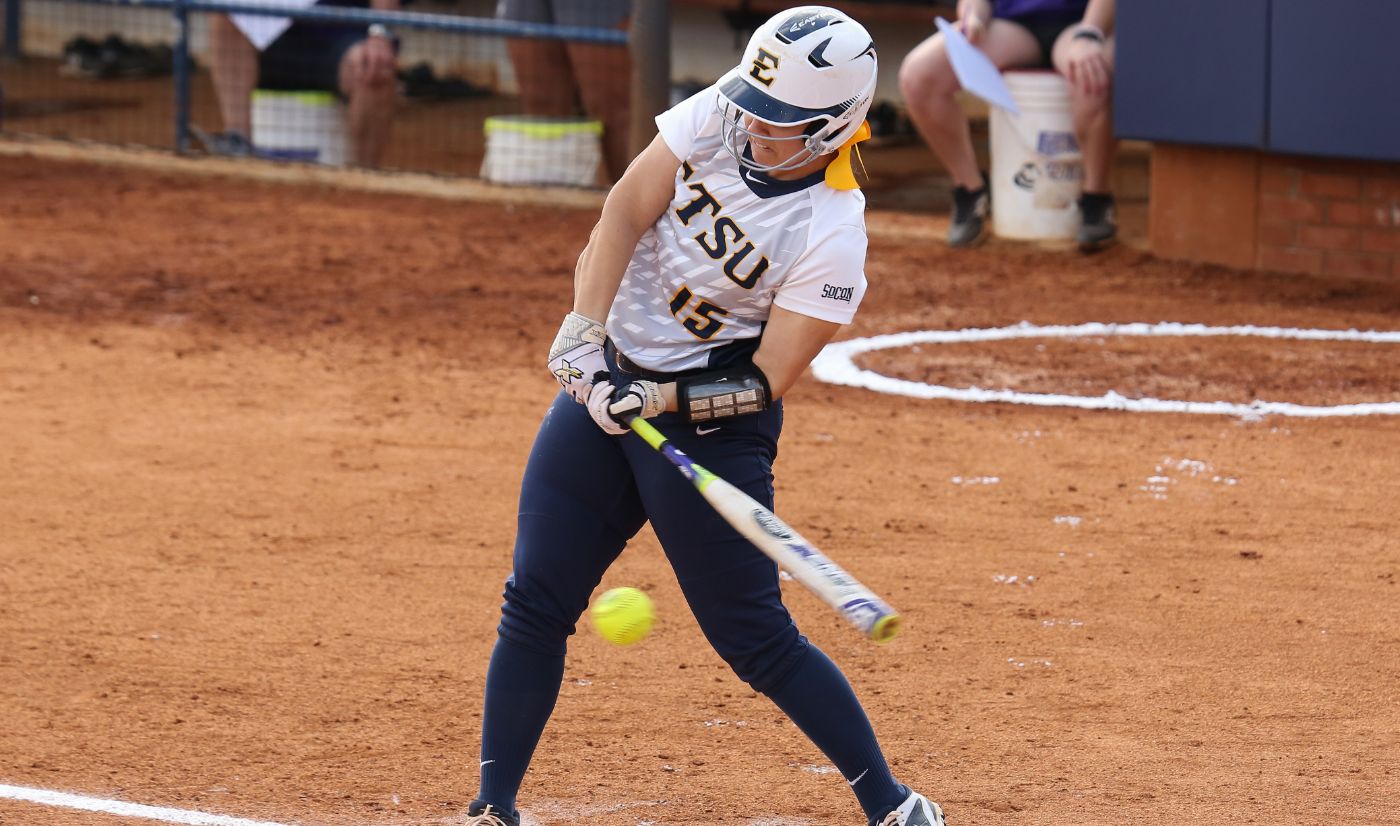 ETSU readies for its first conference road series of the season

GREENVILLE, S.C. (April 1, 2016) – The ETSU softball team will hit the road to Greenville, S.C. this weekend for its first SoCon road series of the season to take on Furman. The Bucs and Paladins will play a doubleheader Saturday beginning at 1 p.m. and will wrap up series with a single game Sunday also beginning at 1 p.m.

.308 – A player to watch for the Bucs this weekend is Cassi Pickett (Chattanooga, Tenn.). The sophomore catcher holds a career batting average of .308 in conference games. Pickett has also been one of the Bucs’ most consistent hitters this season having notched at least one base hit in 10 of the 15 games she has appeared in.

.455 – ETSU’s pinch hitters have fared quite well in 2016 going 5-for-11 (.455 batting average) at the plate. Danielle Knoetze (San Diego, Calif.) has the most pinch hitting appearances with three and has a batting average of .333 with a home run in those at-bats.

3.17 – The Bucs’ pitching staff has posted a 3.17 ERA in road games this season. Rebecca Wahrmund (Morrilton, Ark.) has logged the most innings for ETSU in those games with 13-and-two-thirds innings and has pitched to a tune of a 2.56 ERA.

Furman, which comes into this weekend’s series with a 16-16 record overall, has been a team reliant on extra-base hits. The Paladins have totaled 94 extra-base hits in 32 games this season, including a SoCon-leading 54 doubles. Furman not only hits for power but also hits for average as it boasts a team batting average of .302 and has five players with a batting average of .348 or higher.

In the circle, the Paladins have used just three pitchers this season. The duo of Emily Demonte and Lindsey Bert, however, have logged 190 of the 206 innings pitched. Demonte has the lower ERA at 2.50, but Bert has a team-high eight wins.

The Bucs have won 21 of the 36 all-time meetings against Furman, including 12 of the 17 matchups played in Greenville. ETSU has won its last four games played at the Paladins’ home park.

All three game this weekend will have live stats and video available. The links can be found on the Bucs’ schedule page. Fans can also follow @ETSUSoftball on Twitter for in-game updates.