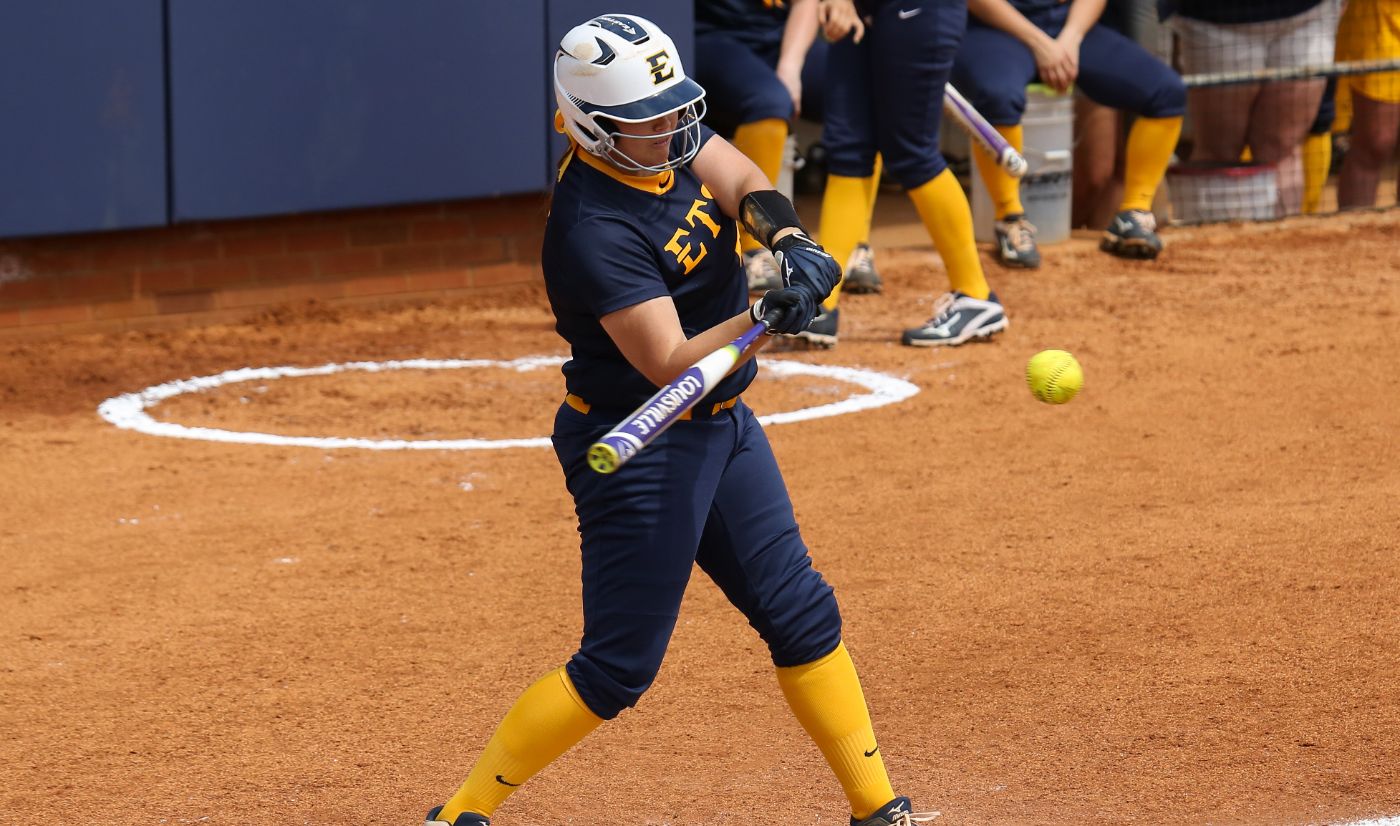 ETSU looks to win the series in the rubber match Sunday

MACON, Ga. (April 16, 2016) – The ETSU softball team gained a split Saturday afternoon in a SoCon doubleheader at Mercer. ETSU hit three home runs en route to a 7-2 win in game one, but dropped game two, 8-0, in five innings. The win in game one not only gave the Bucs just their second ever win in Macon but also gave the Bucs’ their fourth conference win of 2016. The four conference victories surpass the team’s win total in SoCon action last season (3).

Game 1 Recap: Sophomore Kelsey Smith (Tucson, Ariz.) hit two home runs with four RBI, while Lindsey Fadnek (Coalfield, Tenn.) tossed her second complete game of the season to power the Bucs to a 7-2 win in game one. The two-home run game by Smith is her third career multi-home run game and the first by a Buc this season. Fadnek picked up her seventh win of the season, which is the most wins by an ETSU pitcher in a season since 2011 when Jessica Duncan posted eight victories.

The scoring began in the third inning when the Bucs hit a pair of solo home runs off of Mercer starting pitcher Maxine Rodriguez. The first Buccaneer long ball came off the bat of Danielle Knoetze (San Diego, Calif.), which marks the third straight conference series that Knoetze has hit a home run. The other solo shot came two batters later when Smith smacked her fifth of the season to stake the Bucs to an early 2-0 lead.

Mercer would not go away quietly, however, as it chipped away at the Bucs’ lead and eventually tied the game in fifth with a RBI single by Taylor Miller. Despite the Bears’ best efforts, ETSU broke the game open in the top of the seventh with five runs on five hits to seal the 7-2 win.

Game 2 Recap: The roles were reversed in game two as Bears shut out the Buccaneers 8-0 in five innings. Mercer starting pitcher Megan Bilgri kept ETSU’s offense off balance holding the Bucs to just two hits in the contest.

Malloree Schurr (Montgomery, Texas) and Bethany Cowart (Ringgold, Ga.) notched the hits for the Bucs against Bilgri. Cowart’s hit, which was a double in the fourth, marked the eighth time in the last nine games that she has reached base safely.

Sophomore Madison Ogle (Maryville, Tenn.) was tagged with the loss in game two after working four plus innings, while allowing all eight runs (six earned) with four strikeouts. Ogle’s record dips to 1-3 with the loss.

Next Up: The Bucs will look to win the rubber match of the series against the Bears Sunday afternoon. The game, which will be streamed on the SoCon Digital Network, is set to begin at 1 p.m.