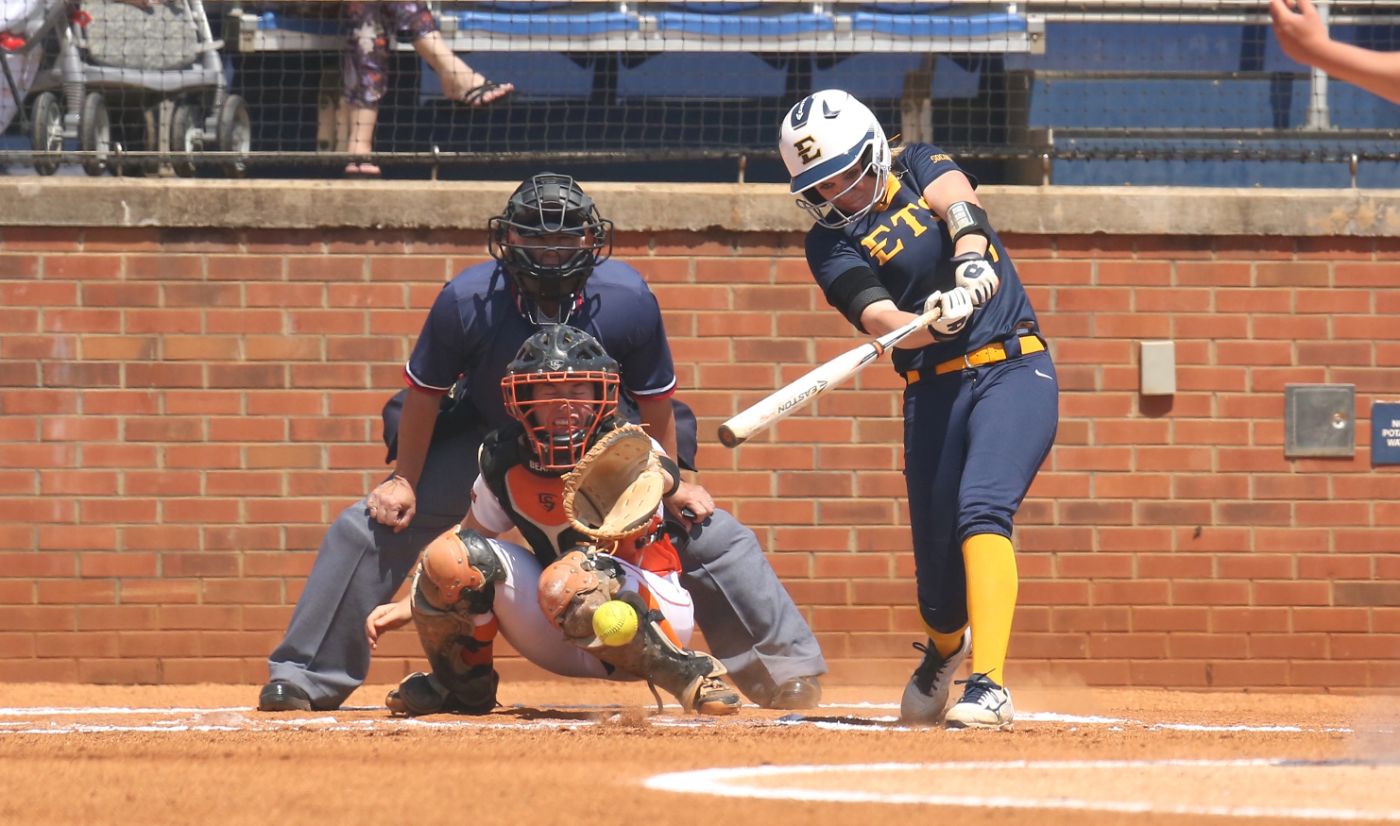 MACON, Ga. (April 17, 2016) – Bethany Cowart (Ringgold, Ga.) went 3-for-4 with two home runs and five RBI, while Danielle Knoetze (San Diego, Calif.) and Cassi Pickett (Chattanooga, Tenn.) hit home runs of their own to power the ETSU softball team to an 11-7 win at Mercer Sunday afternoon. The win evens the Bucs’ record to 14-14 overall and clinches the team’s second straight series win over a SoCon opponent.

Mercer got on the board with an unearned run in the bottom half of the first, but ETSU answered in the following half inning with a solo shot by Pickett. Pickett’s home run, which was her second this season, was a part of a 3-for-5 day at the plate. The three hits were a season-high for Pickett.

The Bucs extended their lead with a five-run fourth inning. Schurr got the scoring in the fourth started with a two-run double and Cowart added a three-run double of her own three batters later to extend ETSU’s lead to 10-1. It is just the second time this season that the Bucs have scored 10 or more runs in a game with the first coming against Siena on March 5.

After the five-run fourth inning, the Bucs’ capped off their scoring Sunday with another solo shot from Cowart in the seventh. It marked the first time Cowart has hit two home runs in a game in her collegiate career.

Mercer did not go away quietly, however, as it scored two in the fifth and four in the seventh to get within four runs but the Bucs held on for the 11-7 win.

Lindsey Fadnek (Coalfield, Tenn.) notched her second straight complete game win for the Bucs.  Fadnek allowed all seven Mercer runs, but only three were earned. The Coalfield, Tenn. native improved her record to 8-3 this season with the victory.

Next Up: ETSU will return home for the first time in almost a month Wednesday as it hosts Gardner-Webb in a non-conference doubleheader. First pitch is scheduled for 2 p.m. at Betty Basler Field.