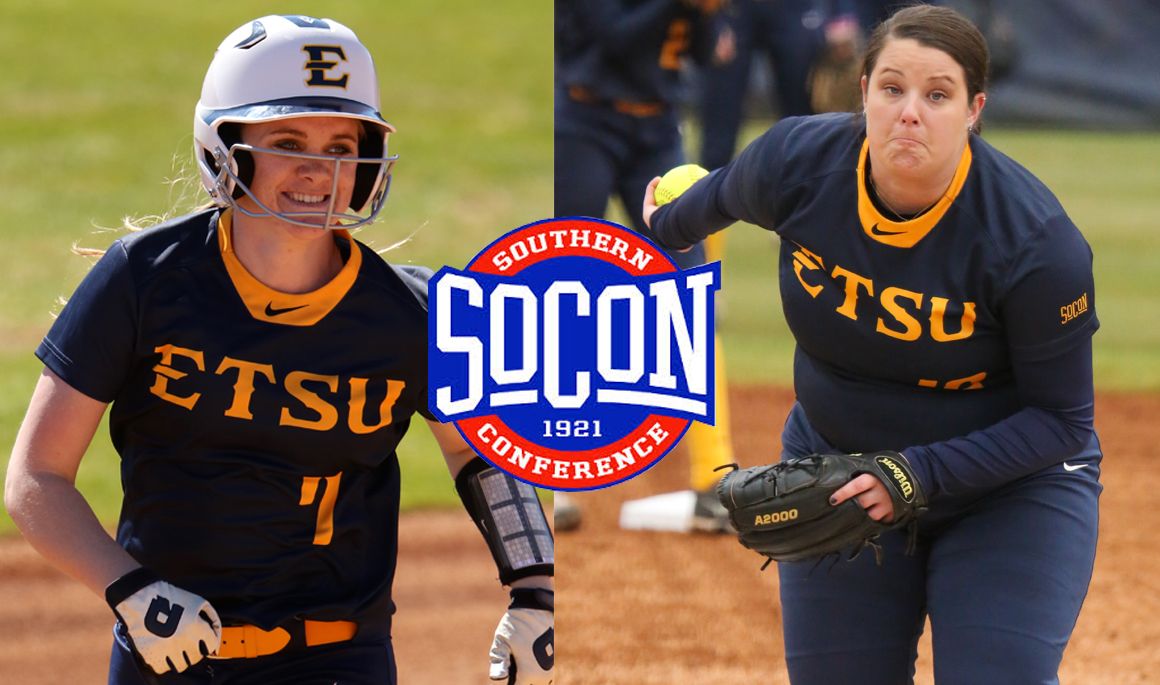 SPARTANBURG, S.C. (April 18, 2016) – After going 2-1 this past weekend at Mercer, the ETSU softball team swept the conference’s weekly awards Monday. Senior Bethany Cowart (Ringgold, Ga.) was named the conference’s Player of the Week, while Lindsey Fadnek (Coalfield, Tenn.) earned the league’s Pitcher of the Week honor.

“It’s great to have Bethany and Lindsey receive Player and Pitcher of the Week honors," ETSU Head Coach Brad Irwin said. "Their performances this weekend helped us earn a series win on the road at Mercer. Bethany came through in clutch situations and Lindsey had two solid complete game starts.”

Cowart was ETSU’s top offensive player last weekend in Mercer. Cowart notched at least one hit in each game of the series, while leading the team with a .556 batting average in nine at bats. Cowart’s best performance came Sunday when she went 3-for-4 with two home runs and five RBI. Sunday’s performance not only marked the first multi-home run game of Cowart’s career but also marked a career-high with those five runs driven in. Additionally, Cowart’s three hits matched a career high.

By virtue of her 5-for-9 weekend at the plate, Cowart raised her batting average 26 points from .294 to .319. The Ringgold, Ga. native is third on the team with that .319 batting average, while leading the Bucs with 29 hits and four stolen bases.

Fadnek was credited with both of ETSU’s wins in the circle last weekend with a pair of complete game performances. Fadnek’s best start of the week was Saturday when she allowed two runs (no earned) with six strikeouts in a 7-2 win for the Bucs. With the pair of victories, Fadnek now has eight wins this spring, which leads ETSU.

Cowart, Fadnek and the rest of the Bucs will return home for the first time in almost a month Wednesday as it hosts Gardner-Webb in a non-conference doubleheader. First pitch is scheduled for 2 p.m. at Betty Basler Field.