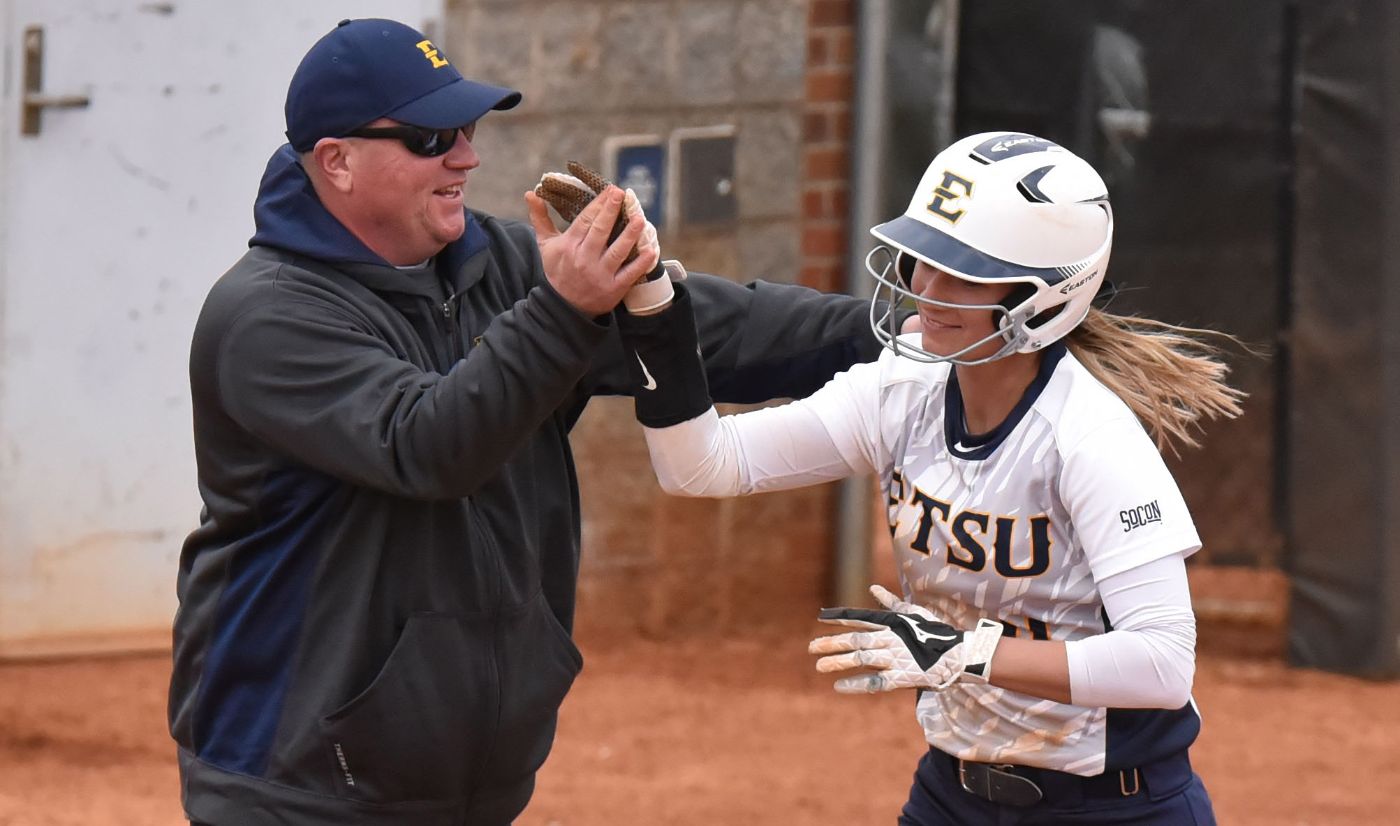 JOHNSON CITY, Tenn. (April 19, 2016) – After nearly month of road games combined with cancellations and postponements, the ETSU softball team will return to Betty Basler Field Wednesday for a non-conference doubleheader against Gardner-Webb. Wednesday’s twin bill is scheduled to get underway at 2 p.m.

.151 – In addition to her work with the bat, Smith has also been a key part of ETSU’s pitching staff. The Tucson, Ariz. native has held non-conference opponents to a batting average of .151 in 25 innings pitched.

11 – With 36 home runs in 28 games played this spring, the Bucs currently rank 11th in the nation in home runs per game (1.29). 10 different Bucs have blasted home runs this season and six have three or more long balls.

Gardner-Webb: The Runnin’ Bulldogs will look to snap a three-game losing skid when they come to Johnson City Wednesday. GWU comes into the matchup with a record of 18-24 overall and 4-11 in the Big South.

First baseman Amanda Gomes has been the most consistent hitter for GWU as she leads the team in batting average (.336), home runs (6) and RBI (30).

ETSU and Gardner-Webb have met a total of 18 times with the Bucs holding the edge in the series, 10-8. The Bucs swept the two meetings last season in Boiling Springs, N.C. by scores of 9-8 and 8-5. Additionally, the Bucs are 4-2 against the Runnin’ Bulldogs in Johnson City.

Wednesday’s doubleheader will have live stats available and the links can be found on the Bucs’ schedule page. Fans can also follow @ETSUSoftball on Twitter for in-game updates.