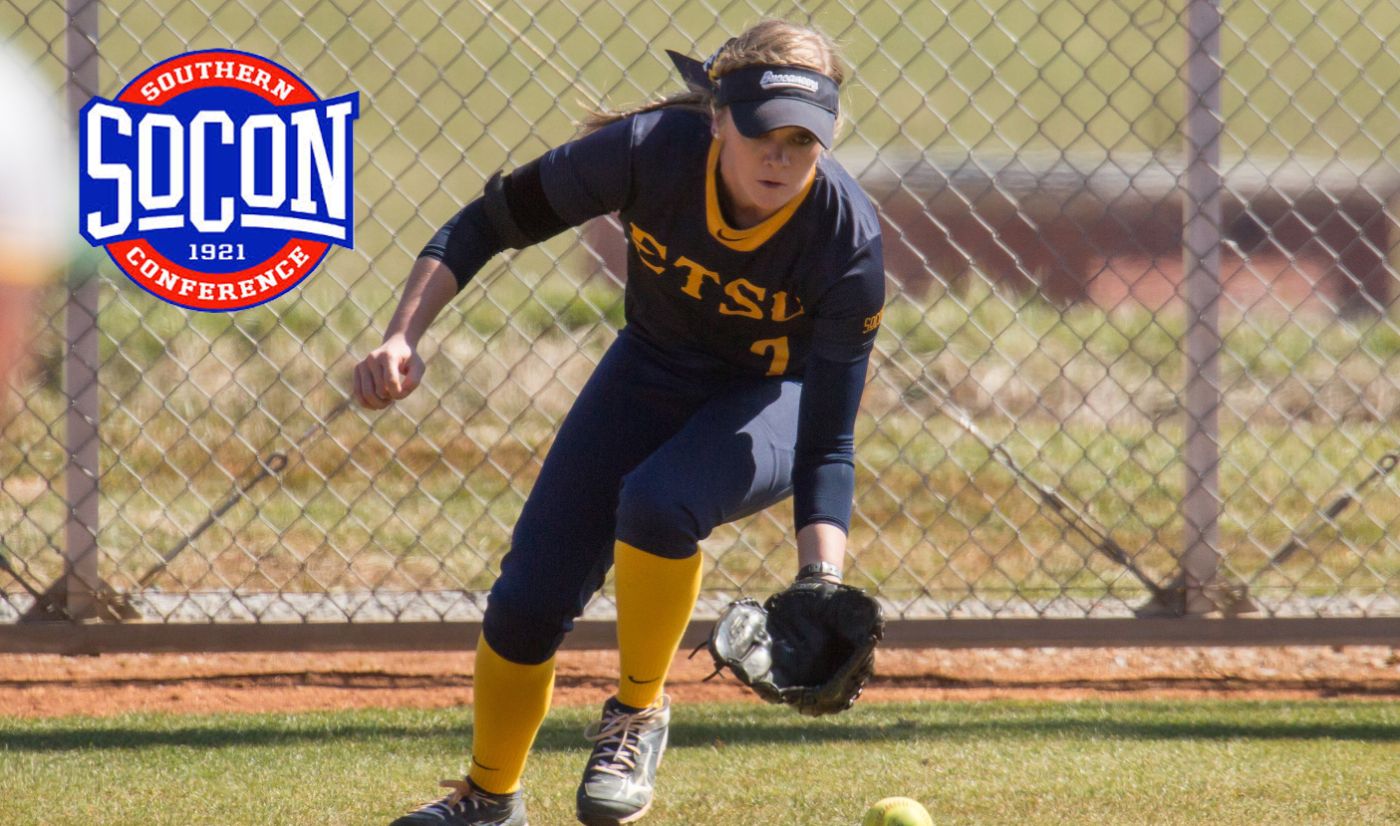 SPARTANBURG, S.C. (April 20, 2016) – ETSU Softball’s Bethany Cowart (Ringgold, Ga.) has been named General Shale Southern Conference Student-Athlete of the Week for competition held April 13-19, the league office announced Wednesday. Cowart is the sixth different ETSU student-athlete to receive this academic year and the fifth since the calendar turned to January.

“That is an exciting award for Bethany,” ETSU Head Coach Brad Irwin said. “It not only highlights Bethany’s work in the classroom but on the field as well. She is the epitome of what a student-athlete should be.”

Cowart, who has a 3.99 GPA while majoring in Exercise Science, was ETSU’s top offensive player last weekend in Mercer. Cowart notched at least one hit in each game of the series, while leading the team with a .556 batting average in nine at bats. Cowart’s best performance came Sunday when she went 3-for-4 with two home runs and five RBI. Sunday’s performance not only marked the first multi-home run game of Cowart’s career but also marked a career-high with those five runs driven in. For her efforts, Cowart was named the SoCon’s Player of the Week earlier this week.

By virtue of her 5-for-9 weekend at the plate, Cowart raised her batting average 26 points from .294 to .319. The Ringgold, Ga. native is third on the team with that .319 batting average, while leading the Bucs with 29 hits and four stolen bases.

Cowart and the rest of the ETSU softball team will host Gardner-Webb later today in a non-conference doubleheader at Betty Basler Field. First pitch is scheduled for 2 p.m.