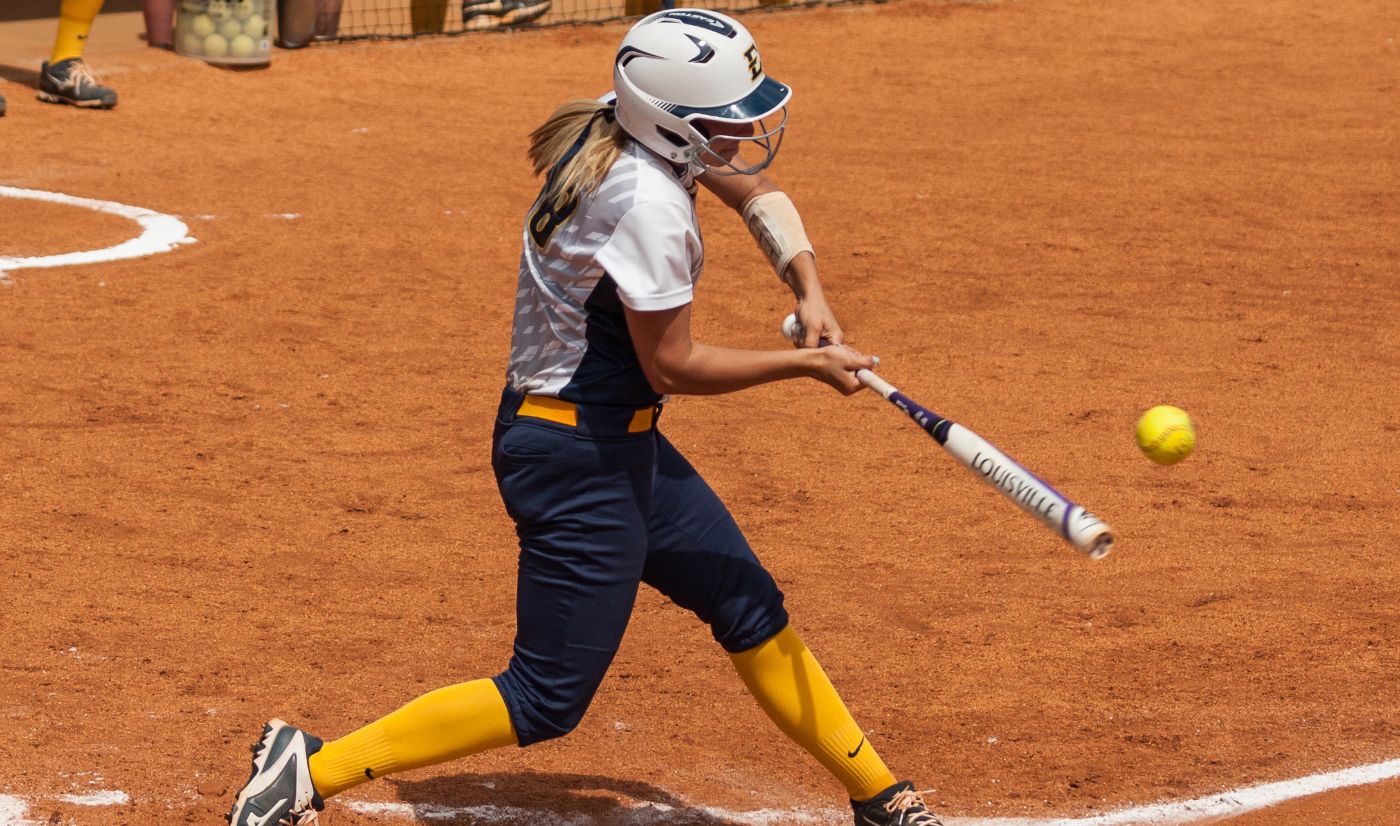 JOHNSON CITY, Tenn. (April 20, 2016) – After scoring 18 runs over three games last weekend at Mercer, the ETSU softball team kept the offense rolling Wednesday as it scored 13 runs on 14 hits to sweep a non-conference doubleheader from Gardner-Webb by scores of 10-3 and 3-0. The Bucs, who are now 16-14 overall, have won four of their last five games, which matches their best five-game stretch this season.

Game 1 Recap: The first game of the day did not begin well for ETSU as GWU’s Scarlett Harris staked her team to an early 2-0 lead with a two-run home run in the top of the first. Following the round-tripper by Harris, however, the Bucs offense came alive with 10 runs over the final six frames to seal the 10-3 win.

Malloree Schurr (Montgomery, Texas) and Madison Boyd (Chattanooga, Tenn.) both had big days at the plate for ETSU. Schurr hit a grand slam in the five-run third inning to notch her first home run of the season, while Boyd went 2-for-3 with a home run, double and knocked in three of the team’s 10 runs.

In the circle, Lindsey Fadnek (Coalfield, Tenn.) struck out seven GWU hitters in four innings of work to pick up her ninth win of the season. Fadnek, who was named the conference’s Pitcher of the Week on Monday, is the first ETSU pitcher to tally nine wins in a season since 2010 when former Buc Jessica Duncan also had nine. Freshman Tiffany Laughren (Erwin, Tenn.) made her first pitching appearance since March 12 in relief of Fadnek. Laughren not only held Gardner-Webb scoreless in three innings but she also picked up her first collegiate save for her efforts.

Game 2 Recap: In game two the Bucs used a total of five different pitchers to combine for their third shutout of the season as ETSU finished off the sweep, 3-0. Rebbecca Wahrmund (Morrilton, Ark.) picked up her fourth win of the season to improve to 4-2, while Kelsey Smith (Tucson, Ariz.) tallied her fourth save of 2016. With the four saves, Smith is now tied for second on ETSU’s single-season save list with Courtney Jenkins who had four in 2002. Smith is just one save shy of tying the program record held by Tiffany McVay who saved five games for ETSU in 2003.

All three runs by ETSU came with two outs in the third inning. Jennine Duncan (Jonesborough, Tenn.) got things started reaching on the fielder’s choice and then stealing second base. Danielle Knoetze (San Diego, Calif.) drove Duncan in with one of her two hits in the game with a single to left field and then Taylor Carter (Brazil, Ind.) plated Knoetze with a double to make it 2-0 ETSU. Following the run-producing hits by Knoetze and Carter, the next two batters walked and singled to set up Laughren who knocked in ETSU’s final run with a fielder’s choice.

Next Up: ETSU will return to conference play this weekend as it welcomes UNCG to Betty Basler Field. The three-game series will begin with a doubleheader Saturday and wrap up with a single game Sunday. Start times for both days are scheduled for 1 p.m.