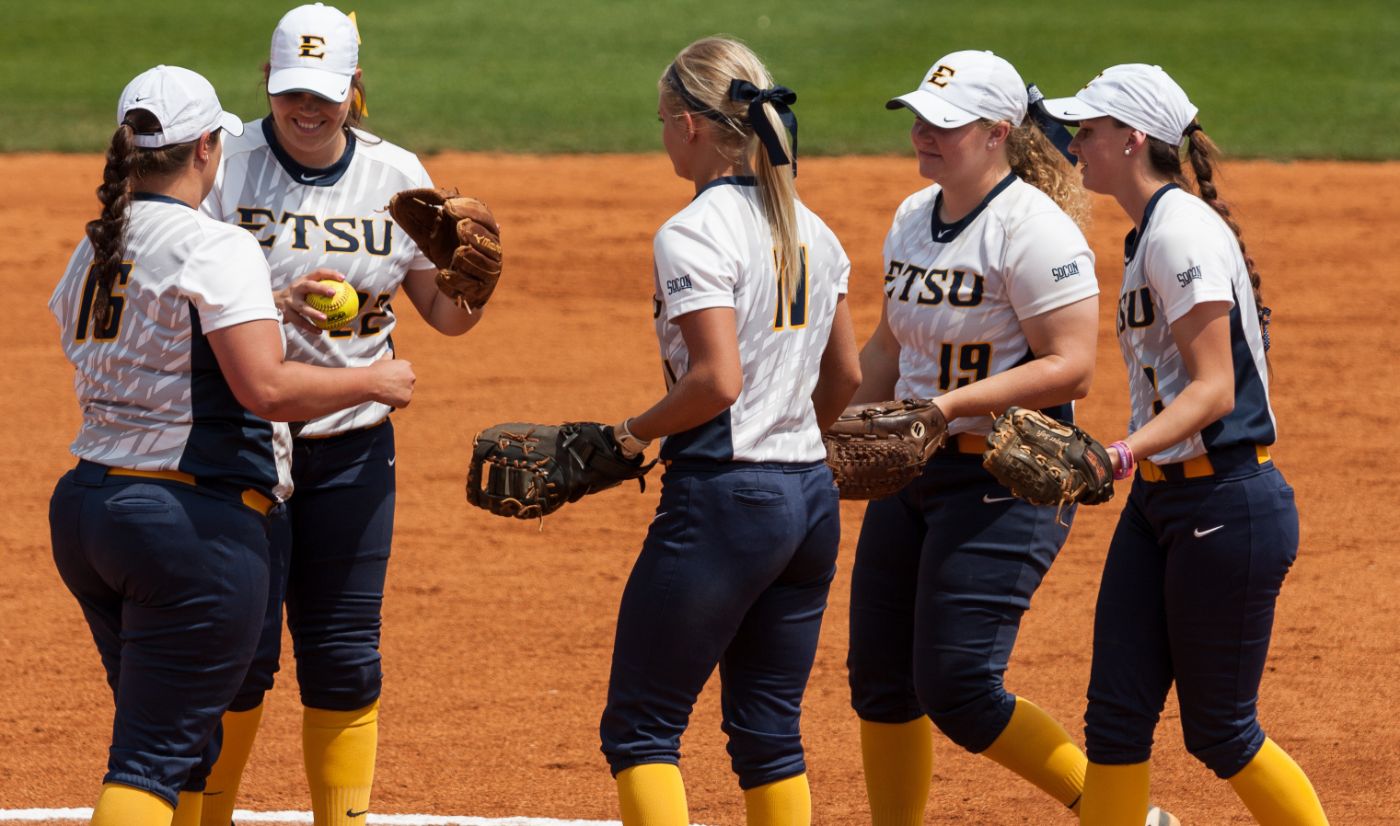 JOHNSON CITY, Tenn. (April 22, 2016) – The ETSU softball team will return to conference action this weekend as it takes on UNCG in a three-game series at Betty Basler Field. The Bucs and Spartans will begin the three-game set with a doubleheader Saturday and will wrap up the series with a single game Sunday. Start times for both days are set for 1 p.m.

7 – With 38 home runs this season, the Bucs need just seven more home runs to break the single-season team home run record. The record of 44 home runs was set in by the 2014 squad.

7.30 – Junior Lindsey Fadnek (Coalfield, Tenn.) has averaged 7.30 strikeouts per seven innings in her career as a Buc. The 7.30 strikeout rate is the highest ever for an ETSU pitcher with at least 50 innings pitched.

UNCG: The Spartans enter this weekend’s series sporting a 27-19 overall record and a 4-5 mark in the SoCon. UNCG boasts one of the top offenses in the conference with a team batting average of .307 to go along with a team ERA of 3.72.

Lindsey Thomas has led the team offensively with a .411 batting average. Thomas also is the Spartans’ top slugger with 11 home runs and 31 RBI. In the circle, the Spartans have two pitchers that have logged over 120 innings in Alicia Bazonski and Stephanie Bryden. Bazonski is 15-6 with a 2.69 ERA, whle Bryden is an even 10-10 with a 3.93 ERA.

ETSU and UNCG have met a total of 21 times, including three games in the Bucs’ inaugural 2001 campaign. The Spartans have defeated the Bucs in 16 of the 21 matchups with ETSU’s last win in the series coming in 2006.

The three-game series against the Spartans will have live stats available and the links can be found on the Bucs’ schedule page. Fans can also follow @ETSUSoftball on Twitter for in-game updates.