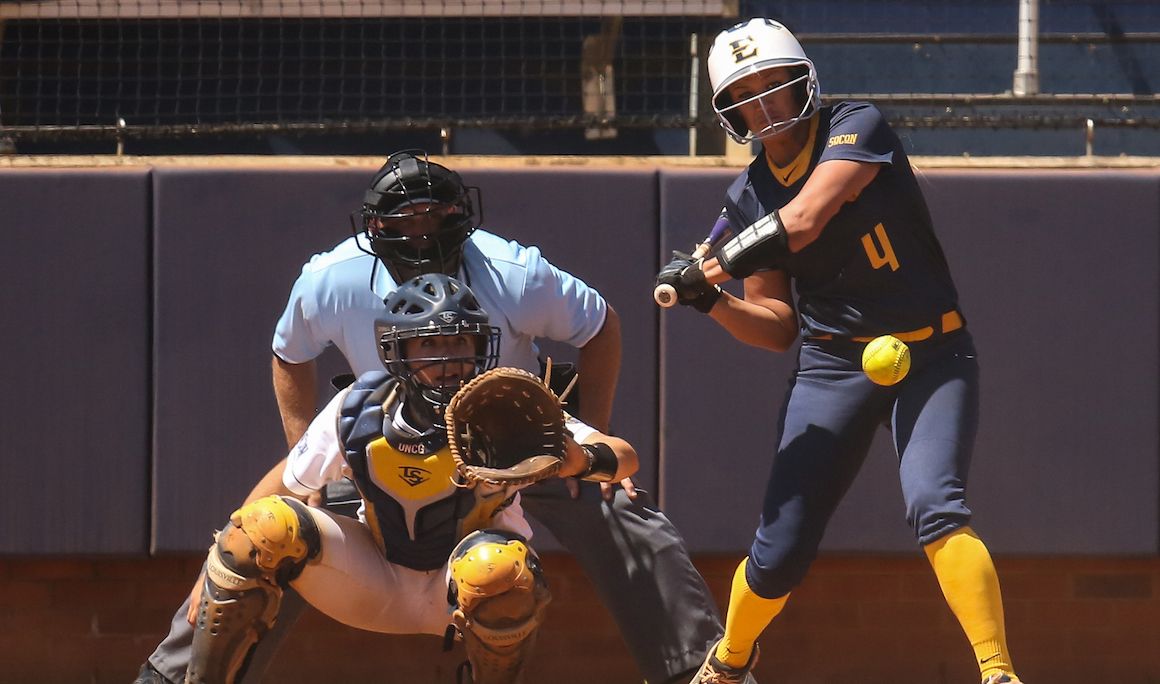 ETSU moves its record back above the .500 mark with the win

JOHNSON CITY, Tenn. (April 24, 2016) – After dropping a pair of games to UNCG Saturday, the ETSU softball team bounced back Sunday to pick up a 4-1 win over the Spartans in the series finale. The victory also puts the Bucs’ overall record back above the .500 mark (17-16) and evens their conference record at 6-6.

The Bucs used a pair of two-run innings to manufacture all the offense they would need Sunday. Senior Bethany Cowart (Ringgold, Ga.) got the scoring started with a two-run double in the third to plate Malloree Schurr (Montgomery, Texas) and Cassi Pickett (Chattanooga, Tenn.). ETSU then added to its lead in the following inning with a two-run home run by Danielle Knoetze (San Diego, Calif.). The home run by Knoetze was her ninth of the season, which is the fourth-most by an ETSU player in a single-season.

Lindsey Fadnek (Coalfield, Tenn.) made those four runs stand up as she tossed her third complete game of the season, while allowing one run on three hits to go along with six strikeouts to pick up her 10th win of the season. Fadnek’s 10 wins this season is the most by an ETSU pitcher since Marissa Hardy posted 17 victories in 2009.

Next Up: The Bucs will return to the field for another three-game series next weekend when they host Samford. The series will begin with a doubleheader Saturday and conclude with a single game Sunday. Start times for both days are scheduled for 1 p.m.