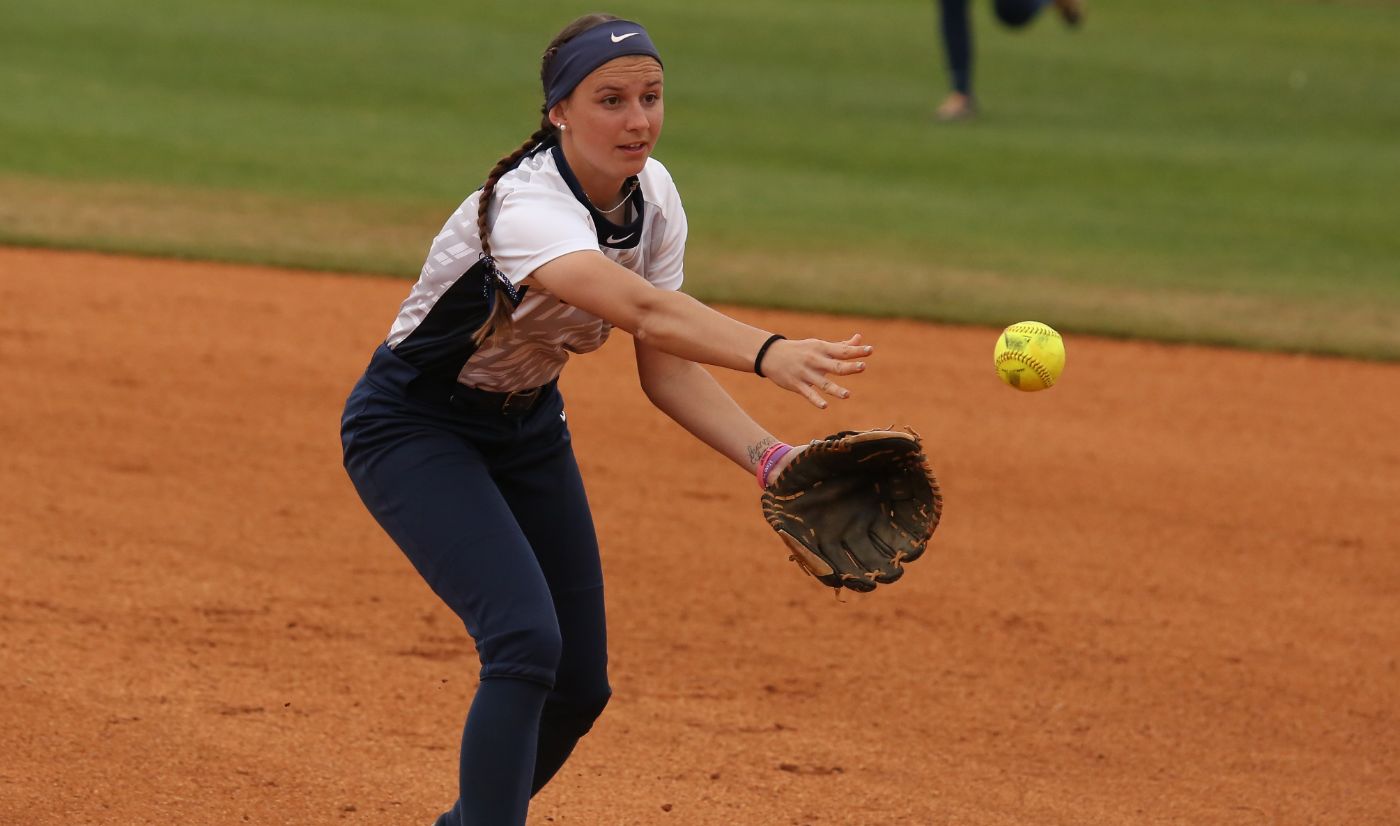 “It was a big win,” said ETSU Head Coach Brad Irwin. “Whenever you get a conference win it is big but to beat a tremendous program Samford who happens to be leading the conference just adds to it.”

Game 1 Recap: Samford started the first game of the day quickly scoring three runs off of ETSU starter Tiffany Laughren (Erwin, Tenn.) to take an early 3-0 lead. The three-run lead proved to be enough for Bulldog starter Molly Hanson as Samford went on to win, 4-1.

Senior Samantha Carpenter (Forest City, N.C.) hit her fifth home run of the season to tally the Bucs’ lone run in game one. Carpenter’s fifth home run not only sets a new career-high for her personally but it also was the team’s 43rd long ball of the season, which is just one shy of tying the program record.

Laughren was tagged with the loss after allowing those three first inning runs to move her record to 1-2. Rebecca Wahrmund (Morrilton, Ark.) entered the game in relief of Laughren and pitched the final six innings, while allowing one run on seven hits to go along with four strikeouts.

Game 2 Recap: The Bucs used an unorthodox offense along with a stellar pitching performance to win game two, 2-1. The one-run win is ETSU’s fifth of the season and it improves to 5-3 overall in those kind of games.

Both of ETSU’s runs in game two came on bases loaded walks. In total, the Bucs actually drew more walks (6) than they had hits (5). Cassi Pickett (Chattanooga, Tenn.) was the only Buc to reach base in all of her plate appearances as she went 1-for-1 with a pair of walks.

Lindsey Fadnek (Coalfield, Tenn.) tallied her fourth complete game of the season as she struck seven Bulldog hitters over her seven innings, while allowing just three hits to pick up her 11th win of the season. Fadnek’s only mistake was a solo home run in the sixth. It marked the second straight start that Fadnek has had that she has pitched a complete game and allowed one run.

Next Up: ETSU and the Bulldogs are scheduled to wrap up this three-game series Sunday. First pitch is slated for 1 p.m. at Betty Basler Field.