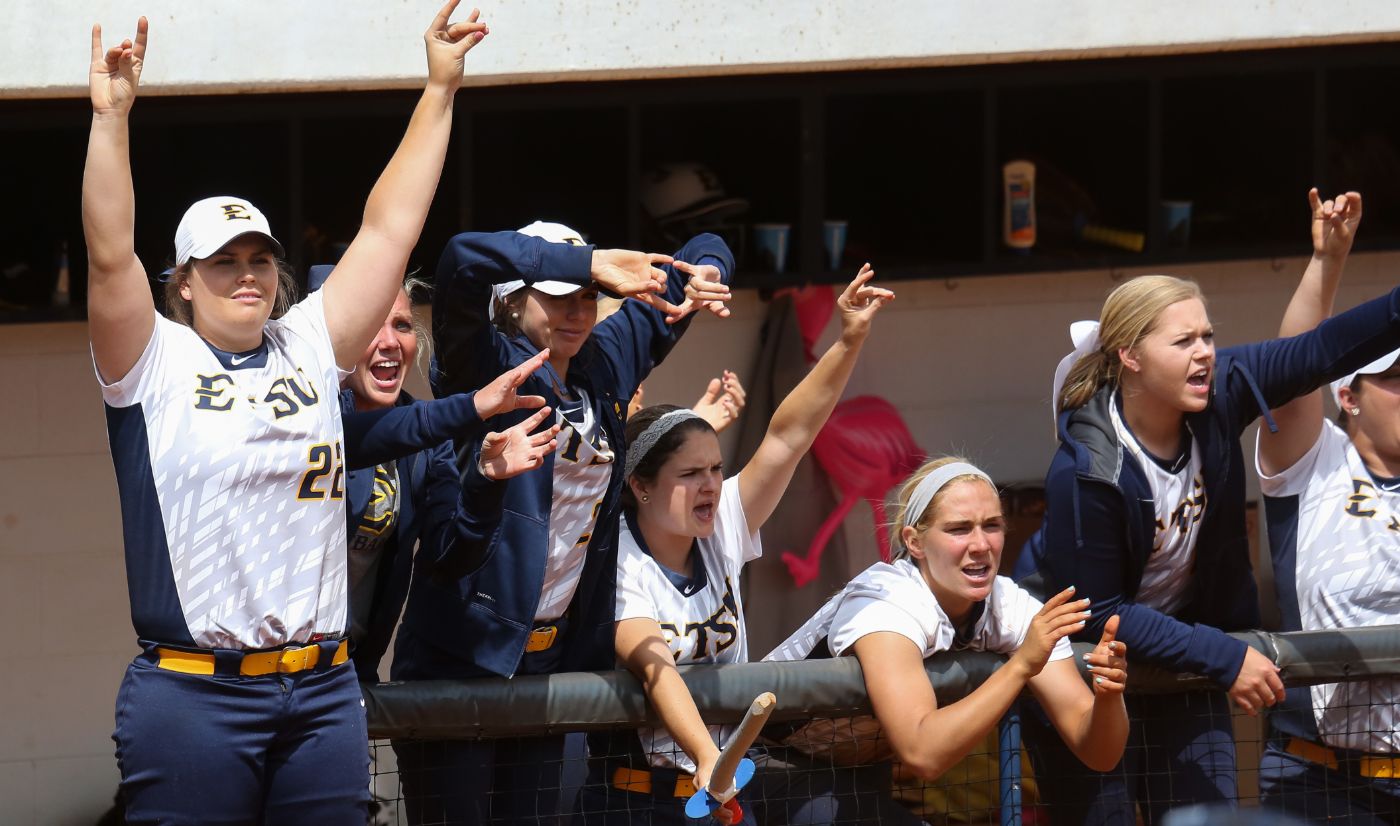 ETSU picks up its first win over Chattanooga since 2003 Saturday

CHATTANOOGA, Tenn. (May 7, 2016) – Despite falling behind by three runs early, the ETSU softball team rallied with three home runs en route to 6-4 victory over in-state rival Chattanooga Saturday evening. The win not only evens ETSU’s overall record at 19-19 this spring but it is also the team’s eighth conference victory of the season, which is the most for the program since 2008.

The Mocs jumped on the Bucs early thanks to a three-run home run by Ashley Connor in the bottom of the first inning. ETSU, however, chipped away scoring single runs in the second and fourth innings before taking the lead for good with a four-run fifth inning.

The four-run fifth inning was powered by back-to-back-to-back home runs from Cassi Pickett (Chattanooga, Tenn.), Kelsey Smith (Tucson, Ariz.) and Taylor Carter (Brazil, Ind.). The three home runs not only gave ETSU its first lead but it also broke the program’s single-season home run record (46 home runs in 2016), which was set by the 2014 team (44 home runs).

In total, the Bucs pounded out 11 hits Saturday, which is the most since April 17. Four different players posted two-hit days at the plate, including Bethany Cowart (Ringgold, Ga.) who went 2-for-2 with a pair of walks and three runs scored. Additionally, freshman Jayci McGill (Papillion, Neb.) posted a 2-for-4 day and drove in two of the team’s six runs.

ETSU used three different pitchers to pick up the victory Saturday. Tiffany Laughren (Erwin, Tenn.) notched her second win of the season after tossing two scoreless innings in relief of starter Rebecca Wahrmund (Morrilton, Ark.). Following Laughren’s appearance, Madison Ogle (Maryville, Tenn.) pitched two scoreless frames of her own to pick up her first save of the season.

Next Up: The Bucs and Mocs will close out their series Sunday with a doubleheader. First pitch is slated for 1 p.m. from Frost Stadium.