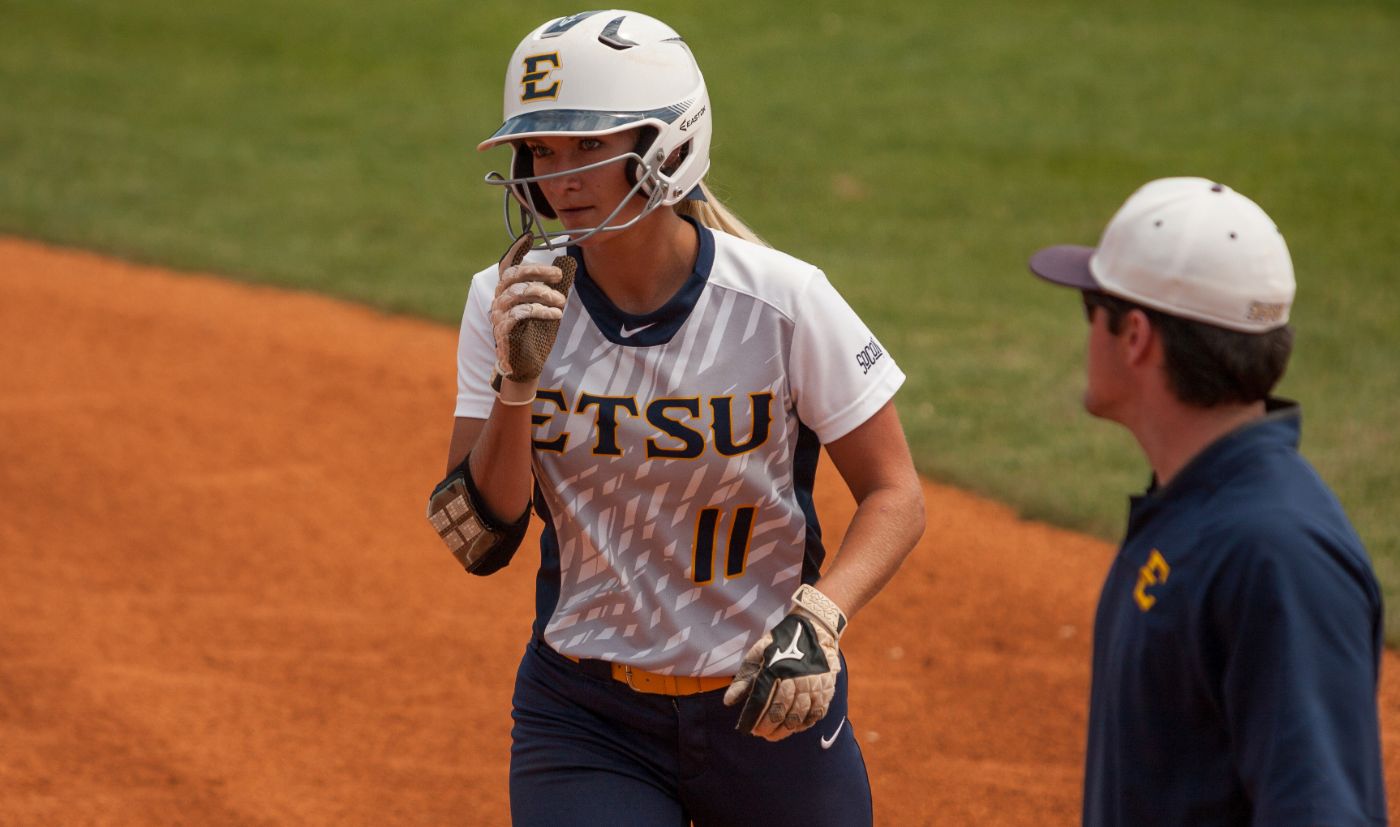 CHATTANOOGA, Tenn. (May 8, 2016) – The ETSU softball team wrapped up its regular season with a split at Chattanooga Sunday afternoon. The Bucs won the first game of the day, 6-3, but dropped game two, 11-3, in five innings. With the split, ETSU finishes the conference season with a 9-9 record, which is tied for third with UNCG and Western Carolina.

Game 1 Recap: Taylor Carter (Brazil, Ind.) hit a three-run home run and Cassi Pickett (Chattanooga, Tenn.) added a RBI single in the top of the first inning to stake ETSU to an early 4-0 lead. The four runs proved to be all the offense the Bucs would need as they went on to win, 6-3.

Offensively, Bethany Cowart (Ringgold, Ga.) led ETSU going 3-for-4 with a double and RBI. Cowart, who matched a career-high with three hits against Mocs, continues to be one of the Bucs’ most consistent hitters with a .385 batting average with four runs scored in the month of May.

Sophomore Madison Ogle (Maryville, Tenn.) picked up the win in the circle for ETSU to improve her record to 2-3 this spring. Ogle pitched 5.2 innings, while allowing three runs on eight hits to go along with a pair of strikeouts. In addition to her three-run home run, Carter also picked up the save for ETSU after tossing the final 1.1 innings. It was Carter’s second save of the season.

Game 2 Recap: ETSU struck for three first inning runs, but Chattanooga rallied with three multi-run frames including a seven-run fourth to propel it to an 11-3 win in five innings in the series finale.

Kelsey Smith (Tucson, Ariz.) posted the Bucs’ only multi-hit performance in game two going 2-for-3 with a RBI single in the first. Chattanooga native Madison Boyd drove in ETSU’s other two runs with a double in the opening frame.

In the circle, Rebecca Wahrmund (Morrilton, Ark.) was tagged with the loss after allowing four runs on six hits in 2.2 innings. The loss moves Wahrmund’s record to 4-4 this season.

Next Up: ETSU will head to Greensboro, N.C. Wednesday to compete in the SoCon Tournament. The Bucs, who will be the No. 5 seed due to tiebreakers, will take on No. 4 seed UNCG at 10 a.m.