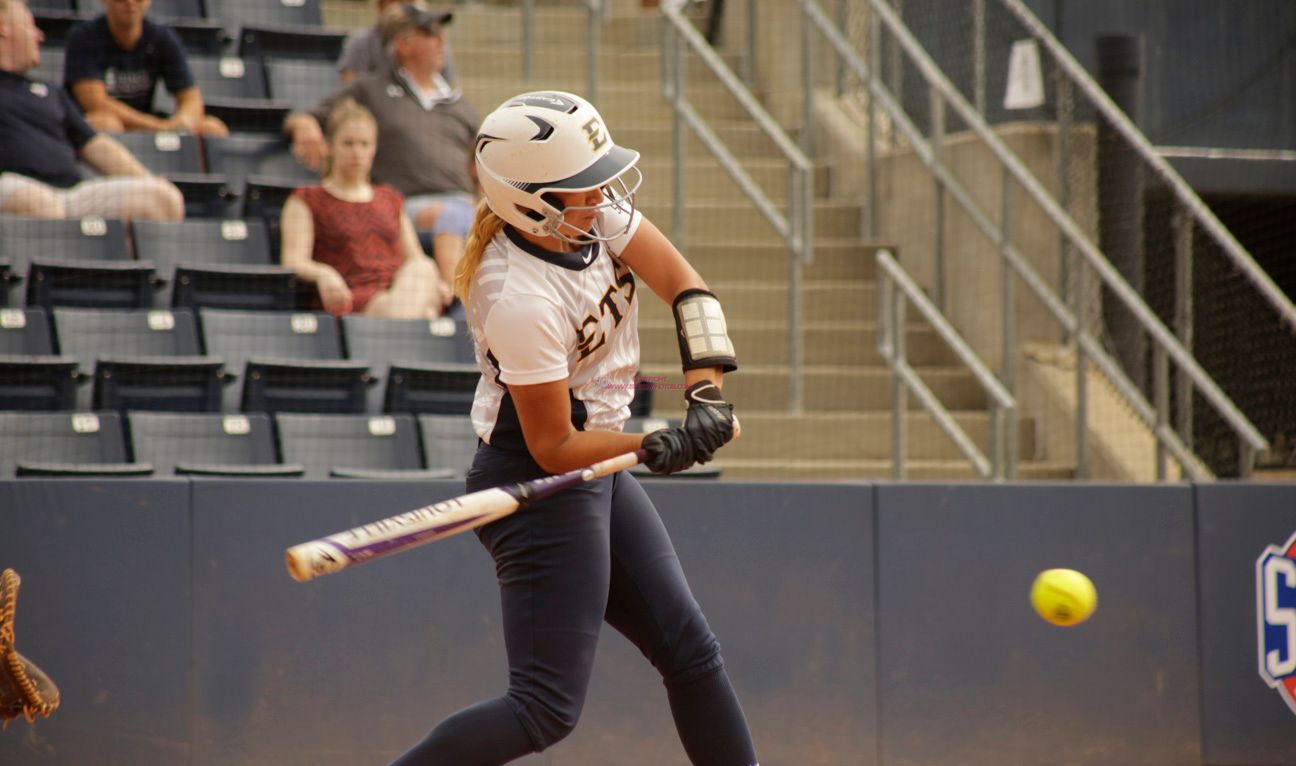 GREENSBORO, N.C. (May 11, 2016) – Despite a stellar pitching performance from Madison Ogle (Maryville, Tenn.) and a three-hit day by Danielle Knoetze (San Diego, Calif.), the ETSU softball team was edged by No. 4 UNCG in the opening round of the Southern Conference Tournament, 3-2.

Both of ETSU’s runs came in very different ways Wednesday. The Bucs got their offense going in the bottom of the second with a leadoff double by Taylor Carter (Brazil, Ind.). After a passed ball which advanced Carter to third and a walk by Jayci McGill (Papillion, Neb.), senior Samantha Carpenter (Forest City, N.C.) executed a perfect squeeze play to plate Carter and the get the Bucs on the board.

Following their run in the second, the Bucs threatened with three hits in the fifth but broke through with a solo home run an inning later from Madison Boyd (Chattanooga, Tenn.). The home run by Boyd was her fifth of the season and first since April 20 vs. Gardner-Webb.

Ogle kept the Spartans’ offense in check for the most part Wednesday allowing three runs (two earned) on six hits with no walks. Ogle’s record dips to 2-4 with the loss.

Next Up: ETSU, now 20-21 overall this season, will return to action at 8 p.m. Thursday. The Bucs will take on the loser of the sixth game of the tournament which will be between the two winners from the final two games Wednesday. ETSU could face Furman, Western Carolina, Chattanooga or Mercer in its next contest.