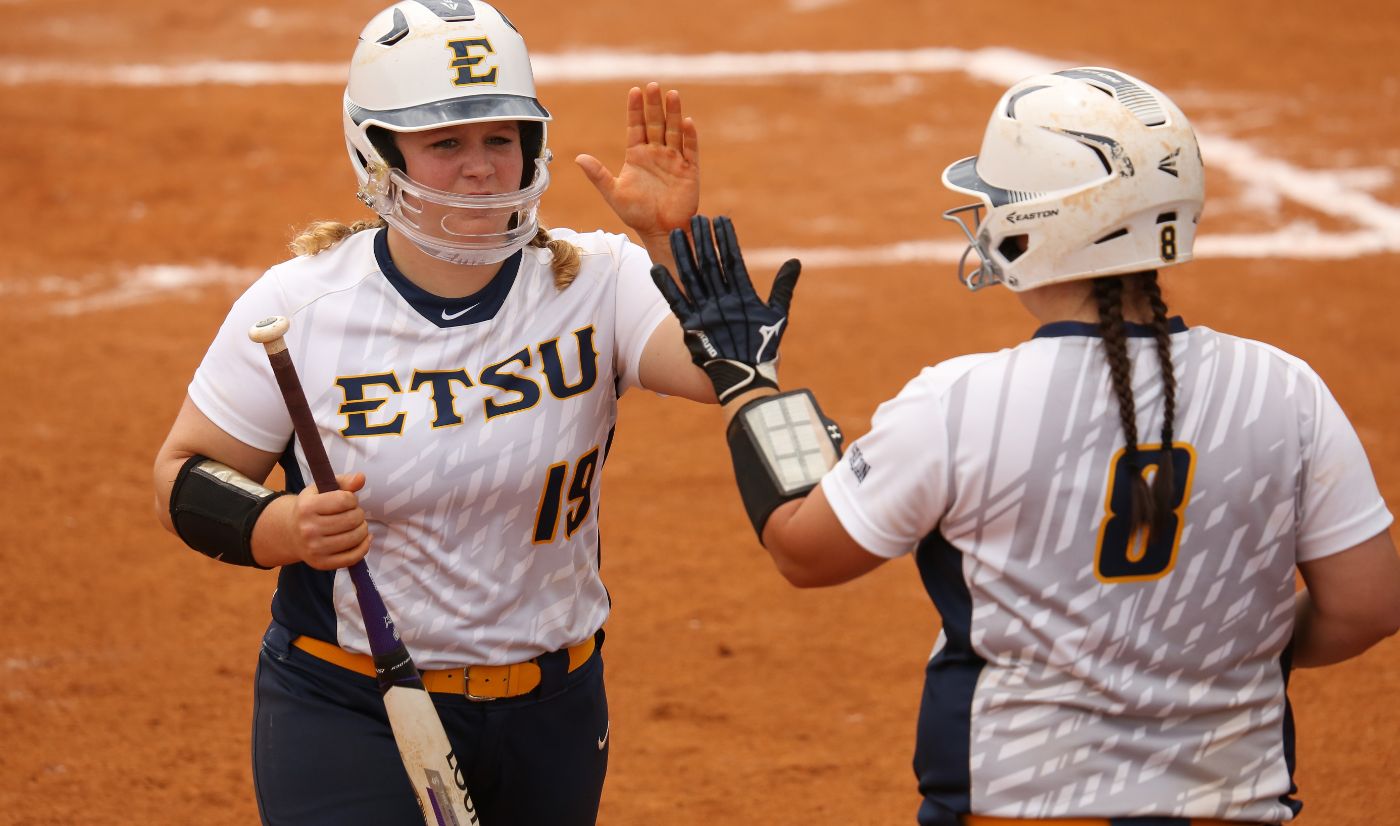 ETSU to play for AmericInn Championship on Sunday

BOILING SPRINGS, N.C. (Feb. 11, 2017) – The ETSU softball team used a dose of strong pitching and hitting to pick up a pair of wins on day two of the Gardner-Webb Tournament on Saturday at Brinkley Stadium. The Bucs began the morning by pounding out 13 hits en route to defeating Alabama A&M, 7-2, while Lindsey Fadnek (Coalfield, Tenn.) and Madison Ogle (Maryville, Tenn.) combined to allow one run on four hits to knock off Gardner-Webb, 4-1 in the nightcap.

With the pair wins, ETSU improved to 3-1 and advanced to Sunday’s championship game where the Bucs will face Alabama A&M at 2 p.m.

Tiffany Laughren (Erwin, Tenn.) and Danielle Knoetze (San Diego, Calif.) have hit safely in all four games this season as they combined to go 8-for-13 with three doubles, four runs and two RBI on Saturday. Taylor Carter (Brazil, Ind.) paced the Bucs against Gardner-Webb as she went 2-for-3 with a triple and a home run. In the circle, Fadnek picked up the win against Gardner-Webb and Rebecca Wahrmund (Morrilton, Ark.) earned the win earlier against Alabama A&M. Ogle came out of the bullpen in both games and picked up saves in each outing.

Coming off a heartbreaking extra-inning loss to Gardner-Webb last night, the ETSU softball team bounced back with a 7-2 victory over Alabama A&M in its first game on Saturday morning.

As a team, the Bucs pounded out 13 hits, while plating three runs in the first and three more in the fifth to cap off the five-run victory. Five ETSU players registered multi-hit games with Tiffany Laughren recording her second straight three-hit performance as she went 3-for-3 with a double, run scored, RBI and a walk. Danielle Knoetze, Nikki Grupp (Jacksonville, Fla.) and Kylie Toler (Bradenton, Fla.) all finished with two hits and scored a run.

Rebecca Wahrmund earned the win (1-0) as she allowed two unearned runs on seven hits, while striking out five in four innings. Madison Ogle tossed three scoreless innings of one-hit ball to pick up the save.

The Bucs jumped out to three runs in the first inning as Knoetze led off with a double, and Kelsey Chernak (Ooltewah, Tenn.) and Grupp both singled to load the bases. Knoetze scored the first run on a passed ball, while Chernak came home when Cassi Pickett (Chattanooga, Tenn.) flew out to right field and Alabama A&M committed an error getting the ball back into the infield. From there, Carter capped off the scoring with a sac-fly RBI, giving the Blue and Gold a three-run cushion.

The Bulldogs responded with two unanswered runs in the top of the second, but ETSU got one of the runs back in the bottom half of the inning when Toler scored on an RBI ground out by Chernak, making it a 4-2 contest.

With the Buccaneer pitchers keeping Alabama A&M’s offense in check for the final five innings, the Bucs broke things open with a three-run fifth to go ahead, 7-2. Pickett, Carter and Laughren all generated one-out hits as Pickett scored on Laughren’s double, while Carter came home Taylor Wright’s (Erwin, Tenn.) sac-fly RBI to left. Toler wrapped up the inning with an RBI single to right.

ETSU snapped a tie game by plating three two-out runs in the top of the fifth inning to down Gardner-Webb 4-1 in bracket play on Saturday evening.

Danielle Knoetze went 2-for-4 while it was her RBI double that drove in the eventual game-winning runs before the Blue and Gold tacked on one more in the three-run fifth. Taylor Carter put the Bucs on the board in the top of the second by belting her first home run of the season, while Lindsey Fadnek and Madison Ogle held the Runnin’ Bulldogs to one hit in the final six innings to secure the win.

Fadnek earned the win (1-1) after allowing one run on three hits in 4.1 innings, while Ogle held Gardner-Webb scoreless for the final 2.2 innings to pick up her second save on the day.

Gardner-Webb jumped out to the 1-0 lead as they strung together three straight two-hits in the bottom of the first, but the lead didn’t last long thanks to Carter’s home run an inning later. With one out and nobody on, Carter sent a shot over the wall in left to pull the Bucs even at one.

From there, the game was tight until ETSU’s offense came alive in the fifth to go ahead, 4-1. Tiffany Laughren led off the inning with an infield single and moved to second on a sac bunt by Quinn Giesick (Bakersfield, Calif.). After Kylie Toler struck out swinging, Mykeah Johnson (Cohutta, Ga.) worked a walk, which led to Knoetze’s two-run scoring double to left. Laughren scored with ease, while Johnson also sprinted home from first after Annamarie Warley committed an error in left on the play. Knoetze eventually scored when Kelsey Chernak reached via an error by catcher Rachel Cumiskey.

The three-run lead was more than enough offense as Fadnek and Ogle held Gardner-Webb to one hit in the final three innings to solidify the victory.

Mackenzie Thompson took the loss (1-2) for the Runnin’ Bulldogs after she was charged with four runs (one earned) on four hits in five innings.

Gardner-Webb moved to 2-4 on the season following the setback.