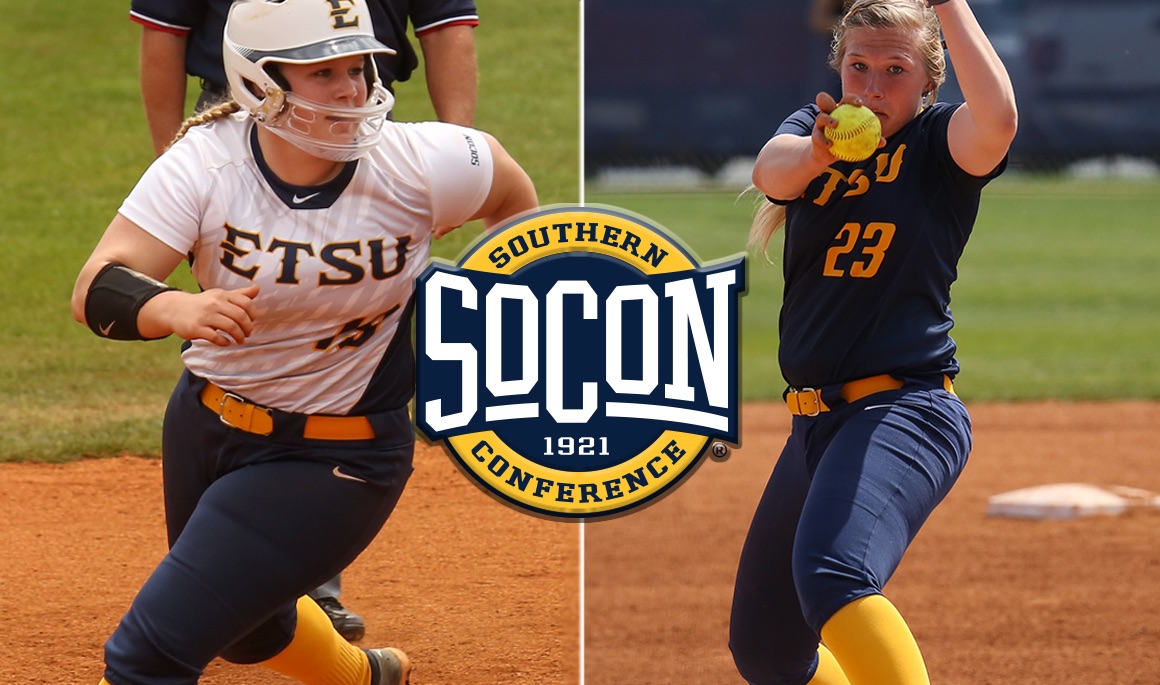 SPARTANBURG, S.C. (Feb. 13, 2017) – Fresh off winning the AmericInn Classic championship this past weekend, the ETSU softball team swept the Southern Conference weekly honors, which were announced by the league office on Monday. Sophomore Tiffany Laughren (Erwin, Tenn.) was named Player of the Week and junior Madison Ogle (Maryville, Tenn.) earned Pitcher of the Week honors.

The Bucs – who are off to their best start in program history – went 4-1 this past weekend.

Laughren hit safely in all five games where she hit .750 (12-for-16) with four doubles, five runs and three RBI. The Erwin, Tenn. native recorded multi-hit games in four of the five games this weekend – including three multi-hit games – which set new single-game career highs. Laughren went 3-for-4 with three doubles, one run and two RBI against GWU (2/10), while following that up with a 3-for-3 effort with one double, one run and one RBI in the 7-2 win over Alabama A&M on Saturday. The Buccaneer outfielder also scored at least one run in all five games for the Bucs, including scoring the game-winning run in Sunday’s win over Alabama A&M. To go with her batting average, Laughren finished with a 1.000 slugging and .765 on-base percentage for the weekend.

Ogle went 1-0 with two saves in three appearances (one start) for the Blue and Gold. The Buccaneer hurler did not allowing an earned run in 10.2 innings. Ogle picked up the win in ETSU’s season-opener against North Carling A&T on Friday, while earning saves over Alabama A&M and Gardner-Webb on Saturday. Ogle held the opposition to a .135 batting average in the three appearances.

This marks the first weekly award for both Laughren and Ogle, while it’s the third time ETSU has swept the SoCon honor. Bethany Cowart (Player) and Lindsey Fadnek (Pitcher) swept the honors last April 18th, while Tiffany Vandergriff (Pitcher) and Jessica Hodge (Player) swept both on April 2, 2001.

The Bucs return to action next weekend as ETSU heads to Charleston, S.C., for the Buccaneer Invitational Tournament. ETSU opens play against Virginia on Friday morning at 10 a.m.