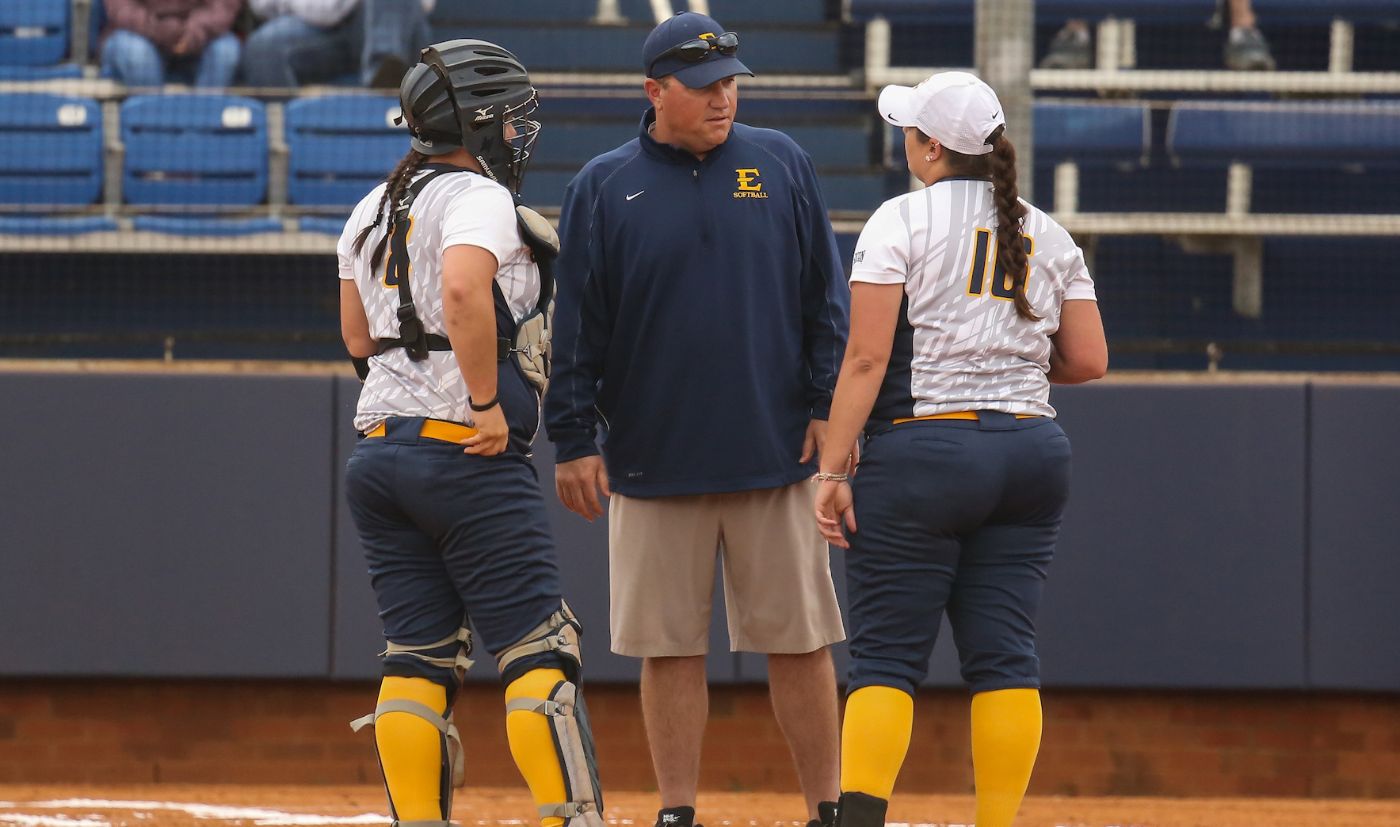 CHARLESTON, S.C. (Feb. 19, 2017) – Despite ETSU tying the game at one in the bottom of the fourth, UNCW broke through with a run in the fifth and four more in the sixth en route to defeating the Buccaneers, 6-4, on Sunday in the finale of the Buccaneer Invitational from the Charleston Southern Softball Complex.

ETSU (4-6) rallied late as the Bucs plated a run in the sixth, while getting an RBI double by Nikki Grupp (Jacksonville, Ga.) and an RBI single from Mykeah Johnson (Cohutta, Ga.) in the seventh. However, with two outs and the tying run at the plate, Haley Lenderman struck out Tiffany Laughren (Erwin, Tenn.) swinging to end the game.

Laughren and Grupp led the Buccaneer offense as they both finished with two hits. Laughren scored the game-tying run on a wild pitch in the fourth and crossed the plate for ETSU’s second run on Kelsey Chernak’s (Ooltewah, Tenn.) pinch-hit sacrifice fly RBI in the sixth. Johnson finished 1-for-3 with the RBI and a walk to extend her streak of reaching base safely to 10 consecutive games.

Senior preseason all-conference selection Lindsey Fadnek (Coalfield, Tenn.) got the start and picked up a no-decision after issuing one run on one hit with three strikeouts in 3.1 innings of work. Fadnek’s lone run allowed was a leadoff home run to Rachel Willis in the top of the fourth inning, which snapped a scoreless game. Junior Madison Ogle (Maryville, Tenn.) – who relieved Fadnek with one out in the fourth – suffered the loss (1-3). Ogle was charged with five runs (four earned) on five hits with three strikeouts in two innings.

UNCW starter Sarah Davis earned the win (1-0) in the circle for the Seahawks. Davis allowed one run on two hits in four innings, while Lenderman got the final out of the game to pick up her first save of the season. Rylee Pate was roughed up for three runs on three hits and two walks in 2.2 innings out of the pen.

Senior Lauren Moore led UNCW with two hits and also scored two runs. Moore scored the go-ahead run on a single in the fifth; while she also scored on Kelsey Bryan’s eventual game-winning hit an inning later as her two-RBI single made it a 6-1 game. Sophomore Hannah Adamczyk started the four-run sixth inning with a solo home run to left.

UNCW improved to 3-0 following the win.

The Bucs return to action next weekend as ETSU heads to Rock Hill, S.C., for the Winthrop/Adidas Tournament, which begins Friday, Feb. 24. ETSU will play five games over the three-day tournament, beginning with Eastern Kentucky at 11 a.m. on Friday.