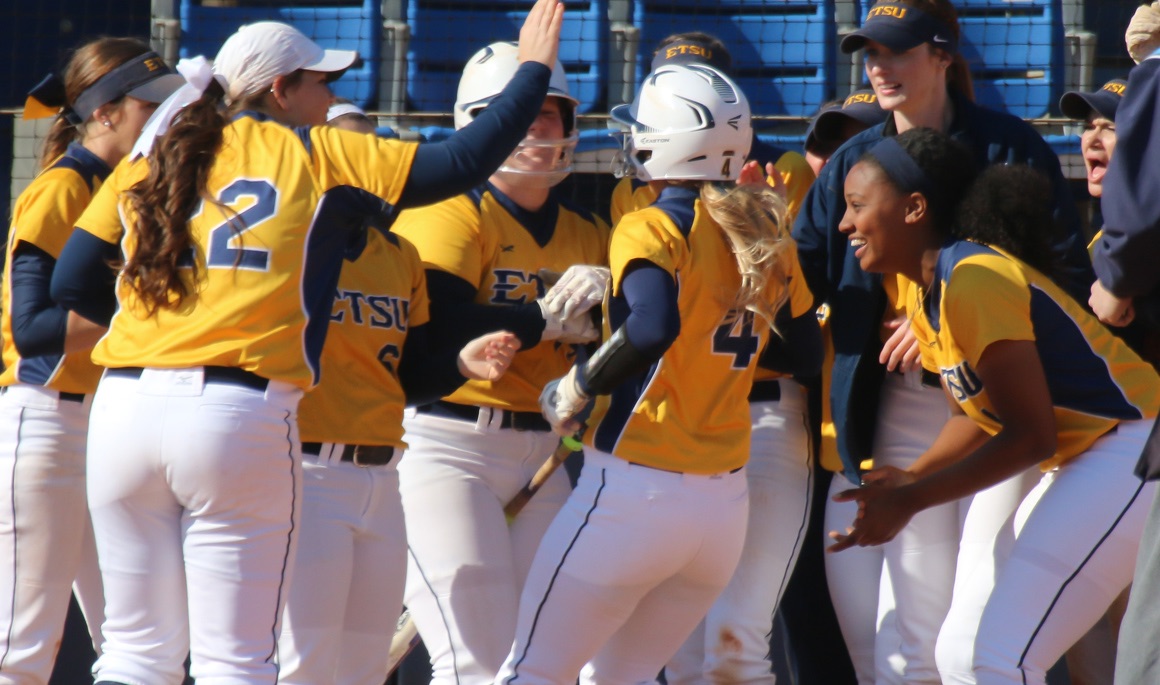 Friday’s doubleheader with Radford to start at noon

JOHNSON CITY, Tenn. (March 16, 2017) – After being on the road four of the first five weekends of the season, the ETSU softball team returns to Betty Basler Field to host Radford and Tennessee Tech in a pair of weekend doubleheaders.

The Bucs take on Radford in a pair of games Friday afternoon at 12 p.m., while playing two with Tennessee State starting at 1 p.m. on Saturday. Please note, due to rain expected to hit the area on Friday evening, the start time for the Radford doubleheader has been moved up to a noon start.

Tiffany Laughren (Erwin, Tenn.) and Cassi Pickett (Chattanooga, Tenn.) have both it safely in their last five games, while Mykeah Johnson (Cohutta, Ga.) has reached base in her last six contests. Pickett is hitting .667 (8-for-12) with two doubles, four walks and seven RBI during this streak, while Laugren is 8-for-18 with two doubles, one home run, five runs and four RBI in her last five games. Johnson – who has belted two home runs in her last four games – is hitting .450 (9-for-20) with two home runs, four walks, three RBI and eight runs in her last six games.

The Highlanders are led by Kayla Bishton, Brittany Wratchford and Marissa Gagliano … Bishton, a senior first baseman, leads the team in batting average (.340) and is tied for the team lead in hits (16), while Wratchford, a senior infielder, its hitting .333 (13-for-39) with four doubles, thee home runs and 11 RBI … Gagliano, a red-shirt sophomore shortstop, is 16-for-51 (.314) with one double, one triple and 13 runs scored, while also being 14-of-17 in stolen bases.

Sixteen of the Highlanders’ first 17 games have been on the road.

A year ago, Radford won 35 games and advanced to the Big South semifinals … The Highlanders return seven starters from that squad and were picked to finish fifth in the preseason conference coaches poll.

ETSU and Radford split a doubleheader last year in Radford, while the Highlanders lead the all-time series, 17-9.

Tennessee Tech won three straight last weekend at the Owl Challenge en route to improving to 7-15 on the season.

The Golden Eagles defeated the Bucs twice, while rallying past Michigan State, 10-8, on a walk-off grand slam by Callen Griffin.

In the circle, sophomore Leigh Ellen Thomas holds the team lead in wins (3), while senior Danielle Liberatore has 70 strikeouts in 59 innings of work.

Live Stats will be provided for all four games this weekend via StatBroadcast. To access live stats, please visit BucsStats.com.