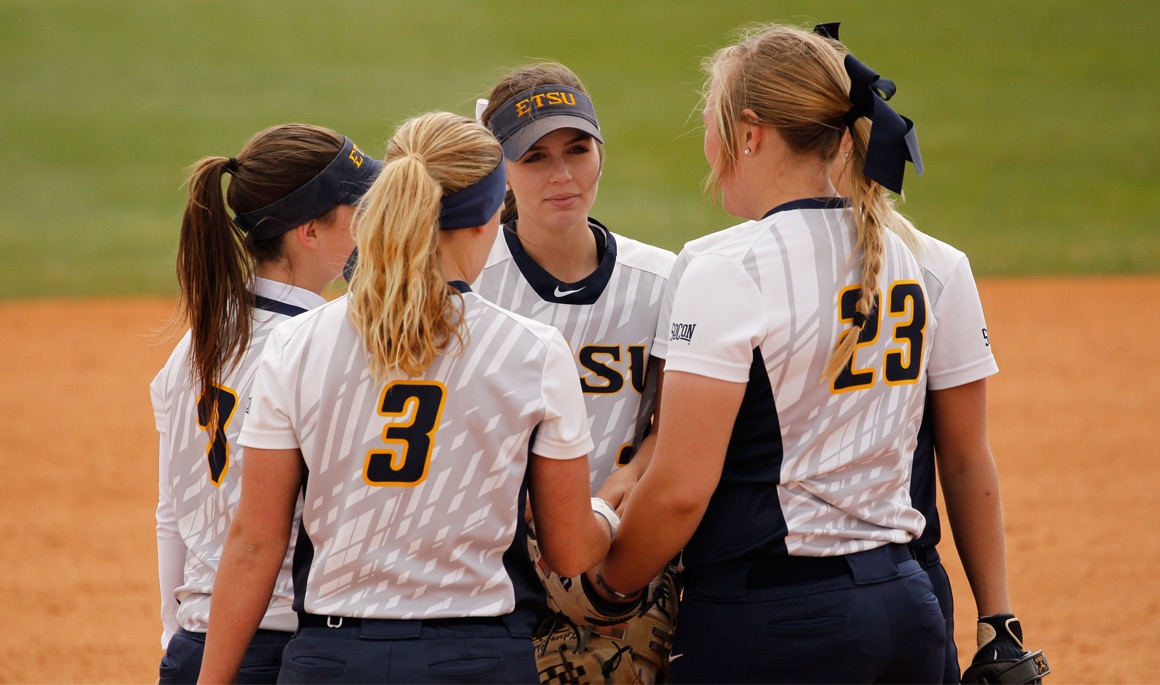 ETSU has won four of its last six games and enter the doubleheader with a 12-16 record.

The Bucs – who have won their last four home games – are making the final tune-up before Southern Conference play as ETSU hosts Mercer in a three-way series this weekend.

Taylor Carter (Brazil, Ind.) enters the doubleheader in search of moving up the ETSU career record list in RBI, doubles and runs … Carter needs two RBI to pass Katy Jett (2007-10) for fourth all-time, two doubles to move into a tie for fifth and one run scored to move into ninth in program history … Carter is also five home runs shy of tying the program record.

As a team, the Bucs rank third nationally in doubles per game (1.89), while Laughren ranks third in doubles and Knoetze is eighth … Knoetze also ranks 47th among Division I players in home runs, while freshman Nikki Grupp (Jacksonville, Fla.) is the 31st toughest player to strikeout (1:34.5) in the country.

In the circle, both Madison Ogle (Maryville, Tenn.) and Kelly Schmidt (Norcross, Ga.) both rank 25th nationally in saves (2).

Ogle also ranks fifth in the SoCon in opposing batting average (.264), is tied for sixth in wins (5), ranks seventh in ERA (3.82) and eighth in strikeouts (47) and innings pitched (69.2) … Fellow Buccaneer hurler Lindsey Fadnek (Coalfield, Tenn.) has allowed the fewest hits among SoCon pitchers (34), ranks fourth in opposing batting average (.236) and sixth in batters struck out looking (16).

Presbyterian has dropped six of its last eight and enters Wednesday’s doubleheader at 12-21 overall.

The teams have split the last two meetings, while Presbyterian holds a slight 8-7 lead in the series.

Knoetze, Carter and Kelsey Smith (Tucson, Ariz.) have all homered against the Blue Hose, while Ogle has tossed 2.1 scoreless innings back in 2015.

There will be live video and live stats available for Wednesday’s doubleheader.

Live video will be offered via You Tube, while live stats for both games will be available on StatBroadcast.