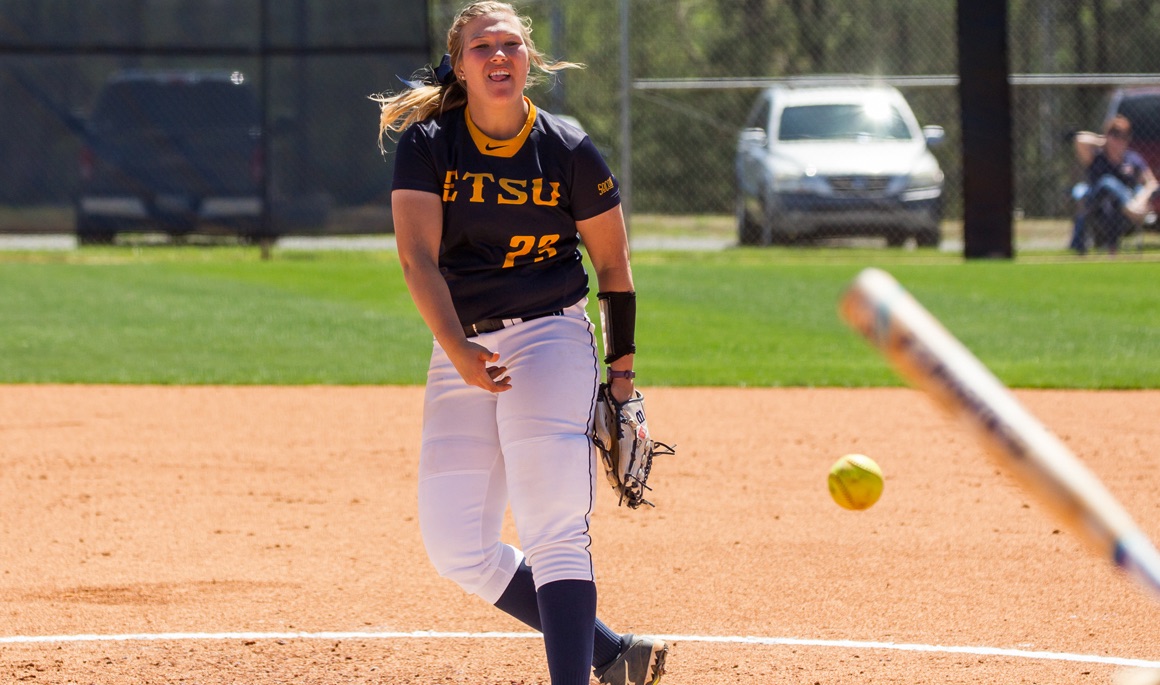 Ogle – who recorded her first collegiate complete game shutout – became the first Buccaneer pitcher to accomplish the feat since April 16, 2014 when teammate Taylor Carter (Brazil, Ind.) went the distance in a 5-0 win over Furman. Ogle made quick work of Mercer’s lineup as only one hitter reached second base, while the Maryville, Tenn. native retired the Bears in order in four of the seven innings and faced just two over the minimum.

The Buccaneer junior right-hander improved to 7-8 on season as she allowed the three hits, while striking out two and issuing no walks. After allowing a leadoff double to Quirisa Mauga in the second inning, Ogle faced the minimum until surrendering a two-out single to Mauga in the seventh. Ogle closed things out by getting Caroline Taylor out swinging for the second time of the game, which sent the Buccaneer faithful home happy.

The Bucs – who posted hits in each of the six innings – couldn’t push runs across until the sixth when Danielle Knoetze (San Diego, Calif.) dropped a double between the Mercer left and center fielders, and trotted home when Laughren sent a 1-2 pitch over the fence in left-center, giving ETSU the 2-0 lead.

Knoetze registered two of ETSU’s eight hits as she also singled in the fourth, while Laughren’s homer was her second of the season – first since March 10 (vs. Tennessee Tech). Kelsey Chernak (Ooltewah, Tenn.) accounted for the Bucs’ third extra-base hit of the game as she doubled down the left field line in the third inning. Following a leadoff single in the bottom of the first, Mykeah Johnson (Cohutta, Ga.) extended her hit streak to seven games, while Nikki Grupp (Jacksonville, Ga.) – who singled to left in the fifth – has reached base safely in her last eight contests. Knoetze and Laughren have reached base in their last seven games.

The top two hitting teams in the SoCon combined for seven runs in the series, while the Buccaneer pitching staff went 2-1 with a 0.67 ERA (2 ER/21.0 IP) in the three games. A year ago, the two teams combined for 35 runs on 47 hits as ETSU won two of three over the Bears in Macon, Ga.

The Bucs return to action next weekend as ETSU heads to Alabama for a three-game conference series at Samford, beginning Saturday afternoon at 2 p.m. (Eastern) at Samford Softball Field.