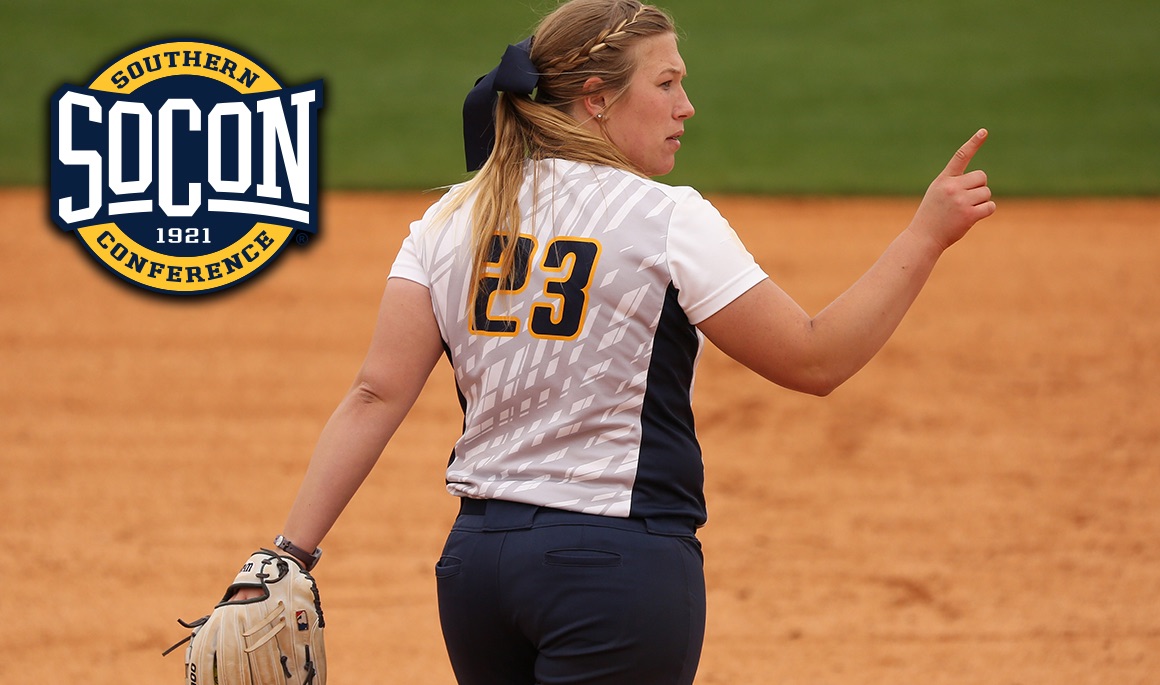 Ogle – who went 2-1 with a 1.00 ERA (3 ER/21.0 IP) in three starts last week – recorded her first collegiate complete game shutout in Sunday’s 2-0 series-clinching win over Mercer at Betty Basler Field. The complete game shutout was the first by a Buccaneer pitcher since April 16, 2014 when Taylor Carter (Brazil, Ind.) blanked Furman, 5-0. Overall, Ogle struck out 14 hitters and walked only two in the 21 innings pitched, while also limiting the opposition to a .213 batting average in three complete game performances.

Ogle began the week pitching the Bucs to a 3-2 game one win over Presbyterian on Wednesday where she allowed two runs on seven hits with four strikeouts in seven innings. The Maryville, Tenn. native followed that up by tying a career high in strikeouts (8) in a 2-0 loss in game one of the series versus Mercer on Saturday. Ogle allowed just one earned run on six hits in that start. Less than 24 hours later, Ogle returned to the circle in dominating fashion as she tossed a three-hit shutout to earn the series win on Sunday. Ogle made quick work of Mercer’s lineup as only one hitter reached second base, while the Buccaneer hurler native retired the Bears in order in four of the seven innings and faced just two over the minimum. Ogle struck out two and walked none in the three-hit shutout.

This marks the second time this season Ogle has received the honor as she picked up the first weekly award of the season back on February 13. Ogle is just the third pitcher in program history to earn the award twice in one season – joining teammate Lindsey Fadnek (2016) and Courtney Jenkins (2001).

Ogle and the Bucs return to action this weekend as ETSU opens a three-game SoCon series at Samford, beginning Saturday afternoon at 2 p.m. (Eastern).