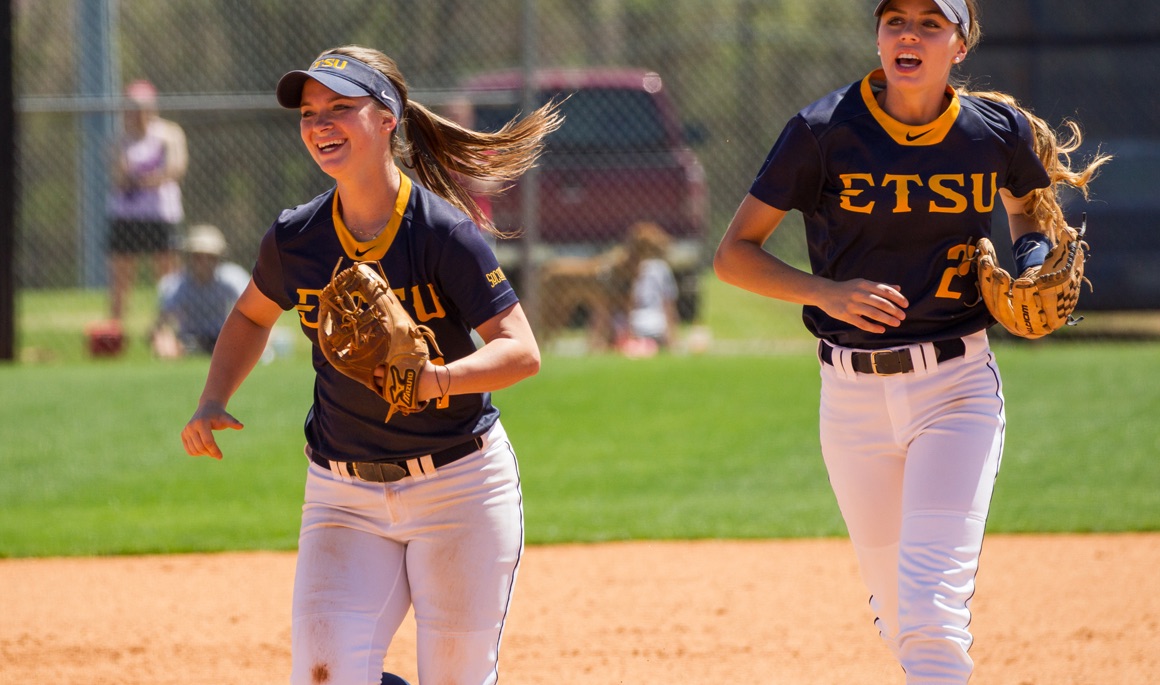 BIRMINGHAM, Ala. (April 7, 2017) – After opening Southern Conference play with a series win over Mercer last weekend, the ETSU softball team looks to build upon its momentum as the Buccaneers take on defending regular season and tournament champion Samford this weekend in Birmingham.

The Bucs and Bulldogs will play a doubleheader on Saturday, while wrapping up the series on Sunday. The start times for both days are set for 2 p.m. (Eastern).

The Bucs – who have won eight of their last 11 – took two of three from Mercer last weekend at Betty Basler Field and enter this weekend’s road series at 16-17 overall, 2-1 in SoCon.

ETSU’s series win over Mercer marked the first time since 2004 that the Bucs have won a series to open conference play.

As a team, the Bucs rank third nationally in doubles per game (1.85), while Tiffany Laughren (Erwin, Tenn.) and Danielle Knoetze (San Diego, Calif.) rank 19th in doubles (12) … Freshman Nikki Grupp (Jacksonville, Fla.) is the 17th toughest player to strikeout (1:41.0) in the country.

Earlier this week, Ogle earned SoCon Pitcher of the Week honors, while Knoetze was tabbed SoCon Player of the Month for March.

Samford is coming off a series sweep at Chattanooga last weekend and sits 14-24 overall and 4-2 in the SoCon.

Offensively, Samford is led by junior outfielder Shelby Maze and senior catcher Abby Sweeney … Maze leads the SoCon in batting average (.442) and hits (61), while ranking second in on-base percentage (.465) and runs (30) … Sweeney ranks second in the conference in RBI (30), is tied for third in home runs (6) and is tied for sixth in walks (16).

As a team, Samford ranks second in the SoCon in hits (282), while being tied for third with ETSU in runs scored (150).

The Bulldogs have only played eight games at home with Samford going 2-6 in those contests … Sixteen of the Bulldogs’ 38 games have been decided by one run (5-11 in those games).

In six career games (five starts) against Samford, Cassi Pickett (Chattanooga, Tenn.) is hitting .429 (6-for-14) with two doubles, four walks, one run and one RBI … Danielle Knoetze is 4-for-12 and Tiffany Laughren is 2-for-6 with an RBI against the Bulldogs … Lindsey Fadnek earned the win last season as she allowed one run on three hits with seven strikeouts in the complete game effort.

The Bucs are 0-3 all-time against Samford in Birmingham, while three of the seven games have been decided by two runs or less.

Live stats and live video will be available for all three games this weekend … Please click the links above to access live stats or visit SamfordSports.com … Live video will be provided free of charge via the SoCon Digital Network.