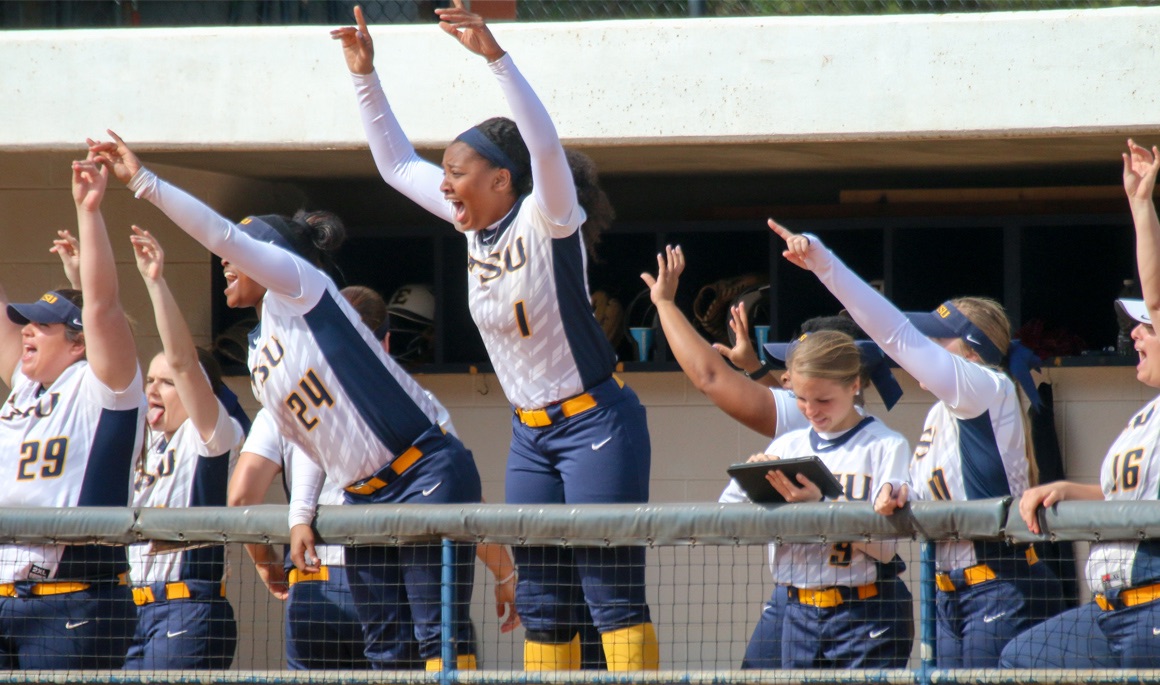 The Bucs and Mocs will play a doubleheader on Friday beginning at 4 p.m., while concluding the series with a 1 p.m. first pitch on Saturday.

ETSU enters the weekend with a 17-19 overall record and sits 3-3 in the conference.

Junior right-hander Madison Ogle (Maryville, Tenn.) is 2-2 with a 1.17 ERA (4 ER/24.0 IP) in four starts in SoCon play … Ogle – a two-time SoCon Pitcher of the Week recipient – has 19 strikeouts to one walk against conference foes this season.

Junior Kelsey Chernak (Ooltewah, Tenn.) is 10 hits shy of No. 100 for her career, while Carter, Knoetze and Kelsey Smith (Tucson, Ariz.) all rank in the top-5 all-time in home runs … Carter is second with 30, Knoetze is tied for third at 25 and Smith is fifth with 21 … Following her two-homer game last Sunday, Carter now ranks fourth all-time in RBI (107), seventh in total bases (262) and doubles (30), and ranks ninth in runs scored (85).

The Bucs have won eight of their last nine games at Betty Basler Field … During this nine-game stretch, ETSU is hitting .332 (77-for-232) with 17 doubles, three triples and three home runs, while outscoring the opposition 36-19 … As a staff, the Buccaneer hurlers have posted a 1.81 ERA (16 ER/62.0 IP) and are limiting the opposition to a .221 batting average over this nine-game stretch.

Chattanooga has dropped five of its last six and enters the weekend 12-27, 2-7.

The Mocs are a strong offensive team as they are hitting .281 with 52 doubles, five triples and 20 home runs.

Chattanooga has four players that have hit at least four home runs this season – including junior Ashley Conner … Conner is hitting .325 with eight doubles, four home runs, 18 runs and 21 RBI, while junior Brook Womack leads the team with five homers.

Freshman left-hander Payten Price has posted seven of Chattanooga’s 12 wins in the circle … Price has appeared in 24 of the Mocs’ 39 games and has made 19 starts with nine complete games.

Chattanooga leads the all-time series 22-5; however, the Bucs won the regular season series last year in Chattanooga … The Mocs defeated ETSU, 6-3, in an elimination game at the SoCon Tournament a year ago.

The teams have met nine times in Johnson City with the Mocs winning eight of the nine contests … ETSU’s lone win over the Mocs at home was a 2-1 victory back on April 5, 2003.

Nine games in the series have been decided by two runs or less.

Live stats and live video will be available for all three games this weekend … Please click the links above to access live stats or visit BucsStats.com … Live video will be provided free of charge via the Buccaneer Sports Network on YouTube … Parker Schwartz and Fielder Dennis will be on the call.