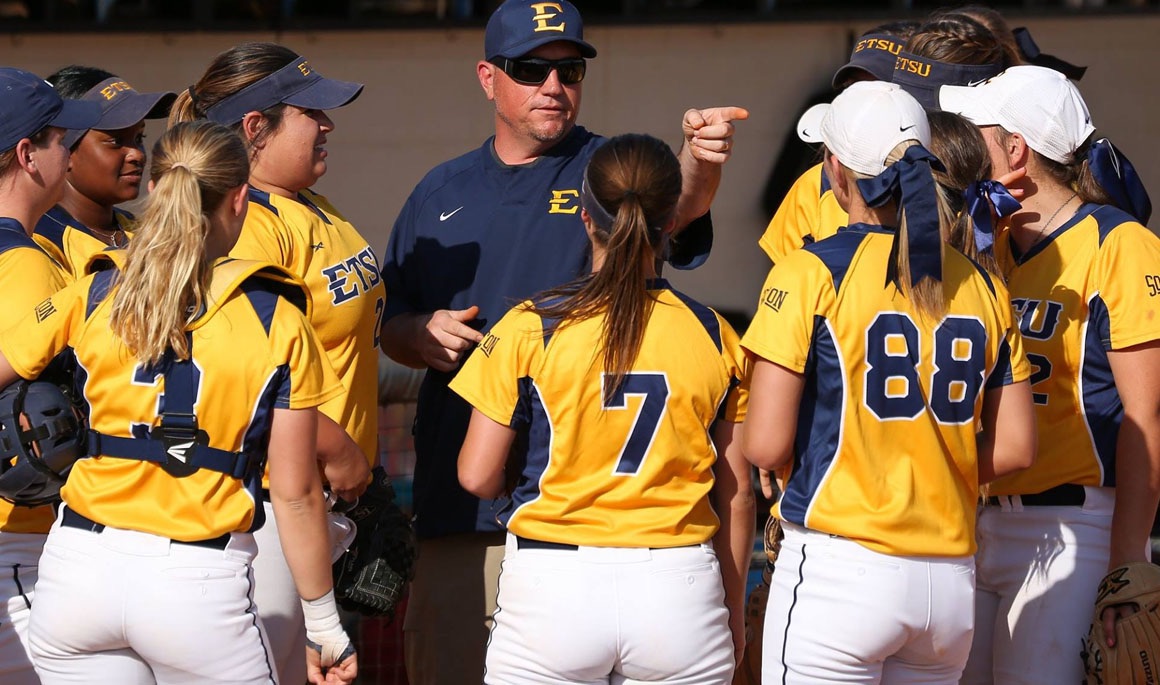 CULLOWHEE, N.C. (April 21, 2017) – With the ETSU softball team reaching the midway point of Southern Conference play, the Buccaneers look to continue their winning was as the Blue and Gold open a three-game series at Western Carolina on Saturday.

The teams will play a doubleheader starting at noon on Saturday, while wrapping up the weekend with a 2 p.m. first pitch on Sunday.

The Bucs – who have won their last four SoCon games – swept the conference series with Chattanooga this past weekend at home … Following the sweep, ETSU sits 20-19 overall, 6-3 in conference play ... The Blue and Gold enter the weekend in a tie for second place and one game back of league-leading Furman.

The four-game SoCon win streak marks the longest stretch since the Bucs rattled off six straight conference wins from April 6-13, 2007.

In the three games against Chattanooga, the Bucs hit .321 (25-for-78) with three doubles, one home run, 16 walks, and four hit by pitches, while outscoring the Mocs, 20-9 … Meanwhile, the Buccaneer pitchers went 3-0 with a 3.00 ERA (9 ER/21.0 IP) with three saves … Following the three saves this past weekend, ETSU now has 10 on the season, which is one shy of tying the single-season program record.

Offensively, the Bucs are also eyeing program records … ETSU is 10 doubles shy of the single-season record of 75 (set in 2002), while the Blue and Gold need 11 walks to break the mark of 140, which was also set in 2002 … ETSU’s 14 sacrifice flies are tied for the most in program history.

Individually, senior Mykeah Johnson (Cohutta, Ga.) broke the single-season walks record this past weekend against Chattanooga … Johnson has walked 28 times this season, breaking Tiffany McVay’s previous record of 25, set in 2002 … Against Chattanooga, Johnson reached base seven times in the series – four walks, one hit by pitch and two hits … One of the two hits was the game-winner as her grand slam in the bottom of the fifth inning in game three lifted ETSU to a 10-5 victory.

Senior right-hander Lindsey Fadnek (Coalfield, Tenn.) factored in two of the three wins over the weekend against the Mocs … Fadnek went 1-0 with a 0.88 ERA (1 ER/8.0 IP) and one save in two appearances … Fadnek – who took a shutout into the seventh inning in game two on Friday – earned the win in the 3-1 victory, while she came in and recorded the final six outs Saturday to clinch the sweep.

Madison Ogle (Maryville, Tenn.) – who entered the year with five career wins in the circle in two seasons with the Bucs – is looking to double the win total this week … Ogle picked up her ninth win of the season in Friday’s 7-3 game one victory.

Western Carolina is back in action after sweeping a doubleheader over North Carolina A&T back on April 13 … The Catamounts are 12-23 overall, 2-7 in SoCon play.

Through nine conference games, Western Carolina leads all teams with a .293 batting average, while the Catamounts’ 16 doubles are tied for the league lead and their 10 home runs in SoCon play rank second.

Sophomore left-hander Lily Hayes leads the Western Carolina pitching staff with five wins and has recorded one of the Catamounts’ two shutouts this season, while senior Courtney Buchanan leads the team in ERA (3.72), IP (81.0), starts (11) and strikeouts (60).

After dropping its first six SoCon games, Western Carolina won two of three at Chattanooga back on April 8-9.

Sixteen of the Catamounts’ 35 games have been decided by two runs or less … Western Carolina is 1-8 in one-run games and 3-4 in two-run contests.

ETSU leads the all-time series 15-9; however, the Catamounts have won four of the last five meetings in the series.

Last season the Catamounts took two of three from ETSU in Johnson City … The teams combined for 40 runs on 60 hits in the series – including 13 home runs.

Live stats will be available for all three games, while Saturday’s doubleheader will be streamed on the SoCon Digital Network … Please click the links above to access live video and live stats.