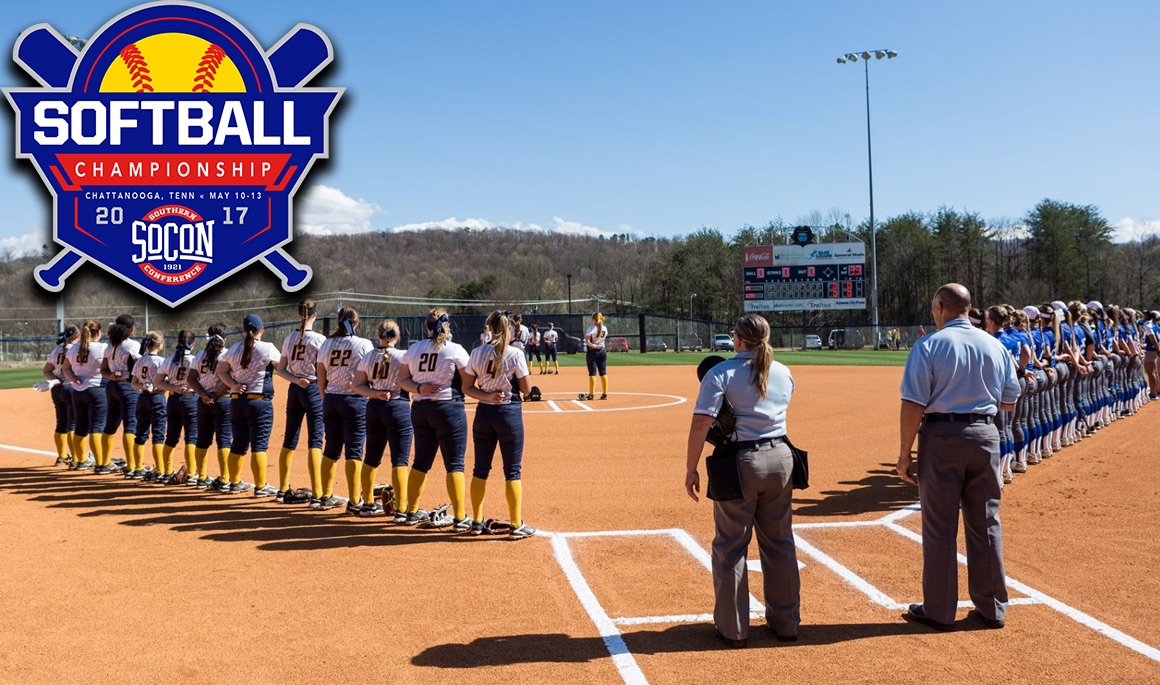 ETSU will take on Western Carolina on Day One of the SoCon Championship on Wednesday at 3 p.m. in Chattanooga.
Field set for 2017 SoCon Softball Championship

ETSU earns No. 3 seed and takes on No. 6 Western Carolina Wednesday at 3 p.m. in Chattanooga

JOHNSON CITY, Tenn. (May 7, 2017) – The 2017 Southern Conference softball regular season came to an end on Sunday, which means the field is set for the upcoming conference tournament that opens Wednesday morning at Chattanooga’s Frost Stadium.

ETSU – who ended the regular season at 25-24 overall, 10-7 in the conference – earned the No. 3 seed and will begin its run for a tournament title Wednesday afternoon against No. 6 seed Western Carolina. First pitch between the Buccaneers and Catamounts is set for 3 p.m.

ETSU and Western Carolina split a doubleheader last month in Cullowhee with the series finale being cancelled due to rain. The Catamounts won game one, 8-3, while the Blue and Gold bounced back with a 3-1 win in game two.

The two teams have met 26 times with ETSU leading the all-time series, 16-10; however, Wednesday marks their first ever meeting in a conference tournament game.

Samford and Mercer open the conference tournament Wednesday at 10 a.m. in the No. 4-5 game, while top-seed UNCG plays the winner of that game Thursday at 12:30 p.m.

The SoCon Championship will be video streamed on the SoCon Digital Network on Wednesday, Thursday and Friday, while the championship game(s) will be broadcast on ESPN3.

For more information on the SoCon Championship, visit SoConSports.com or click here. Click here to view the championship bracket.