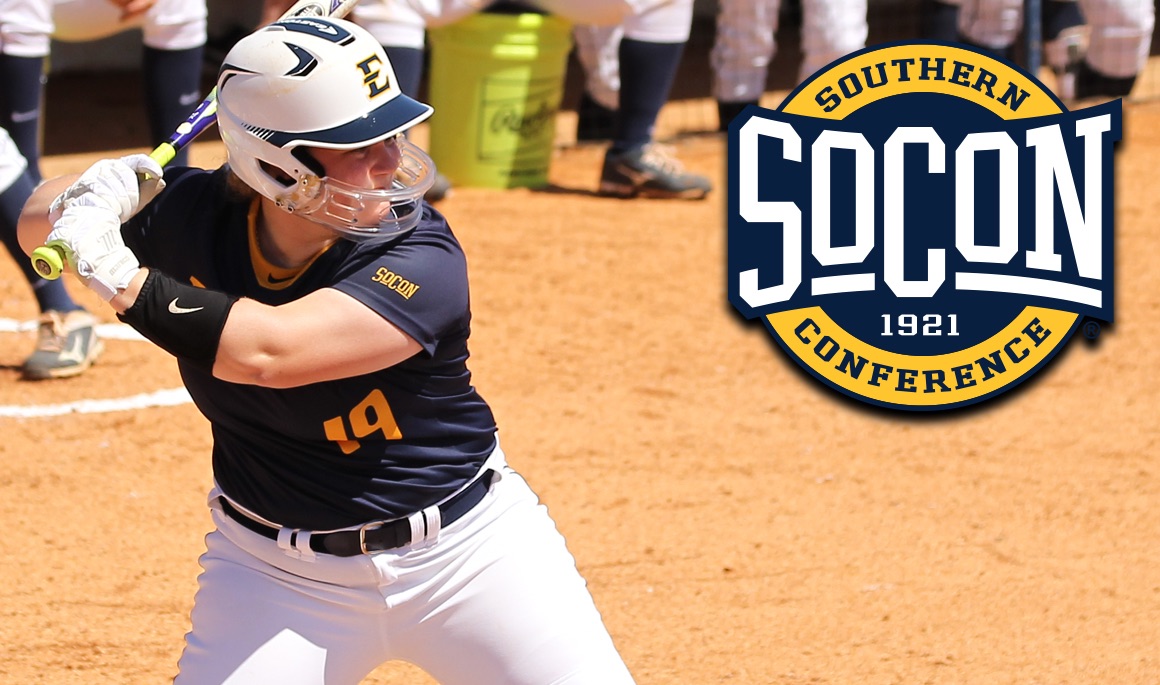 Buccaneer sophomore outfielder hit .875; reached base in 11 of 12 plate appearances in ETSU’s three-game series at UNCG

In last weekend’s three-game series at UNCG, Laughren hit a blistering .875 (7-for-8), while reaching base in 11 of her 12 plate appearances. Three of Laughren’s seven hits went for extra-bases as she registered two doubles and one home run. Laughren also drove in five runs and walked four times, while generating a 1.500 slugging and .917 on-base percentage.

On Saturday, Laughren reached base safely in all nine plate appearances as she helped the Bucs split a doubleheader with the Spartans. Laughren went 1-for-1 with three walks in game one, while going 4-for-4 with a double, home run, three RBI and a walk in the 9-7 victory in game two. Laughren – who tied a single-game program record with three walks in game one – also tied a career-high with a four-hit game in the nightcap. On Sunday, the Erwin, Tenn. native went 2-for-3 with a double and two RBI in the 7-2 setback.

Laughren’s two doubles increased her season total to 17, while moving ETSU’s team total to 75, which ties the single-season program record. Following her outstanding play over the weekend, Laughren’s batting average jumped 29 points to .393. Overall, Laughren took over the SoCon lead in doubles, while she ranks second in batting average and on-base percentage (.497), third in slugging percentage (.614) and fifth in hits (55).

Laughren and the Bucs gear up for the SoCon Championship, which begins Wednesday at Chattanooga’s Frost Stadium. ETSU earned the No. 3 seed and takes on No. 6 seed Western Carolina at 3 p.m.

For more information Buccaneer softball, visit ETSUBucs.com and click on the softball page.