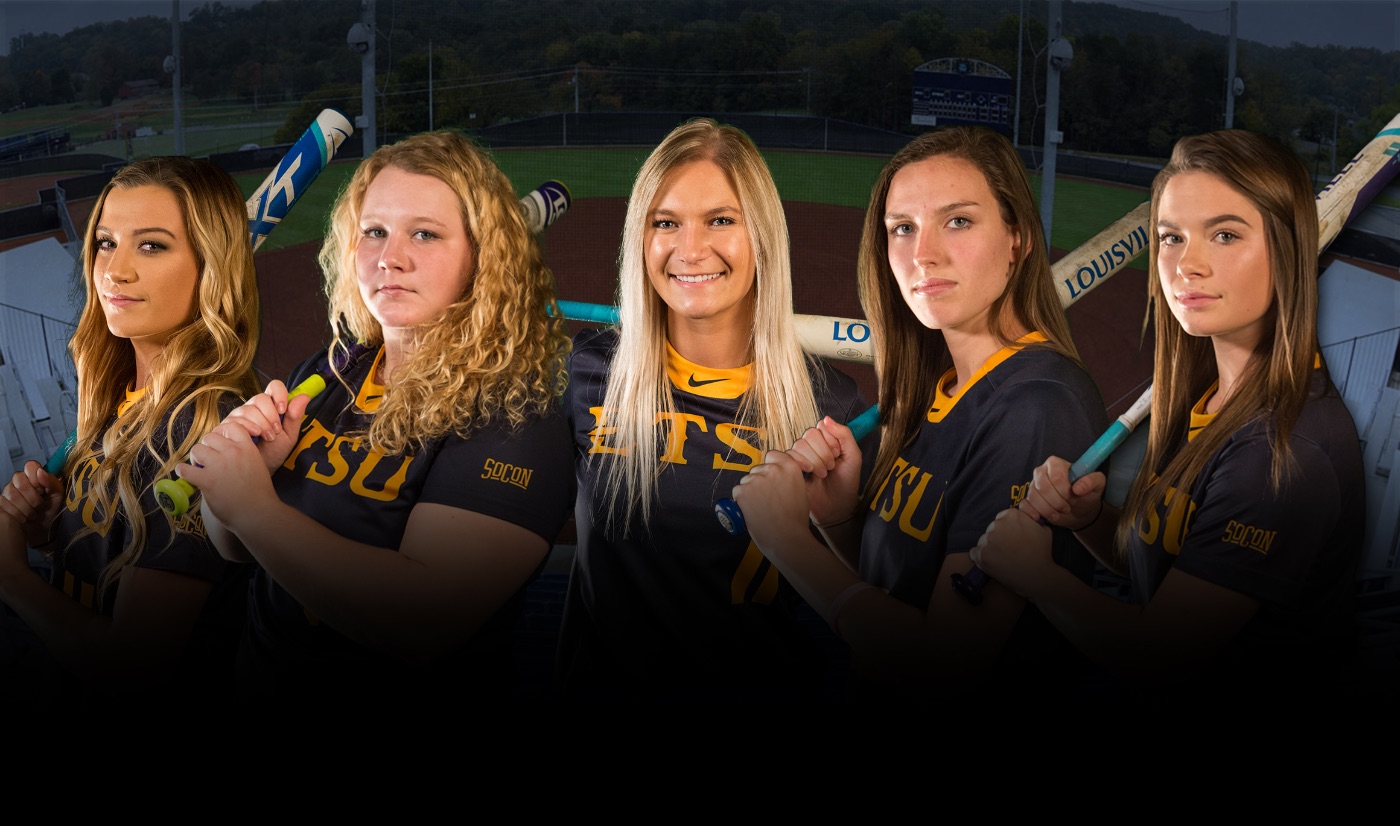 CHATTANOOGA, Tenn. (May 9, 2017) – Coming off one of its most decorated seasons in program history, the ETSU softball team had a lot to celebrate on Tuesday as the Southern Conference released its postseason awards, which was highlighted by senior outfielder Danielle Knoetze (San Diego, Calif.) being named Player of the Year.

The five all-conference honors mark a program record, while Knoetze joins Janine Sprague (2005) as the only two Buccaneers to receive the Player of the Year accolade.

Knoetze had one of the best seasons by a Buccaneer as she hit .361 (57-for-158) with 15 doubles, 10 home runs, 32 runs and 37 RBI in 48 games (46 starts). The San Diego, Calif. native also generated .646 slugging and .402 on-base percentages, along with totaling 15 multi-hit and 11 multi-RBI games. Knoetze led the SoCon in home runs, slugging percentage and total bases (102), while ranking third in doubles, fourth in hits and RBI, fifth in average and seventh in runs. The Buccaneer slugger registered at least one hit in 33 games and posted her 100th career hit on March 10 against Tennessee Tech. Knoetze was named SoCon Player of the Month in March where she hit .415 (22-for-53) with six doubles, five home runs, 15 runs and 13 RBI in 15 games. With her 10 home runs, Knoetze became just the fourth player in program history to register double-digit homers in a season, while several of her marks rank in the top-five in ETSU single-season history – second in slugging percentage, third in doubles and fourth in home runs and average.

Carter started all 49 games and has played in 184 of the possible 189 games over her career for the Blue and Gold. The Brazil, Ind. native posted a .338 average (49-for-145) this season with six doubles, one triple, nine home runs, 26 runs and 33 RBI, along with .579 slugging and .389 on-base percentages. Carter ranks second in the SoCon in home runs, fourth in slugging percentage, seventh in average and RBI, and eighth in hits. The Buccaneer senior recorded 13 multi-hit and six multi-RBI games, while also posting a pair of two-home run games. Carter led all ETSU players with 19 hits in conference games, where she hit .365 with three home runs and nine RBI. Carter ranks second all-time in ETSU history in home runs (31), fourth in RBI (111), sixth in total bases (282), seventh doubles (31) and ranks eighth in runs scored (88).

For the second straight year, Laughren received all-conference honors as she was placed on the All-Freshman team in 2016. Laughren exploded out of the gates to start the season, and she never took her foot off the gas pedal as she was named Player of the Month in February after hitting .477 with seven doubles and 21 hits in 44 at-bats in the Bucs’ first 15 games. Overall, Laughren earned two SoCon Player of the Week honors and also took home Student-Athlete of the Week honors on March 22. Laughren started all 49 games for the Blue and Gold and led the team in average (.393), doubles (17), and on-base percentage (.497). The Erwin, Tenn. native is also among SoCon leaders in doubles (1st), average (2nd), on-base percentage (2nd), slugging percentage (3rd), and hits (5th, 55). Laughren also led the Bucs with 16 multi-hit games and was tied for the team lead with 11 multi-RBI games.

Grupp and Toler played significant impacts in their first season in the Blue and Gold. Grupp started 41 games and hit .278 (32-for-115) with eight doubles, one home run, 15 RBI, 26 runs, 22 walks and a .420 on-base percentage. Grupp led all SoCon freshmen in on-base percentage, while 12 of her hits and 11 of her walks came in conference play. Like Grupp, Toler also played in 41 games in her rookie season (32 starts) and hit .310 in 17 SoCon games. Toler made 26 starts behind the plate for the Bucs where she threw out a team-best 10 base runners, which ranks fourth among SoCon catchers. The Bradenton, Fla. native was the only catcher this season to throw out Mercer’s Taylor Miller (31-of-33) as she accomplished the feat twice in the series win over the Bears.

Furman swept the other top honors as Lindsey Bert was pegged Pitcher of the Year, Casey Bigham was named Freshman of the Year and Kyle Jameison was voted Coach of the Year.

The Bucs open play in the Southern Conference Championship on Wednesday as the third-seeded Buccaneers face No. 6 seed Western Carolina at 3 p.m. from Chattanooga’s Frost Stadium.

For more information Buccaneer softball, visit ETSUBucs.com and click on the softball page.