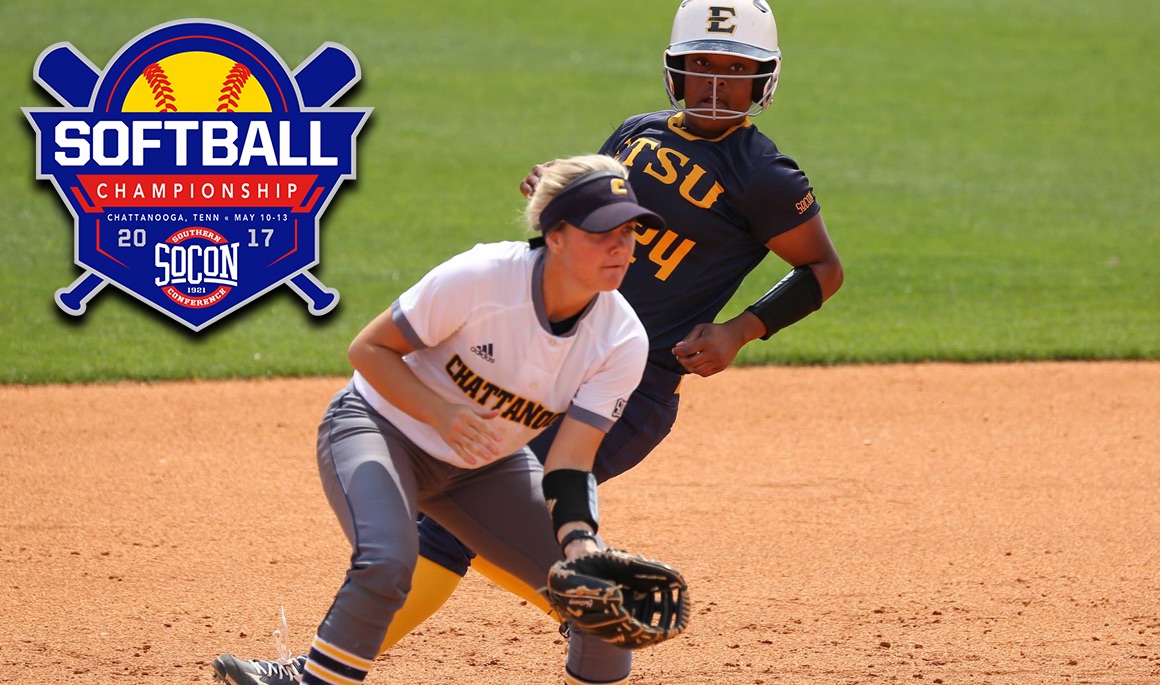 ETSU and Chattanooga will meet for the 41st time on Thursday.
ETSU to face Chattanooga in next round of SoCon Championship on Thursday
#3 ETSU at #7 Chattanooga | May 11, 2017
Related Links

Winner advances to semifinals on Friday

CHATTANOOGA, Tenn. (May 10, 2017) – Coming off its first postseason conference tournament win in over nine years, the ETSU softball team looks to carry the momentum into day two of the Southern Conference Championship as the third-seeded Buccaneers take on No. 7 seed Chattanooga Thursday afternoon at 3 p.m. from Frost Stadium.

The Bucs opened the tournament with a 7-0 win over No. 6 seed Western Carolina on Wednesday afternoon. The win marked ETSU’s first conference tournament victory since May 9, 2008 when ETSU defeated Gardner-Webb in Atlantic Sun Tournament, while it was its first SoCon Tournament win since knocking off Georgia Southern, 5-4, on May 13, 2004.

With Wednesday’s win over the Catamounts, ETSU improved to 26-24.

Chattanooga pulled off a 5-4 win over No. 2 seed Furman earlier on Wednesday to advance in the winners bracket. Chattanooga improved to 15-36 following the one-run victory over the Paladins.

The Buccaneers swept Chattanooga in the regular season series in Johnson City back on April 14-15. The sweep marked the first time ETSU accomplished the feat over the Mocs in program history. ETSU out-scored the Mocs 20-9 in the series; however, Chattanooga out-hit the Bucs, .340 to .321. Senior Taylor Carter (Brazil, Ind.) hit .600 (6-for-10) with one RBI In the series, while Tiffany Laughren (Erwin, Tenn.) and Danielle Knoetze (San Diego, Calif.) accounted for eight hits, two doubles, four runs and five RBI. Senior Mykeah Johnson (Cohutta, Ga.) belted a grand slam in the 10-5 game three win and scored four runs in the series. Senior right hander Lindsey Fadnek (Coalfield, Tenn.) went 1-0 with a 0.88 ERA (1 ER/8.0 IP) with one save in two appearances (one start), while fellow seniors Sharlene Godoy (La Puente, Calif.) and Rebecca Wahrmund (Morrilton, Ark.) had a scoreless appearances en route to earning a save.

Thursday marks the 41st all-time meeting between ETSU and Chattanooga with the Mocs holding a 22-8 lead; however, the Bucs have won five of the last seven meetings. The two teams have met in the conference tournament four times with Chattanooga winning three of the four games. ETSU’s lone postseason win came in 2003 when the Bucs defeated the Mocs, 1-0.

Thursday’s game will be video streamed live on the SoCon Digital Network, while live stats will be offered via GoMocs.com.