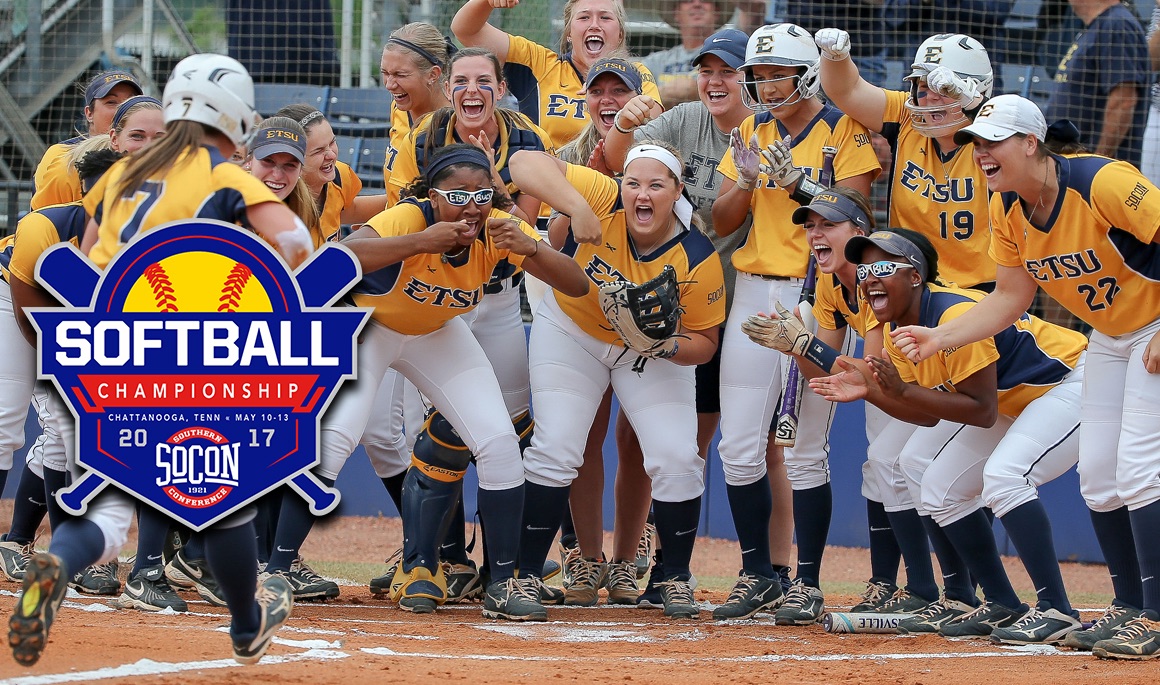 CHATTANOOGA, Tenn. (May 12, 2017) – The ETSU softball team will look to cap off its perfect run in the Southern Conference Championship as the third-seeded Buccaneers face No. 4 seed Samford in the title game on Saturday afternoon at 1 p.m. at Frost Stadium.

The Bucs remained undefeated in tournament play by defeating No. 5 seed Mercer, 4-3 in nine innings on Friday. The win moved the Blue and Gold straight into the championship, while Samford had to win a pair of games on Friday to reach the title game.

ETSU – who knocked off No. 6 seed Western Carolina on Wednesday and No. 7 seed Chattanooga on Thursday – need to only win one game on Saturday, while the reigning tournament champion Bulldogs have to beat the Bucs twice.

The Blue and Gold notched their 10th one-run victory and second extra-inning win of the season on Friday en route to improving to 28-24. The 28 wins are the third-most in program history and the most since 2008 when the Bucs won a program-best 30 games.

Freshman Nikki Grupp (Jacksonville, Fla.) is leading the Bucs at the plate as she’s 3-for-7 with one double, home run, three walks, four runs and three RBI, while senior Taylor Carter (Brazil, Ind.) is hitting .400 (4-for-10) with a double, run and RBI. Junior Malloree Schurr (Montgomery, Texas) and freshman Kylie Toler (Bradenton, Fla.) are also both hitting .300 in the tournament. Schurr – who made Top 10 Plays on Sports Center Thursday – is 3-for-8 with one double, run and RBI, while Toler is hitting .333 with a triple, home run, four runs and two RBI. Senior Mykeah Johnson (Cohutta, Ga.) has reached base in all three games to extend her on-base streak to a career-best 17 consecutive games.

Samford lost its first game of the tournament to Mercer on Wednesday, but the Bulldogs have now rattled off three straight wins to get to the championship. Samford held on for a 9-8 win over Chattanooga on Thursday night before defeating top-seed UNCG 3-1 and Mercer 4-3 on Friday.

The Bulldogs carry a 25-35 record into Saturday’s championship.

Samford won the regular season series over the Bucs back on April 8-9 in Birmingham, and the Bulldogs lead the all-time series, 8-2. ETSU won the last meeting, 6-1, as the Blue and Gold hit three home runs in the April 9 victory. Carter hit two home runs, while Kelsey Smith (Tucson, Ariz.) had a two-run pinch-hit home run in the seventh inning. The two teams have met once in postseason play with the Bulldogs taking a 3-1 decision in 2015.

Despite both teams scoring eight runs in the regular season series, the Bucs still dropped two of the three games in Birmingham. ETSU’s pitchers registered a 2.21 ERA (6 ER/19.0 IP) with 17 strikeouts; however, the Buccaneer offense was held to a .160 batting average (12-for-75). Smith and Toler both went 1-for-2 in the series, while Carter was 3-for-8 with the two home runs and four RBI. Ogle earned the win on Sunday, while senior Rebecca Wahrmund (Morrilton, Ark.) tossed three scoreless innings with four strikeouts to earn the save. Ogle allowed two runs on seven hits with seven strikeouts in the 2-0 game one setback, while allowing one run on four hits in four innings in the 6-1 win in game three. Fadnek tossed a complete game in the 5-2 loss in game two where she issued five runs (three earned) on eight hits with four strikeouts and four walks in six innings.

Saturday’s game will be broadcast live on ESPN3, while live stats will be provided via GoMocs.com. Please click the links above to access live video and live stats.