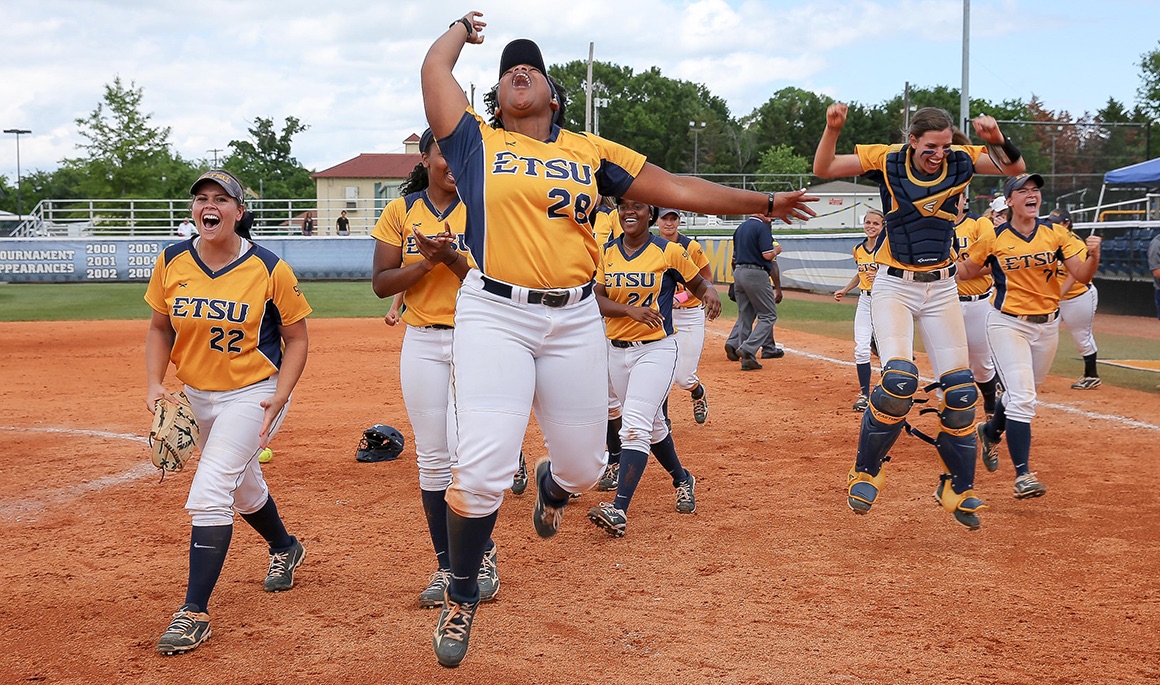 NCAA Softball Tournament Selection Show to be broadcast live on ESPN2 at 10 p.m.

JOHNSON CITY, Tenn. (May 14, 2017) – The ETSU softball team will hold a Selection Show party Sunday night at the Humphreys Center, which is located inside the second floor of MSHA Athletic Center.

The entire NCAA Tournament field, including the 16 regional sites, will be announced live on ESPN2 starting at 10 p.m. Fans are welcome to join the Buccaneer players, coaches and staff as they await the destination to their first ever NCAA Tournament.

The Bucs went 4-0 this past week at the Southern Conference Championship to secure the league's automatic bid to the NCAA Tournament.

ETSU ran through the tournament as the Bucs outscored their four opponents, 18-3, which included three shutouts. The Blue and Gold opened the tournament with back-to-back shutouts over No. 6 Western Carolina (7-0) and No. 7 Chattanooga (1-0), before battling past No. 5 Mercer 4-3 in nine innings on Friday. ETSU then completed its perfect run with a 6-0 win over No. 4 Samford in Saturday's championship game.

With the four wins, ETSU improved to 29-24, which will set its highest winning percentage in program history.

Click here for more information on the NCAA Softball Championship.