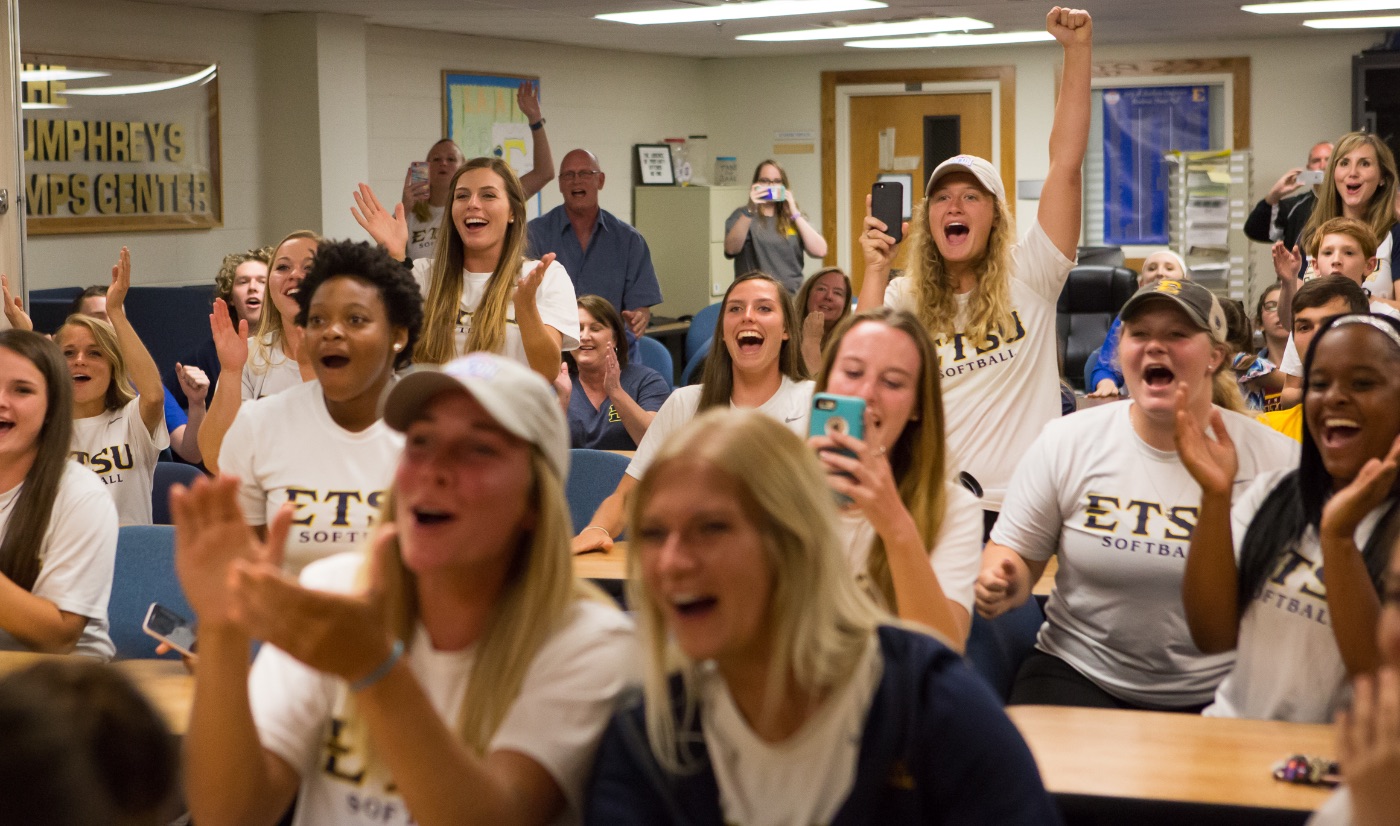 Buccaneers are making their first-ever trip to the NCAA Tournament

JOHNSON CITY, Tenn. (May 14, 2017) – After having just over 24 hours to celebrate its first-ever conference tournament title, the ETSU softball team learned its destination and opponent for this weekend's NCAA Regional, as the entire 64-team field was announced Sunday night on ESPN2.

The Buccaneers – who went 4-0 this past week at the Southern Conference Championship in Chattanooga – earned the league's automatic bid to the NCAA Tournament. ETSU enters the regional with an overall record of 29-24, which is one win shy of tying the single-season program record.

ETSU will travel to Alabama to take on the host and No. 7 national seed Auburn Tigers on Friday at Jane B. Moore Field. First pitch is set for 4:30 p.m. ET and will be televised live on ESPNU. The other two teams in the regional are Notre Dame out of the ACC and California from the Pac-12 Conference.

ETSU and Auburn have faced each other once in program history with the Tigers defeating the Bucs, 11-3, back on Feb. 8, 2013. The Bucs have also faced Notre Dame once as the Fighting Irish won 6-1 back on March 6, 2010. ETSU and Cal have never met.

ETSU is one of three teams making its debut in the NCAA Tournament. The Bucs are joined by Montana and Saint Francis (PA).