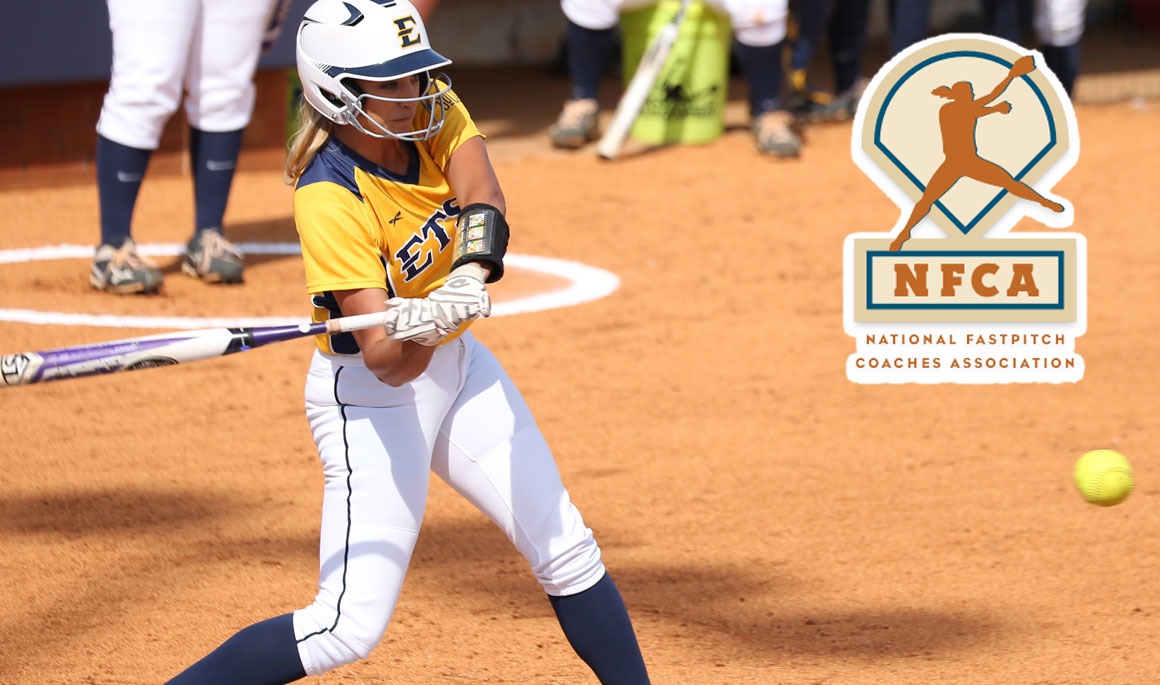 LOUISVILLE, Ky. (May 18, 2017) – The postseason awards are continuing to pile up for ETSU senior outfielder Danielle Knoetze (San Diego, Calif.).

Knoetze – who was named Southern Conference Player of the Year earlier this month – was selected to the NFCA All-Region Team, which was announced by the committee on Thursday. This marks the first time a Buccaneer player has earned this honor.

Knoetze is the SoCon leader in home runs, slugging percentage (.636) and total bases (110), while ranking second in RBI, fourth in hits and doubles, fifth in batting average, seventh in runs, and 10th in on-base percentage (.397).

The awards honor softball student-athletes from the Association’s 10 regions with first, second and third team selections. NFCA member coaches from each respective region voted on the teams, and all the honorees now become eligible for selection to the 2017 NFCA Division I All-American squads. Knoetze earned second team honors for the Mideast Region.

Knoetze and the Bucs won their first-ever conference championship last weekend in Chattanooga and are gearing up for their NCAA Tournament debut, which gets underway Friday afternoon at No. 7 Auburn.