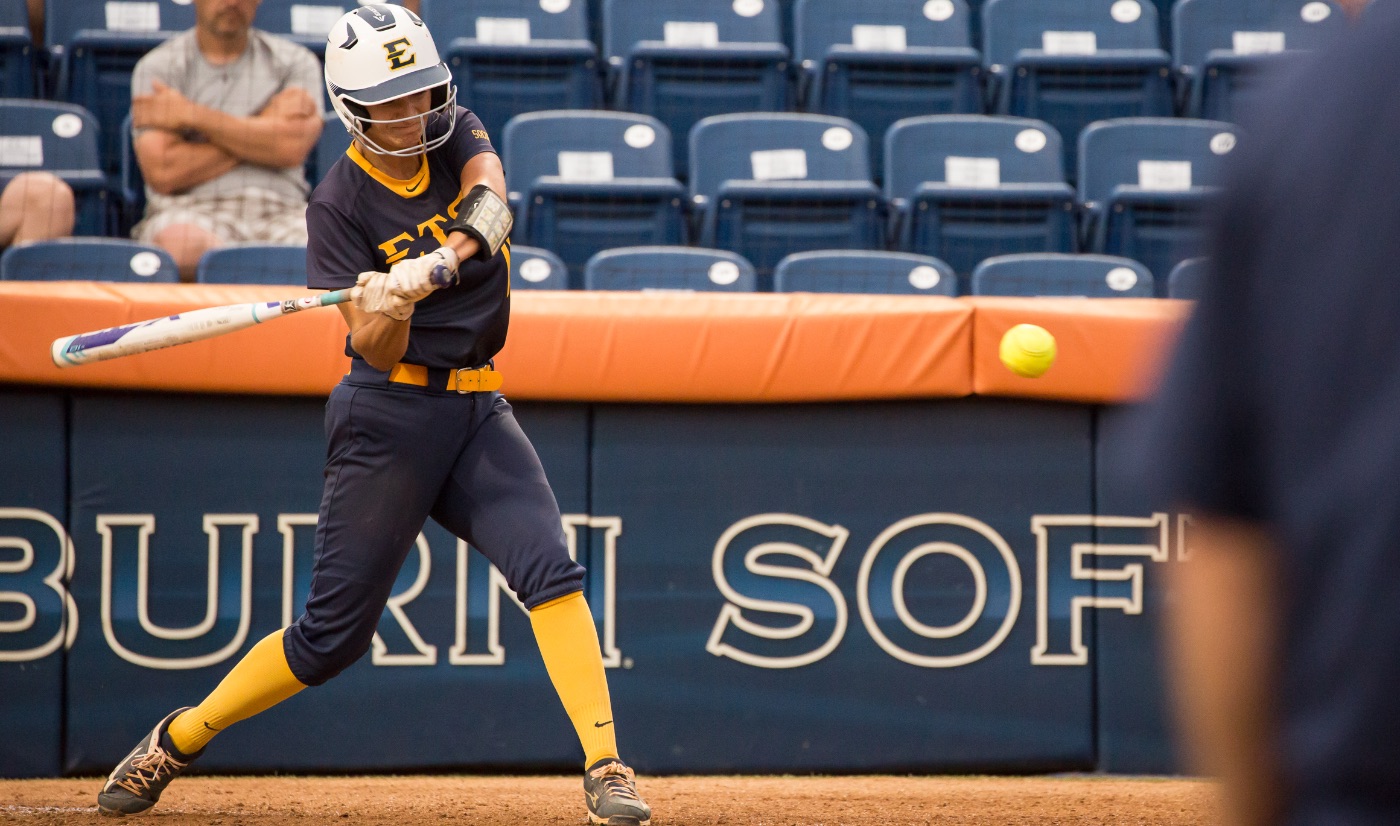 That’s the one word to describe the 2017 ETSU softball season.

The Buccaneers’ season came to an end on Saturday evening, but the Blue and Gold did not go down without a fight. Despite falling behind by three runs in the bottom of the first inning and sitting through an hour and three minute lightning delay, ETSU fought back and tied the game at six on senior Taylor Carter’s (Brazil, Ind.) three-run, two-out home run in the top of the seventh inning. However, after getting out of a jam in the bottom of the seventh, the Bucs couldn’t prolong the game an inning later as Katie Marino’s walk-off double lifted Notre Dame to a 7-6 eight-inning win over ETSU in an elimination game from the Auburn Regional at Jane B. Moore Field.

ETSU – who was making its first-ever NCAA Tournament appearance after earning the automatic bid by winning the Southern Conference Championship last weekend in Chattanooga – finished the season at 29-26, marking the highest winning percentage in program history. In addition, this was just the second winning season in program history and the 29 wins are the second-most by any Buccaneer team.

Overall, the Blue and Gold set numerous records throughout this amazing journey, while this senior class – who won three conference games in their first year in the SoCon – wrapped up their illustrious careers as champions.

On Saturday, the Bucs recorded eight hits off Notre Dame’s staff with junior two-sport athlete Malloree Schurr (Montgomery, Texas) going 2-for-4 with two runs and freshman Kylie Toler (Bradenton, Fla.) finishing 2-for-4 with a run scored. Carter’s three-run bomb was her 10th of the season and 32nd of her career, which ranks second all-time in program history. Johnson reached base three times as she tied the single-game record with three walks and scored a run, while Grupp extended her on-base streak to 10 straight games following an RBI single in the third inning.

The Irish struck first as they plated three runs in the bottom of the first inning to take a 3-0 lead; however, following the lightning delay, the Buccaneers came back re-energized and re-focused as ETSU started to chip away at its deficit.

In the first, Notre Dame’s Ali Wester tripled to right-center and scored on Morgan Reed’s single, while Caitlyn Brooks belted a two-run home run to left.

From there, the Bucs used some clutch two-out hitting to score their first run of the tournament.

Schurr got things rolling when she reached on a bunt single – and after Johnson walked – Grupp singled up the middle to plate Schurr from second. ETSU looked to have picked up another RBI hit when Danielle Knoetze (San Diego, Calif.) hit a hard grounder to second, but Katie Marino dove and flipped the ball to Reed to end the inning via a fielder’s choice – keeping it a 3-1 score.

Notre Dame got the run back in the bottom of the fourth when Melissa Rochford led off with a single to right and scored on Marino’s double to left, giving the Irish a 4-1 lead.

The Bucs pulled within one by plating two in the top of the fifth, but with one out and the bases loaded, ETSU was unable to drive in more runs. The Blue and Gold scored their runs after Toler and Schurr reached on singles to start the inning, while Johnson got on via an error, which brought Grupp to the plate with the bases loaded. Grupp lined out back to the pitcher and Katie Beriont’s throw to first for an attempted double play soared over Sara White’s head en route to allowing Toler and Schurr to score on the play. Again, the Bucs loaded the bases as Knoetze and Laughren worked back-to-back walks, but Carter flew out to shallow right and Kelsey Smith (Tucson, Ariz.) struck out swinging to end the threat.

The Irish got solo two-out home runs in the fifth and sixth innings to extend their lead back to three, 6-3. Reed connected on a 3-1 pitch in the fifth, while Marino also hit a 3-1 pitch over the left field fence in the sixth.

However, with the Bucs’ back against the wall and down to their final outs, the Blue and Gold charged back in the seventh. Johnson ignited the rally with a leadoff walk, while Knoetze reached on a one-out single up the middle to bring the tying run to the plate. Following a strikeout by Laughren, Carter fouled off the first pitch before taking a ball from Rachel Nasland. With a 1-1 count and down to the final out of her last at-bat as a Buccaneer, Carter hit a towering three-run home run over the wall in left to tie the game at six.

After Fadnek worked out a jam in the seventh as the Irish had runners on second and third with two outs before getting Brooks to hit into an inning-ending fly out to left, ETSU threatened in the top of the eighth. Toler reached on a one-out double to right-center, and with two outs and the go-ahead run at second, Marino’s defensive gems continued to haunt the Bucs as she took away her second RBI hit of the game when Johnson hit a hard liner to second but she snagged it for the final out of the frame.

The Irish led off the bottom of the inning with a single – and after Fadnek got Kimmy Sullivan to fly out to left – Marino took the first pitch she saw into the left-center gap for the game-winning RBI double.

Nasland earned the win (17-11) after allowing three runs on three hits with three strikeouts in the final 3.2 innings of relief.

Marino went 3-for-4 with two doubles, a run and three RBI, while Notre Dame’s 3-thru-5 hitters combined to go 7-for-12 with five runs and four RBI.

The win advanced Notre Dame to take on Cal in an elimination game on Saturday night.

Notre Dame – who was playing in its 22nd NCAA Regional and has never posted a losing record in program history – improved to 34-22 with the win.