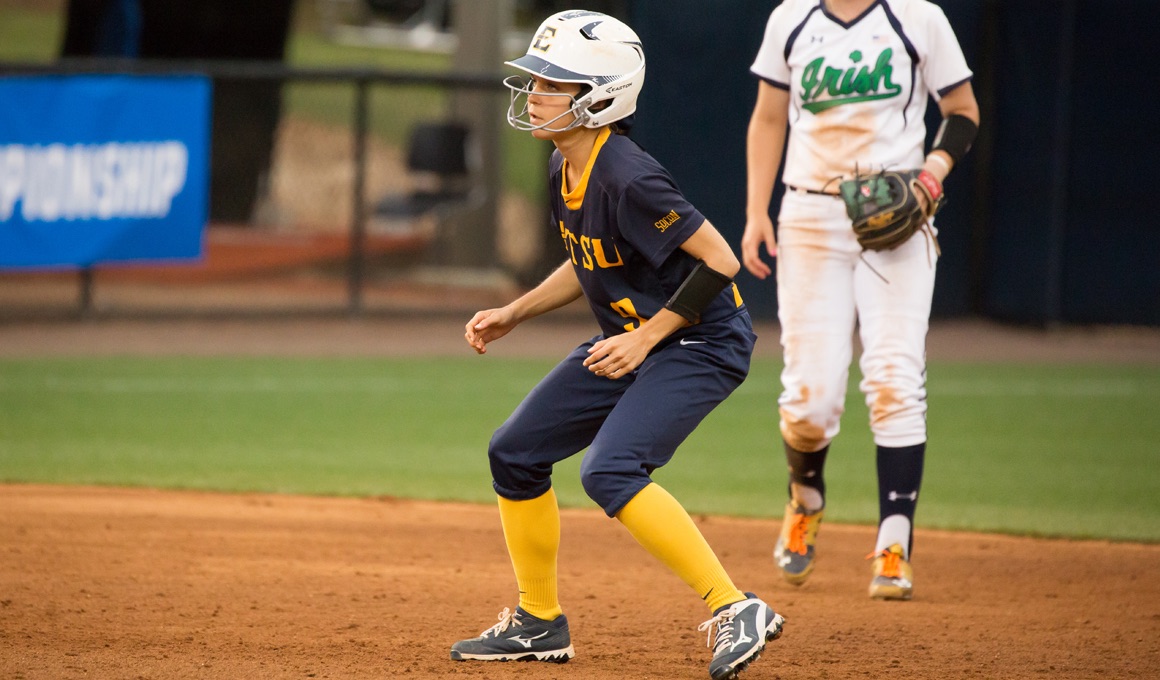 Every collegiate athlete knows the challenge of striving for excellence in both sports and the classroom.  One of many students who embody ETSU Intercollegiate Athletics’ motto, “Excellence Every Day,” is Brooke Baxter.

Baxter graduated in May, earning a B.S. in chemistry and health sciences with a concentration in microbiology with a 4.0 grade point average while playing on the Buccaneers’ Southern Conference champion softball team, and is set to begin medical school this fall at ETSU’s Quillen College of Medicine.

The Buccaneer softball team recently completed its best season ever, winning its Southern Conference championship in May and appearing for the first time in the NCAA Tournament.  But that success didn’t come without a few bumps along the way.

“When we started off my freshman and sophomore years, we had some low points,” Baxter said.  “We were truly the underdogs.  We came from winning just a couple of conference games a year to all of a sudden winning the conference tournament.  We had a bit of a roller coaster ride, but looking back on it now, it was truly a great experience.  I’m really proud of my class, because they kind of set the tone for the program for the future.”

Baxter, an outfielder who has played softball nearly all her life, came to ETSU to play the game after meeting Head Coach Brad Irwin through her travel team involvement.  She played in over 90 games during her collegiate career and was an academic leader on the team.  She received the 2017 Pinnacle Award for having the highest grade point average on the conference championship team.  In 2016, she was ETSU’s Academic Athlete of the Year and Softball Academic Most Valuable Player.  She was also named to the SoCon Academic All-Conference Team and Honor Roll in 2015 and 2016 and to the Atlantic Sun Conference Honor Roll in 2014.

Baxter says that of all those honors, the ETSU Academic Athlete of the Year designation probably means the most to her.  “When I think of how many athletes there are, and even on my own team, there are several girls I think are just as deserving as I am,” she said.  “Everybody in the athletic program understands what it takes to be an athlete, with the early morning workouts and the practices, and being able to show a different side – academics – is something to be proud of.”