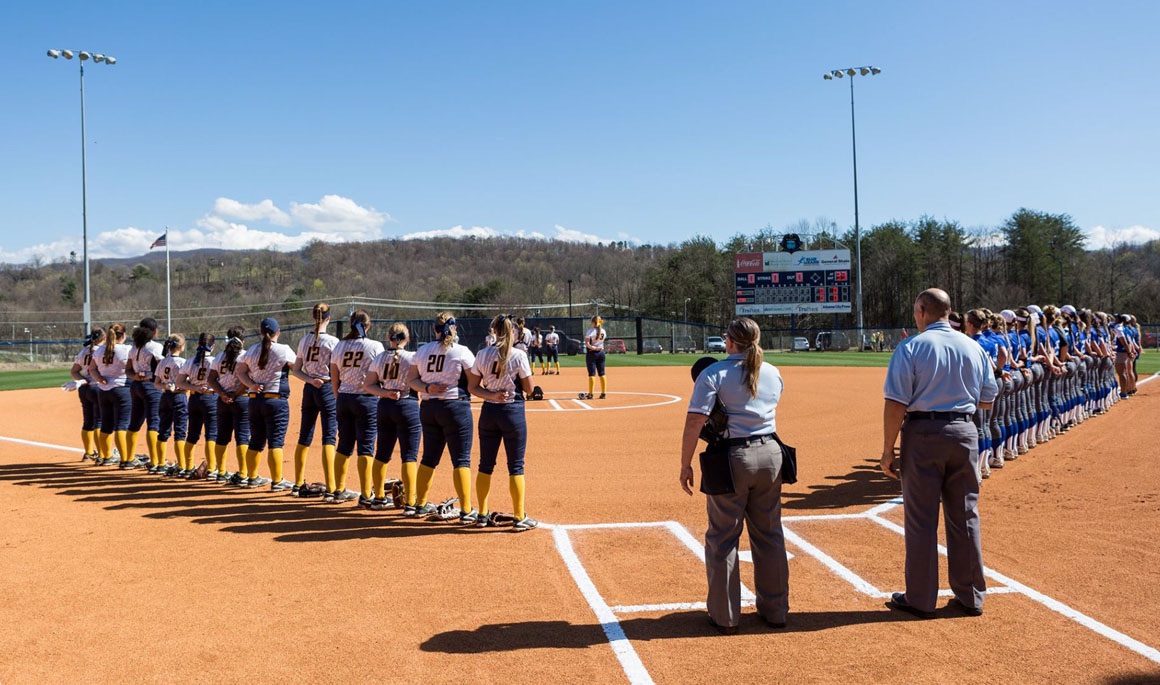 Please note, all times listed above are Eastern

ETSU is looking to bounce back into the win column after dropping three straight and sit at 4-7 after last weekend’s Georgia Classic.

Freshman Lauren Lee (Cleveland, Tenn.) – who is hitting a team-best .424 (14-for-33) – has reached base safely in her last eight games … Lee ranks third in the SoCon in batting average, fifth in on-base percentage (.424) and is tied for eighth in stolen bases (3).

Sophomore Nikki Grupp (Jacksonville, Fla.) had her 18-game on-base streak snapped last Saturday at No. 14 Georgia; however, the ETSU third baseman has still reached base in 47 of her first 56 games as a Buccaneer.

Senior right-hander Madison Ogle (Maryville, Tenn.) has earned three of ETSU’s four wins this season … Ogle has allowed two earned runs or less in her last six starts and has allowed one earned run or less in four of the last six outings.

In the Bucs’ four wins, the Blue and Gold are outscoring their opponents, 32-10; however, in the seven setbacks, ETSU has been outscored, 50-12.

Indiana State has dropped three straight games but enters the weekend with a 7-4 mark … The Sycamores have wins over Chattanooga, Green Bay, Sacred Heart, Tennessee State, Tennessee Tech and Toledo.

Megan Gray and Mandy Jordan are a combined 7-0 with a 0.67 ERA (5 ER/52.0 IP) in eight appearances (seven starts) … The duo have also totaled three shutouts and 64 strikeouts … Jordan – who struck out 17 hitters in the win over Georgia Tech – was tabbed ASUN Preseason co-Pitcher of the Year … Meanwhile, Jordan Fortel no-hit Ole Miss in Lipscomb’s 3-0 win back on Feb. 9.

As a staff, Lipscomb ranks 12th nationally in ERA.

Saturday marks the 23rd all-time meeting between the two programs with Lipscomb winning 16 of the previous 22 games … The teams last met on April 6, 2014.

The Eagles have won six of their last eight and are 10-4 overall.

Alesha Mann, Macy Coleman and Hannah Farrell have accounted for seven of Georgia Southern’s 10 home runs … Mann leads the team with three, while Coleman and Farrell each have two … Farrell’s two home runs came in the 7-5 setback to ETSU back on Feb. 11 in Statesboro.

Georgia Southern’s pitchers have combined for four shutouts with Kierra Camp and Rylee Waldrep both recording one complete game shutout … Camp leads the staff in wins (6), innings (49.1) and strikeouts (35) … The Eagles are holding opponents to a .220 batting average (79-for-359).

Georgia Southern leads the all-time series, 9-8, but the Bucs have won four of the last six meetings, including the 7-5 win earlier this season.

Live stats will be available for all four games this weekend, courtesy of LipscombSports.com. Click the links above to access live stats links.