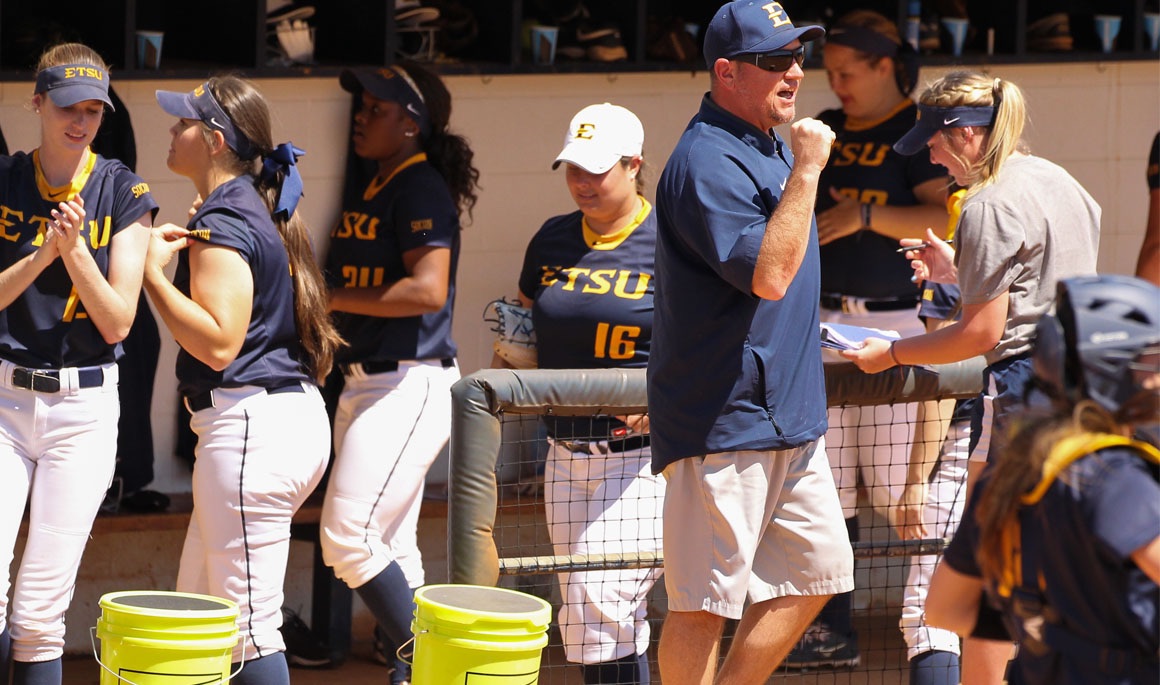 NASHVILLE, Tenn. (March 3, 2018) – A day after suffering a heart-breaking one-run setback to Indiana State, the ETSU softball team used a total team effort to get back into the win column, as the Buccaneers earned a key 3-1 road win at Lipscomb on Saturday afternoon at Draper Diamond.

Junior Taylor Wright (Erwin, Tenn.) led the Blue and Gold with a career-high three hits, including her second collegiate home run, which put ETSU ahead, 3-1 in the fifth inning. Sophomore Kylie Toler (Bradenton, Fla.) continued her strong weekend as she went 2-for-3 and drove in the first run of the game with a fourth-inning double – her third of the tournament. Senior Emma Martindale (Johnson City, Tenn.) plated the eventual game-winning run in the fourth inning when her RBI single to left scored Maya Mathis (Chattanooga, Tenn.) from second.

Ogle improved to 4-4 after allowing one run on three hits on six walks and two strikeouts in seven innings of work. Despite the six walks, Ogle was on her game when the Bucs needed it most. The Buccaneer right-hander worked out of a bases loaded jam in the first and left Lipscomb runners stranded in scoring position in the second.

Lipscomb pushed across its run in the bottom of the fourth when Abby Fenichel posted a two-out RBI single to third, but Ogle got out of the inning with a strikeout.

From there, Ogle faced the minimum over the final three innings and ended the game with a double play back to the circle to snap the Bucs’ four-game losing skid.

Jordan Fortel was dealt the loss (2-3) after allowing two runs on four hits with three strikeouts and three walks in four innings. Fortel no-hit Ole Miss in the Bisons 3-0 win back on Feb. 9.

The Bucs return to action this evening when ETSU faces Indiana State at 6:30 p.m. EST.