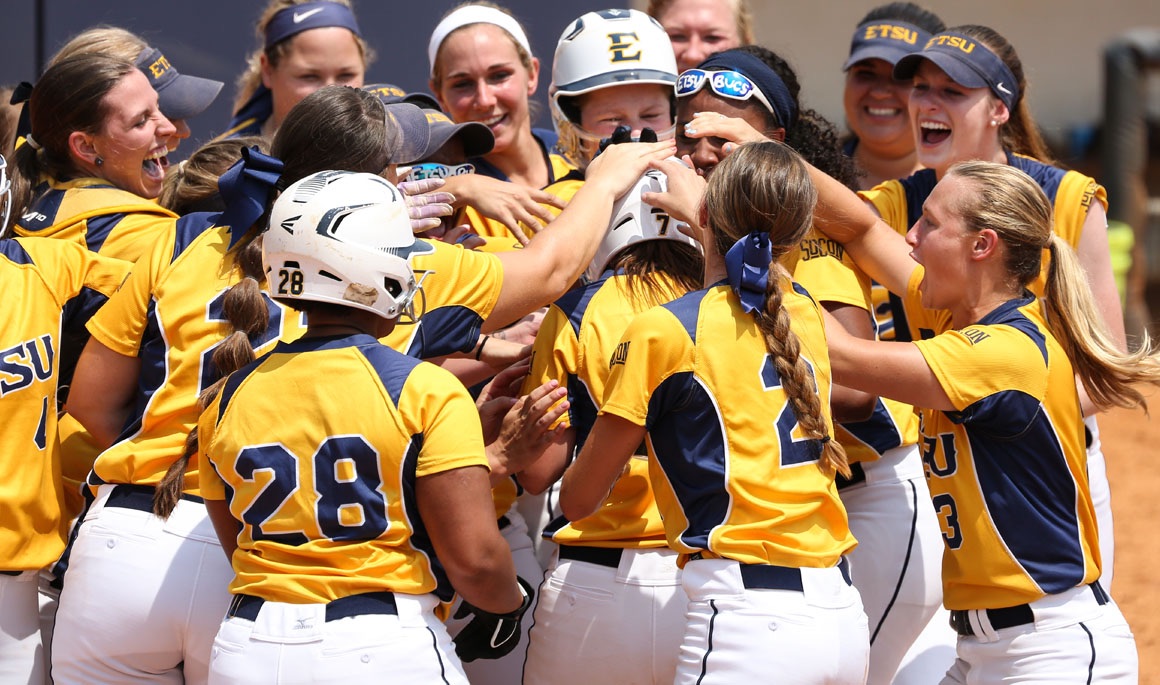 ETSU – who was fresh off their win over host Lipscomb earlier in the day – got key swings from the Buccaneer sluggers, which proved to be just enough offense to carry the Blue and Gold to their second victory of the day.

Grupp’s only hit of the day paid huge dividends as her three-run blast put ETSU ahead, while Wright – who also homered in the win over Lipscomb – followed with a two-run shot to left-center, which plated the game-winning runs.

With the Buccaneer bashers feasting on Indiana State pitching, Laughren provided the Blue and Gold with her best collegiate pitching performance. Laughren entered with two outs and the go-ahead run in the bottom of the third and shut door on Indiana State. The Erwin native got out of the jam with a swinging strikeout, which led to her retiring 13 of the 15 hitters she faced to secure the win. Overall, Laughren (1-1) held Indiana State to a pair of singles and struck out one (no walks).

Sophomore Kelly Schmidt (Norcross, Ga.) got the start for the Bucs and allowed four runs on seven hits in 2.1 innings.

Like ETSU, the Sycamores scored all their runs in the third.

Rebecca Gibbs drove in two runs with a bases loaded double, while Bella Peterson followed with an RBI single and Amanda Guercio pulled Indiana State within a run with her double to left field. However, with the go-ahead run on second, Laughren moved from left field to the circle and provided the Blue and Gold with a gutsy performance.

Both teams totaled nine hits with Lauren Lee (Cleveland, Tenn.) and Laughren adding two hits each for the Bucs. Laughren doubled to right and trotted home on Wright’s blast, while Lee singled back to the pitcher in the third and came home on Grupp’s homer. Lee also singled to right in the seventh, marking her fourth multi-hit game of the year.

Kylie Stober was tagged with the loss (0-3) as she surrendered all five runs on six hits in 2.1 innings. Abbey Kruzel entered in relief and limited the Bucs to three hits in the final 4.2 innings.

The Bucs have now won back-to-back games to move to 6-8, while Indiana State dipped to 9-5.

ETSU wraps up the tournament on Sunday when the Blue and Gold face Georgia Southern at 1 p.m. Eastern.