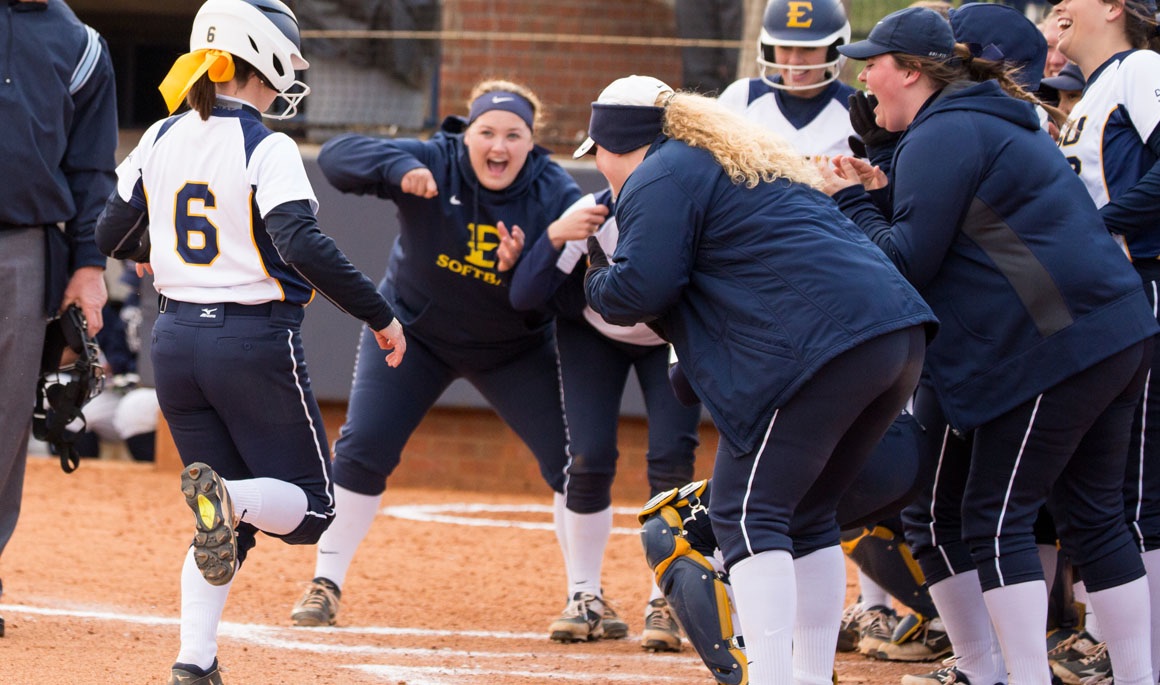 CLINTON, S.C. (March 13, 2018) – The ETSU softball team gears up for its first midweek doubleheader of the season as the Buccaneers head to Clinton, S.C., to take on Presbyterian on Wednesday afternoon. First pitch is set for 2 p.m. at the PC Softball Complex.

ETSU (9-11) won three of its five games this past weekend at the Buccaneer Classic … The Bucs defeated Saint Peter’s and Jackson State, while suffering a pair of setbacks to Austin Peay.

Sophomore Nikki Grupp (Jacksonville, Fla.) is coming off a productive weekend at the Buccaneer Classic … Grupp went 7-for-14 with one home run, five runs, four RBI, a walk and was hit by a pitch.

Lauren Lee (Cleveland, Tenn.), Kelly Warren (Mechanicsville, Va.) and Vanessa Elliott (Johnson City, Tenn.) have all recorded bunt hits this season … Lee is 7-for-9 with three sacrifice bunts, while the Bucs as a team are 10-of-16 with three sacrifices.

Despite sitting at 9-11, ETSU has played the toughest schedule among Southern Conference schools this season … The Bucs’ opponents have an overall winning percentage of .570 (203-153).

Presbyterian has dropped 19 of its 20 games this season and are 0-4 at home.

ETSU has won three straight and four of the last six meetings, while leading the all-time series, 9-8.

Last year, the Bucs defeated Presbyterian in a pair of one-run decisions as ETSU took game one, 3-2 and capped off the sweep, 5-4.

Tiffany Laughren (Erwin, Tenn.) and Quinn Giesick (Bakersfield, Calif.) combined to go 6-for-11 with one double, two triples and four runs scored in last year’s doubleheader … Giesick became just the second player in program history to have two triples in one game in the game one win.

Madison Ogle (Maryville, Tenn.) earned the win in game one after allowing two runs on seven hits with four strikeouts in the complete game effort.

Live Stats will be available via StatBroadcast courtesy of GoBlueHose.com.

Twitter updates will also be provided via @ETSUSoftball and a recap will be posted on ETSUBucs.com.