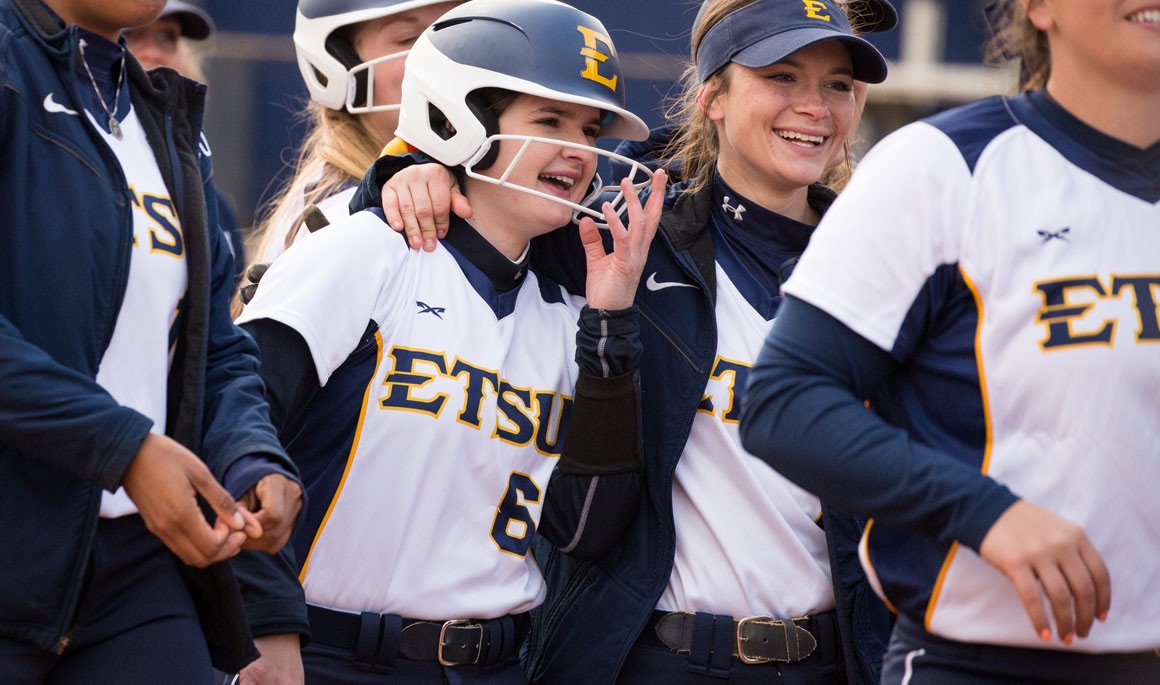 Grupp – who belted her fourth home run of the season – put the Bucs on the board with a two-out solo home run in the third inning, while Martindale connected on a two-run blast an inning later to put ETSU ahead, 3-0. The Blue and Gold broke things open with a four-run fifth inning as Quinn Giesick (Bakersfield, Calif.) plated a pair of runs with a double down the right field line, Julia Fritz (Glen Allen, Va.) drove in pinch-runner Anissa Avila (Black Mountain, N.C.) with a single up the middle and Giesick scored on Martindale’s sacrifice fly.

Ogle (8-6) recorded her second shutout of the season to earn a second straight winning decision. The senior right-hander held the Golden Grizzlies to four hits, while striking out six and walking two. Ogle – who picked up her second shutout in her last three starts – retired nine of the first 11 hitters and only faced minor damage after allowing back-to-back one-out singles in the fourth inning.

As a team, the Bucs out-hit Oakland, 9-4, with Grupp, Fritz and Kelly Warren (Mechanicsville, Va.) all finishing with two-hit games. Grupp also scored two runs to go with her third-inning homer, while Martindale drove in a career-high three runs.

ETSU won two of its three games of the Eagle Classic and improved to 12-13, while Oakland moved to 6-13.

Chelsea Wiggins (1-6) suffered the loss for the Golden Grizzlies as she was tagged for three runs on four hits in 3.1 innings.

Madison Jones produced the lone extra-base hit for Oakland as she led off the game with a double; however, the Golden Grizzlies went 0-for-6 with runners in scoring position.

The Bucs return to action Wednesday afternoon as ETSU heads to Virginia for a doubleheader at Radford. First pitch is set for 3 p.m.