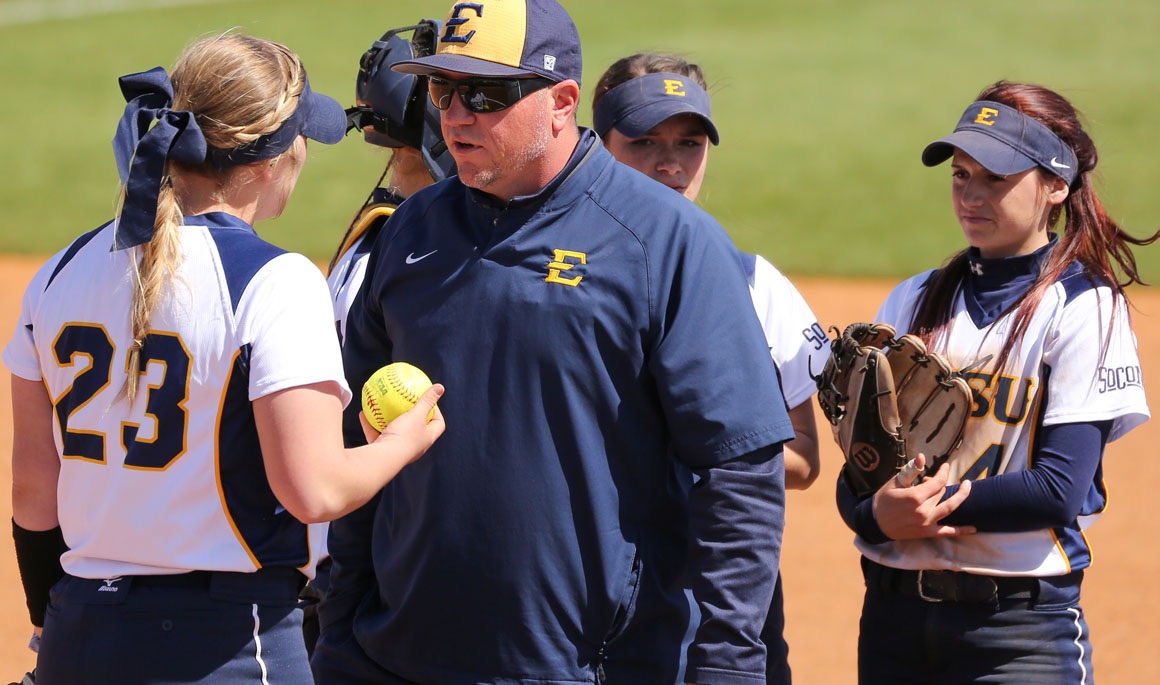 MACON, Ga. (March 31, 2018) – Mercer’s Caroline Taylor snapped a scoreless game by hitting a two-run home run in the fourth inning, while Stella Preston held ETSU to one unearned run as the Bears capped off a series sweep by defeating the Buccaneers, 4-1, on Saturday afternoon at Sikes Field.

For the second straight day ETSU’s offense was held in check as the Bucs were limited to two hits. The Blue and Gold were held scoreless until Kelsey Chernak’s (Ooltewah, Tenn.) sacrifice fly in the top of the seventh inning snapped a 24-inning scoreless drought. Despite loading the bases with one out in that inning, the Bucs managed just the one run.

The Bucs’ two hits came from a one-out fourth-inning single by Nikki Grupp (Jacksonville, Fla.), which ended Preston’s no-hit bid, while Tiffany Laughren (Erwin, Tenn.) led off the seventh inning with a single through the left side. Laughren also walked in the fourth, while Quinn Giesick (Bakersfield, Calif) and Emma Martindale (Johnson City, Tenn.) also reached via walks for the Blue and Gold.

Madison Ogle (Maryville, Tenn.) suffered the loss (9-8) as she allowed four runs on eight hits with three strikeouts and one walk in six innings of work.

With both pitchers dealing, Taylor’s one swing changed the complexion of the game, as she battled back from an 0-2 count to go full and took the eighth pitch over the fence in left-center to put Mercer ahead, 2-0.

The Bears then plated a pair of two-out runs in the sixth on an RBI double from Micayla Rood and a an RBI single from Allie Jones to extend their lead to, 4-0.

Despite putting runners on base in three of the final four innings, ETSU couldn’t muster a comeback as Preston held on for a complete game win.

Preston got out of trouble with minimum damage in the final frame after Laughren reached on the single, Giesick got on board via an error and Martindale walked to load the bases. With the tying run at the plate, Chernak lined out to left to score Laughren, while Kelly Warren (Mechanicsville, Va.) hit into a game-ending fielder’s choice.

Preston (7-3) held the Bucs to the one unearned run on two hits, while striking out four and walking three.

Taylor’s lone hit accounted for her team-leading eighth home run, while Rood went 3-for-3 with a run scored and an RBI.

The Bucs look to snap their four-game losing skid next weekend as ETSU opens a three-game SoCon series at Furman on Saturday afternoon. First pitch of the doubleheader is slated for 1 p.m.