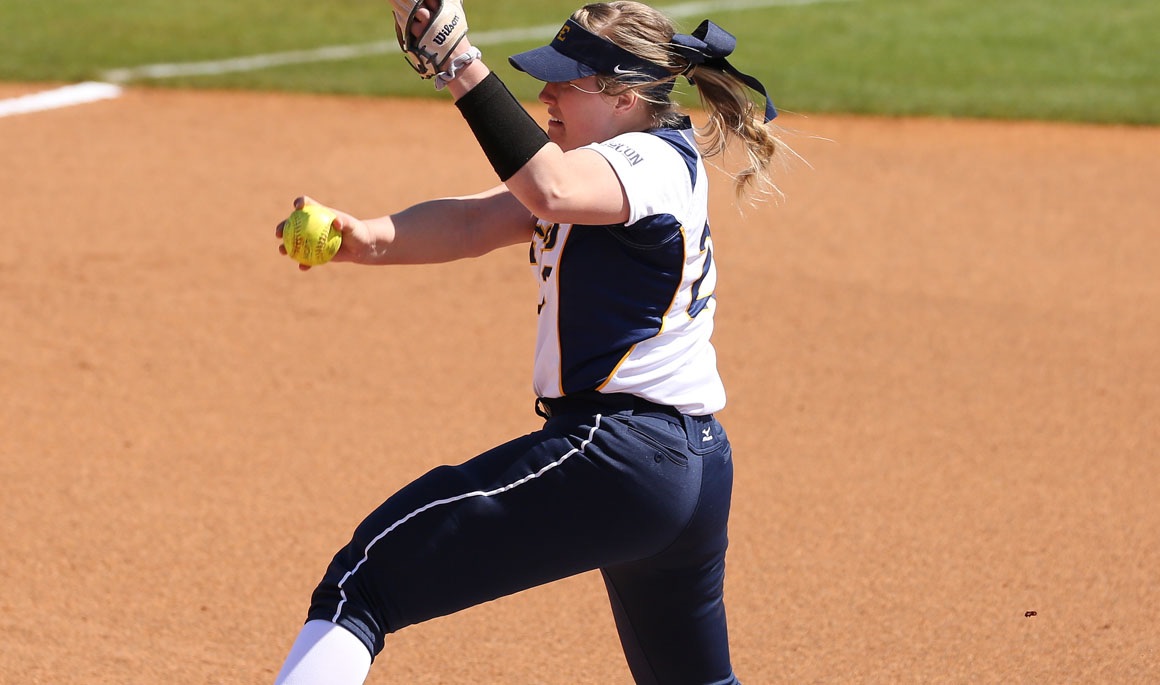 After suffering a walk-off loss in Saturday’s opening game of the series, Furman repeated the script twice on Sunday afternoon at Pepsi Stadium. Lindsey Bert capped off the suspended game with a walk-off grand slam in the bottom of the fifth inning to carry the Paladins to an 11-2 five-inning win in game two, while AnnaRose Borrelli’s two-out, two-run opposite field homer in the bottom of the eighth lifted Furman to a 3-1 victory to clinch the series sweep.

After both teams plated a run in the second inning in game three, both Madison Ogle (Maryville, Tenn.) and Lindsey Bert battled back-and-forth in the circle; however, the long ball came back to haunt the Buccaneer right hander. Ogle – who surrendered a leadoff home run to Borelli in that second inning – suffered the loss (9-10) after allowing three runs on nine hits with six strikeouts and three walks in 7.2 innings.

Ogle worked out of two late-inning jams to send the game to extras, but Bert held the Blue and Gold in check. Bert earned the win (18-7) after limiting the Bucs to one run on three hits with nine strikeouts and two walks.

The Bucs scored their second-inning run when Taylor Wright (Erwin, Tenn.) singled via a hard grounder to second, which allowed Tiffany Laughren (Erwin, Tenn.) to score from second after the ball got away from the Paladin infielder. Following that single by Wright, Bert retired 20 of the final 23 hitters she faced. Vanessa Elliott (Johnson City, Tenn.) singled in the fourth, Kelly Warren (Mechanicsville, Va.) singled in the sixth and Kylie Toler (Bradenton, Fla.) was hit by a pitch in the seventh. Elliott and Warren both stole second base after they reached, but the Buccaneer offense was unable to drive them in.