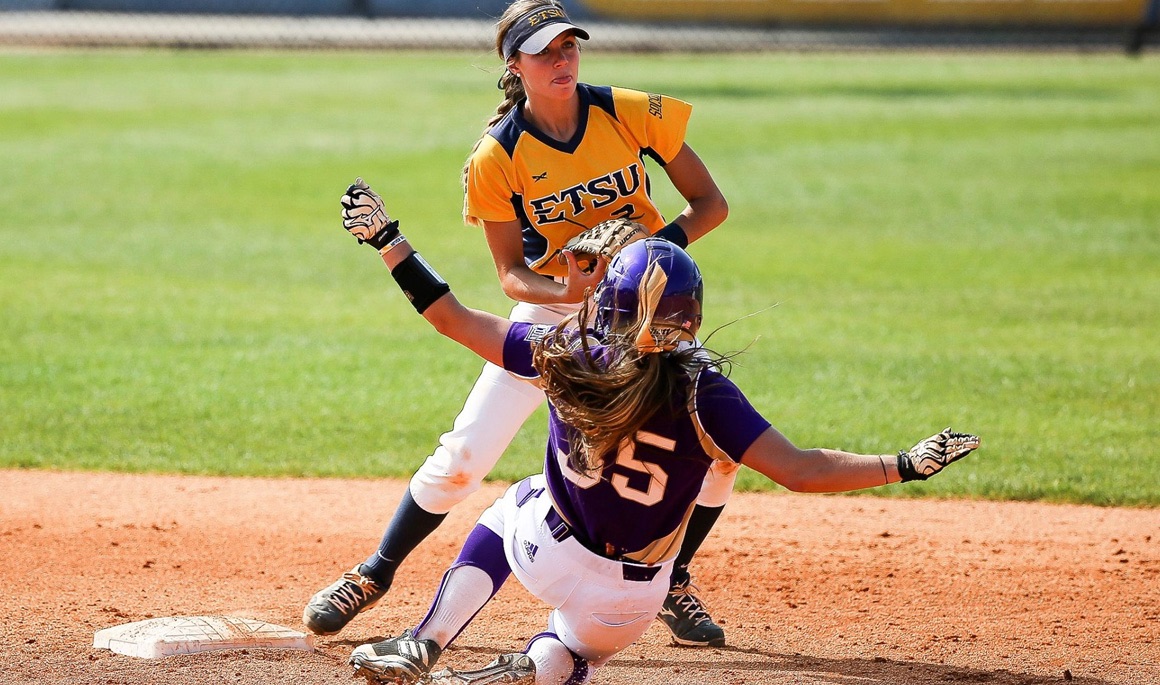 The Bucs will be wearing green ribbons this weekend to show their support for friend Taylor Dockins. Dockins is a freshman pitcher at Cal State Fullerton and has been battling cancer since 2016.

JOHNSON CITY, Tenn. (May 4, 2018) – The ETSU softball team will look to end the regular season on a positive note, as the Buccaneers host Western Carolina this weekend at Betty Basler Field. The teams will be play a doubleheader on Saturday starting at 1 p.m., while Sunday’s finale is also scheduled for 1 p.m.

Seven of the Bucs’ eight runs scored came via two outs in last Sunday’s win, while the Blue and Gold have scored 53 two-out runs this season …Taylor Wright (Erwin, Tenn.) leads the team with 10 two-out RBI and Vanessa Elliott (Johnson City, Tenn.) has nine, including a team-best 13 two-out hits.

The Bucs will be wearing green ribbons this weekend to show their support for friend Taylor Dockins. Dockins is a freshman pitcher at Cal State Fullerton and has been battling cancer since 2016. In 2016, doctors found a softball-size mass on her liver, and after having it removed, three new spots appeared on her liver one year later. Dockins is going through chemotherapy to remove those tumors. (Courtsey of OC Register.Com).

Western Carolina has dropped seven of its last eight games and enters the weekend at 15-33, 2-13.

The Catamounts are led by Ashlyn Long as she’s hitting .310 with seven doubles, eight home runs, 32 runs and 25 RBI, while Hunter Gibbons leads the team in home runs (11) and RBI 27).

Four different pitchers have accounted for at least one win in the circle with Haley Brogden and Kinsey Liscio both posting five wins.

Western Carolina is being outscored 289-166, including 45-1 in the second inning this season.

Ninety-four of the Catamounts’ 274 hits have gone for extra bases – 49 doubles, three triples and 42 home runs … Western Carolina ranks third in the SoCon in home runs.

ETSU has won three of the last four games and leads the all-time series, 17-10.

The teams split a doubleheader in last year’s regular season shortened series in Cullowhee, as Western Carolina won game one, 8-3, while the Bucs answered with a 3-1 victory in the nightcap … ETSU then defeated the Catamounts, 7-0, in the first game of the SoCon Championship.

Since the Bucs rejoined the SoCon in 2015, the teams have played nine times with them totaling 104 runs on 173 hits in those contests … The Catamounts hold a slight 5-4 lead since 2015.

This weekend’s series will be video streamed on the SoCon Digital Network with Mike Gallagher on the call … Live stats for all three games will be provided via StatBroadcast.

For more information on Buccaneer softball, visit ETSUBucs.com and click on the softball link