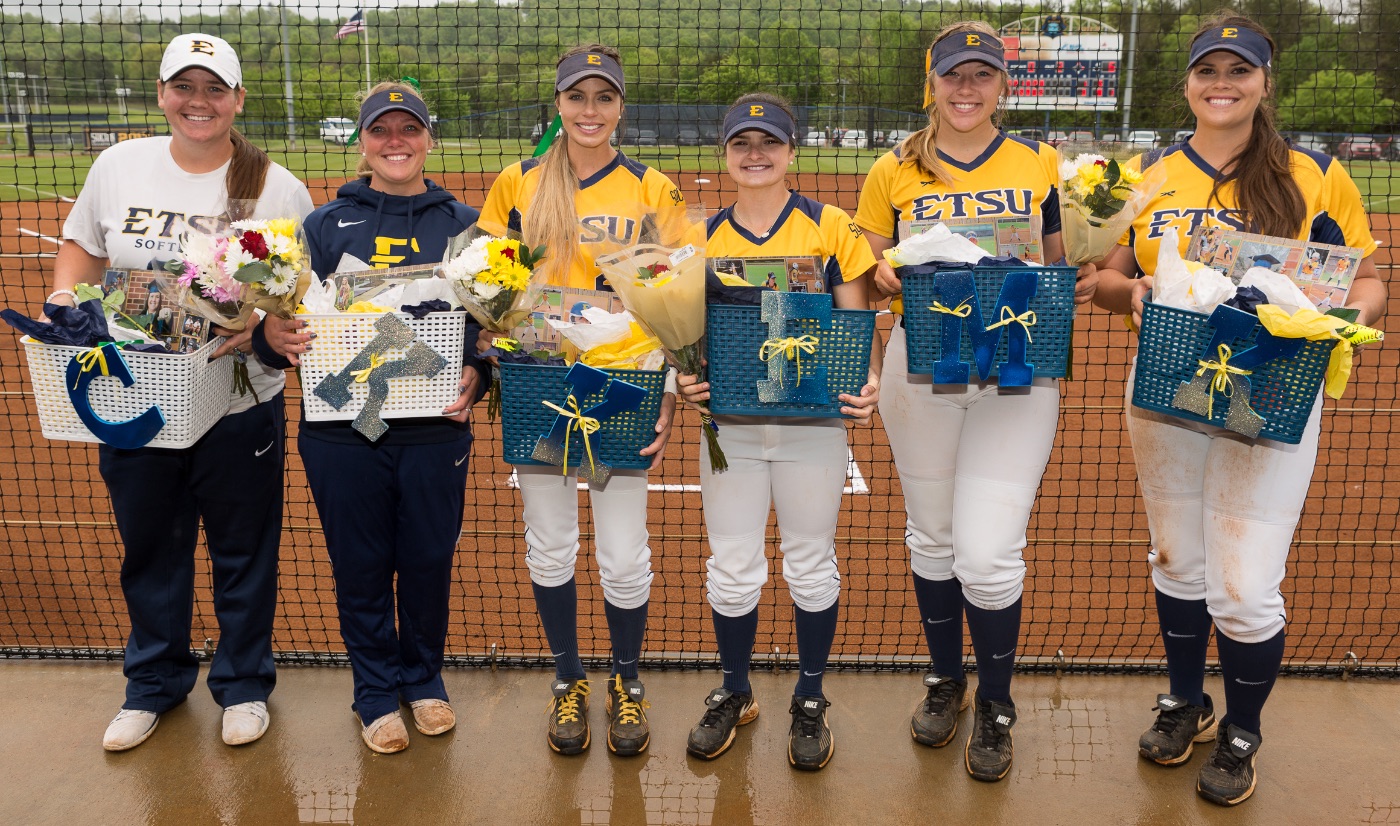 JOHNSON CITY, Tenn. (May 6, 2018) – The ETSU softball team had its final day of the regular season rained out on Sunday afternoon at Betty Basler Field.

Due to heavy rain that hit the area on Saturday and more inclement weather that came through on Sunday, the Bucs’ series with Western Carolina could not resume play due to unplayable field conditions.

The teams were to resume play from Saturday’s suspended game with ETSU leading 3-1 with two outs in the bottom of the sixth; however, the game went final as Sunday’s play was washed out.

Sophomore Kelly Schmidt (Norcross, Ga.) earned the win (4-7) after allowing one run on five hits with three strikeouts (one walk) in six innings of work.

Junior Vanessa Elliott (Johnson City, Tenn.) put the Blue and Gold ahead 1-0 when she led off the bottom of the second inning with her second home run of the season, while freshman Ashton Hill (Dayton, Tenn.) came through with the clutch two-out, two-RBI single in the bottom of the sixth to snap a tie game en route to giving ETSU the 3-1 win. The hit was the second of Hill’s collegiate career, while it marked her first RBI as a Buccaneer.

Western Carolina’s Kinsey Liscio suffered the loss (5-11) as she surrendered three runs on nine hits with two strikeouts (no walks) in 5.2 innings. Erica Hayes drove in the lone run for the Catamounts with an RBI double in the third.

The Bucs will now turn their attention to the Southern Conference Championship as ETSU looks to defend its title. The Blue and Gold open play as the No. 6 seed on Wednesday afternoon at 3 p.m. at UNCG Softball Stadium.