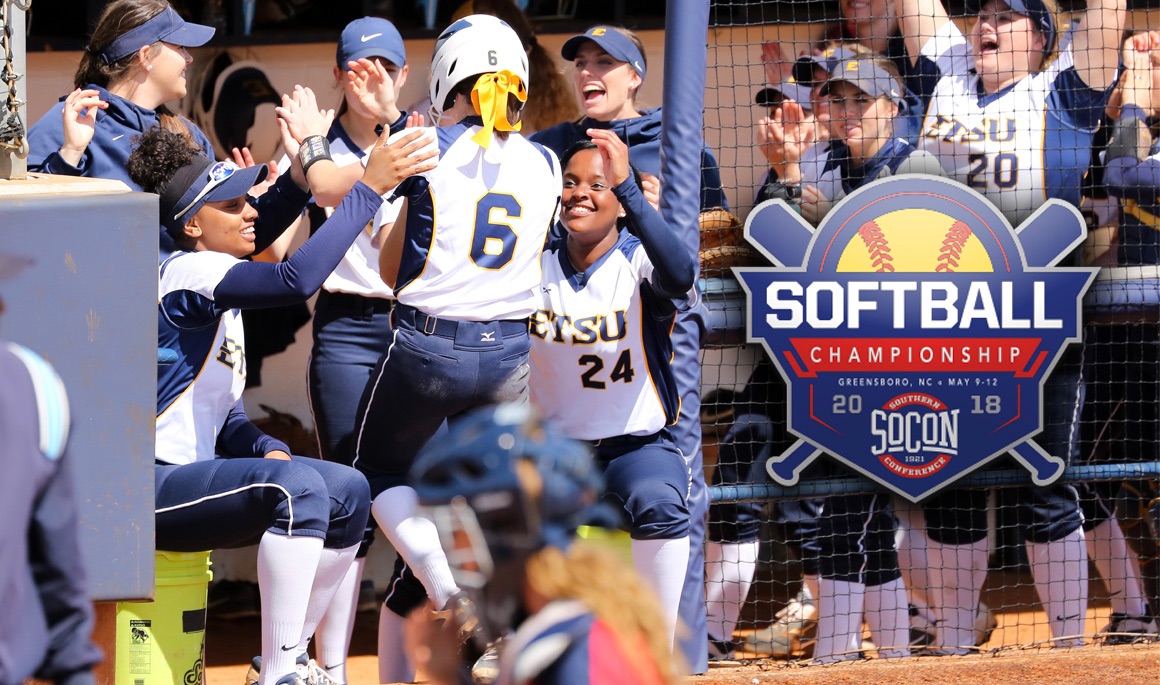 GREENSBORO, N.C. (May 8,  2018) – A year after winning its first ever Southern Conference Championship, the ETSU softball team will now look to join an elite group of those to repeat as conference tournament champions.

The Bucs can join Chattanooga and Georgia Southern as the only teams to repeat as SoCon Tournament champions this week as ETSU begins defense of its title on Wednesday afternoon in Greensboro, N.C. The sixth-seeded Buccaneers open tournament play against third-seeded Furman at 3 p.m. from UNCG Softball Stadium.

ETSU enters the tournament with the longest win streak among SoCon teams as the Buccaneers have won three straight and sit 16-25, 4-11 on the season … The Bucs defeated Chattanooga (8-3) back on April 29, while winning a rain-shortened series versus Western Carolina this past weekend.

The Bucs are 15-3 this season when out-hitting the opponents, while going 14-8 when scoring first … ETSU has hit at least one home run in 16 games this season with the Blue and Gold gong 13-3 in those contests.

The Paladins’ 38 wins are the third-most in program history, along with marking the most since posting 40 in 1993.

The Paladins’ pitching staff has held opponents to three runs or less in 17 of their last 19 games, including shutting out the opposition in seven of those contests.

Despite being swept by Furman last month in Greenville, the Bucs still lead the all-time series, 25-20.

ETSU took two of three from the Paladins last season in Johnson City, while Furman has won the two previous meetings in the conference tournament – both being one-run setbacks in 2002 and 2005.

Wednesday’s game will be video streamed on the SoCon Digital Network, while live stats will be provided via StatBroadcast.

Twitter updates will also be provided by following @ETSUSoftball.

The winner of ETSU-Furman faces the winner of Mercer-Western Carolina Thursday at 3 p.m., while the two losing teams square off in an elimination game Thursday at 10 a.m.