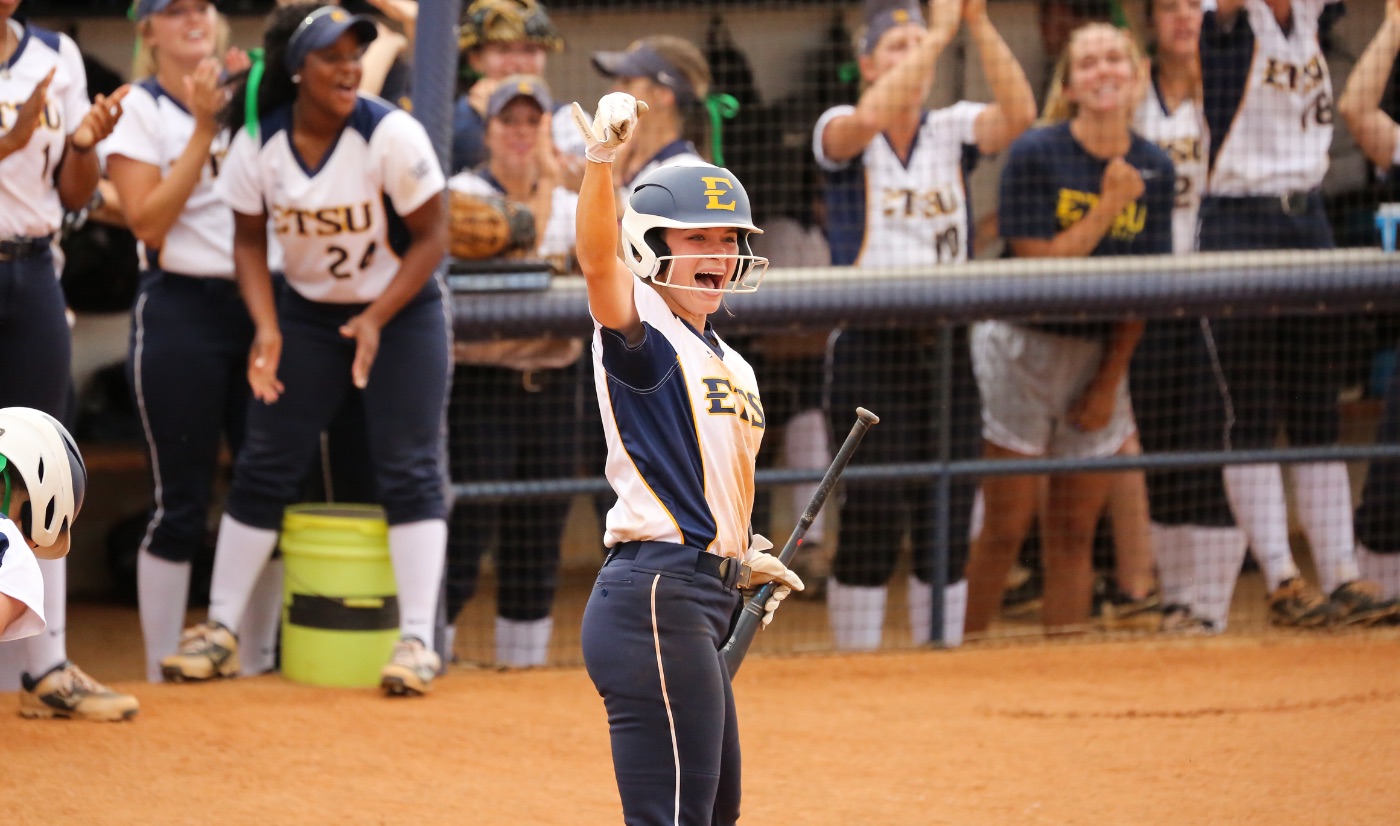 CLINTON, S.C. (Feb. 8, 2019) -- The ETSU softball team will open its 2019 season this weekend as the Buccaneers head to Clinton, S.C., for the Blue Hose Invitational. The Bucs will face Morgan State, Akron and Presbyterian over the two-day tournament at the PC Softball Complex.

Please note, live stats will only be available for the games Presbyterian plays

Lee gave the Bucs a spark in her first season where she earned a spot on the SoCon All-Freshman Team and the SoCon All-Tournament Team. The Buccaneer middle infielder led the team in hits (42) and ranked second in batting average (.316). Lee played in 39 games in her first season – 33 at second and six at shortstop – and committed only three errors in 128 chances. Lee posted at least one hit in 28 games and hit over .300 during her entire rookie season. The Cleveland, Tenn. native also posted hits in eight of her 10 conference games played, while she hit .333 (7-21) with two doubles and three runs scored in the SoCon Tournament.

Grupp started 44 games at third for the Blue and Gold in 2018, while leading the team in runs scored (26), doubles (9) and total bases (59), and ranking second in home runs (5). The Jacksonville, Fla. native also registered nine multi-hit games, which was tied for the team lead. Grupp hit a solo home run in the opening round game of the SoCon Tournament to help propel the Bucs to a win over Furman, while she combined for four hits and four runs scored in a doubleheader versus Samford on March 25.

Last season, ETSU totaled 19 wins, but the Bucs made a run in the Southern Conference Championship as the Blue and Gold returned back to the championship game for the second straight year … The Bucs, who won the 2017 SoCon Championship and advanced to the NCAA Tournament, are looking to be the first team in the league to make three straight trips to the SoCon title game since Georgia Southern accomplished the feat from 2006-09.

After sitting out the 2018 season, redshirt senior Malloree Schurr (Montgomery, Texas) returns to the Buccaneer lineup to play an entire season for the Blue and Gold … Schurr, a four-year letterman in women’s basketball, has played in 71 career games, while totaling 52 hits,  27 runs and 17 RBI.

Last season, the Bucs played in 17 games decided by two runs or less, including four extra-inning games where ETSU went 3-1 … ETSU scored six or more runs 14 times in 2018 and went 12-2 … Sixteen of the Bucs’ 19 wins last year came when the Blue and Gold scored first … The Bucs were 15-3 when leading after the fourth inning and went 18-4 when out-hitting the opposition in 2018.

Morgan State is coming off a historic 28-win season in which the Lady Bears won the 2018 MEAC Northern Division title.

The Lady Bears were picked to win the MEAC North Division, while Young was tabbed Preseason Player of the Year and Rundlett earned second team preseason honors.

This weekend marks the first ever meeting between ETSU and Morgan State.

Akron returns 11 letterwinners from a season ago and welcomes nine newcomers to the squad, including four transfers and five true freshmen.

Akron boasts a senior class of six Zips that are geared up for one last ride playing collegiate softball. In their time at Akron, the six seniors have combined to make 308 appearances and 255 starts. Senior Laura Lakins has the most experience in an Akron uniform on the roster playing in 80 contests while making 75 starts.

The Bucs have Zips have met five previous times with Akron holding a slight 3-2 advantage in the series history – the most recent being a 3-2 Akron win back on Feb. 17, 2013.

Presbyterian is under first-year head coach David Williams as he comes to Clinton, S.C. after a stint at Morehead State.

The 2019 squad is composed of 15 returners and seven newcomers. Highlighting the returners are Macy Hyatt, who was named to last year’s All-Big South Second Team and the conference’s All-Freshman Team, and Jonnie Petree, who was named to the Big South All-Academic Team. Megan Anderson, Ansley Wilbanks, Casey Gerhard, Chelsea Lyons, and Jonnie Petree make up the senior class.

Six freshmen and one redshirt junior are the seven new Blue Hose this season. Alyssa Batastini comes to PC by way of UNLV, where she played in 31 games (17 starts) during the 2016 season. She made nine starts in the circle and 19 relief appearances. Batastini garnered Mountain West Pitcher of the Week honors when she allowed only nine hits and four walks in a four-game scoreless span.

PC was picked to finish ninth in the Big South Preseason Coaches’ Poll.

This weekend will mark the 20th all-time meeting between the two programs … ETSU, who has won four of the last five meetings, leads the series, 10-9.