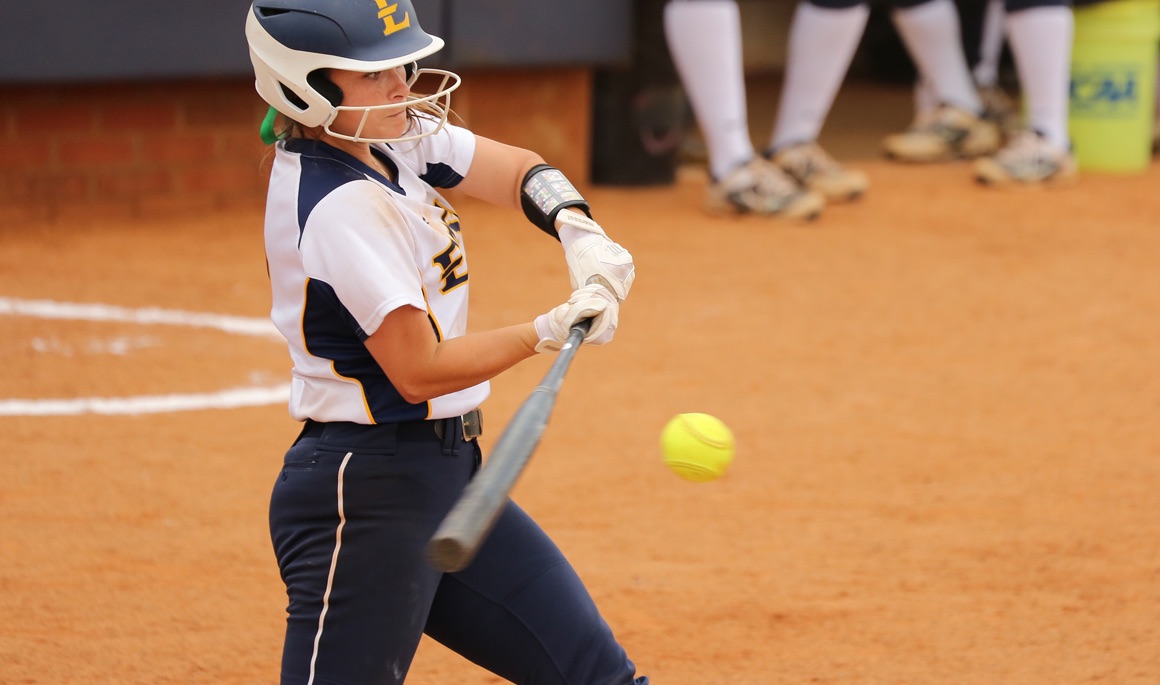 ETSU combines to outscore Morgan State and Akron, 19-2, on Saturday

CLINTON, S.C. (Feb. 9, 2019) -- The ETSU softball team opened the season with a pair of wins at the Blue Hose Invitational as the Buccaneers run-ruled Morgan State, 10-0 (five innings), before capping off the day with a 9-2 victory over Akron from the PC Softball Complex.

The Bucs totaled 19 runs on 22 hits en route to opening the season 2-0. It’s the third time in school history the Blue and Gold opened the season with back-to-back wins and the first since 2007.

ETSU wraps up play at the Blue Hose Invitational on Sunday when the Bucs face Akron (Noon) and host Presbyterian at 2 p.m.

ETSU scored runs in four of the five innings, while junior right handerKelly Schmidt (Norcross, Ga.) tossed a two-hit shutout as the Bucs cruised to a 13-0 five-inning win over Morgan State.

All nine of the Buccaneer starters reached base, while Nikki Grupp (Jacksonville, Fla.) led the group with a three-hit and career-high five-RBI game, including a grand slam in the six-run third inning. Redshirt senior Malloree Schurr (Montgomery, Texas) drove in a pair of runs with a fifth-inning triple and sophomore Kelly Warren (Mechanicsville, Va.) reachedbase three times and scored three runs.

Schmidt, who got the ball in the circle for the opener, registered her third career shutout and struck out six to pick up the win.

The 13 runs scored were the most by the Bucs in their 19-year history of the program, while it marks their eighth season-opening win, including wins in back-to-back seasons.

The Bucs set the tone early with clutch two-out hitting as the Bucs plated a run in the top of the first to ahead, 1-0. Demi Coleman (Maryville, Tenn.) worked a two-out walk and later scored on Tiffany Laughren’s (Erwin, Tenn.) single through the right side.

After Morgan State left a pair of runners stranded in the bottom of the first, ETSU loaded the bases in the top of the second and Kylie Toler (Bradenton, Fla.) – who led off with a single up the middle – scored on a wild pitch. Jordan Durbin (Mechanicsville, Va.) later scored on Lauren Lee’s (Cleveland, Tenn.) RBI single up the middle and Warren – who walked to load the bases – came home on Coleman’s fielder’s choice RBI.

The Blue and Gold piled it on in the top of the third as ETSU scored six runs – including the grand slam by Grupp – to extend its lead to, 10-0.

ETSU capped things off with a three-run fifth as Grupp singled home Warren and Schurr plated two runs with a triple to right-center to make it 13-0.

Morgan State, the reigning MEAC North Division champion, dipped to 0-3 with the loss.

Stephanie Rundlett suffered the loss (0-2) as she was tagged for eight runs (four earned) on six hits in 2.2 innings.

Freshman Jordan Durbinpushed across the eventual game-winning run with a two-out RBI single in the top of the sixth, while the Bucs broke it open with a six-run seventh inning to zip by Akron, 9-2, on Saturday.

Durbin finished with two of the Bucs’ 11 hits, while she drove in two runs and scored one, while Kelly Warren reached base three times (two hits, walk) and drove in two. Lauren Lee led the team with three hits and Malloree Schurr registered her second game with a triple.

A pair of newcomers got the job done in the circle to carry the Bucs to victory. Sophomore MacKenzie Dyson (Hanahan, S.C.) earned the win after holding Akron to two runs (one earned) on three hits in four innings, while freshman Taylor Boling (Jasper, Ga.) tossed three scoreless innings of two-hit ball to secure the save.

The Zips grabbed a 1-0 lead as they pulled off a double steal, but the Bucs quickly answered with two runs in the top of the fourth to go ahead, 2-1. Schurr delivered the key two-run scoring triple, but Akron pulled even at 2-2 in the bottom half of the frame as the Zips took advantage of a leadoff walk. Sydney Jascoe led off the frame with the walk, moved to second on a sacrifice bunt and eventually scored when she stole third and went home on a fielding error.

Fortunately, the game did not remain tied for long, as Durbin came through with the clutch two-out RBI single in the fifth to score Tiffany Laughren (Erwin, Tenn.) – who started the rally by getting hit by a pitch with one out – making it a 3-2 score.

The Blue and Gold then lit up the Zips for six runs on three hits in the top of the seventh to grab the 9-2 lead. The inning started with four straight walks and Nikki Grupp trotted home after Julia Fritz (Glen Allen, Va.) earned the pass, while Durbin, Warren, Lee and Vanessa Elliott (Johnson City, Tenn.) all drove in runs for the Bucs.

Mikayla Newland took the loss (0-1) for the Zips as she issued six runs on eight hits in six innings of work.