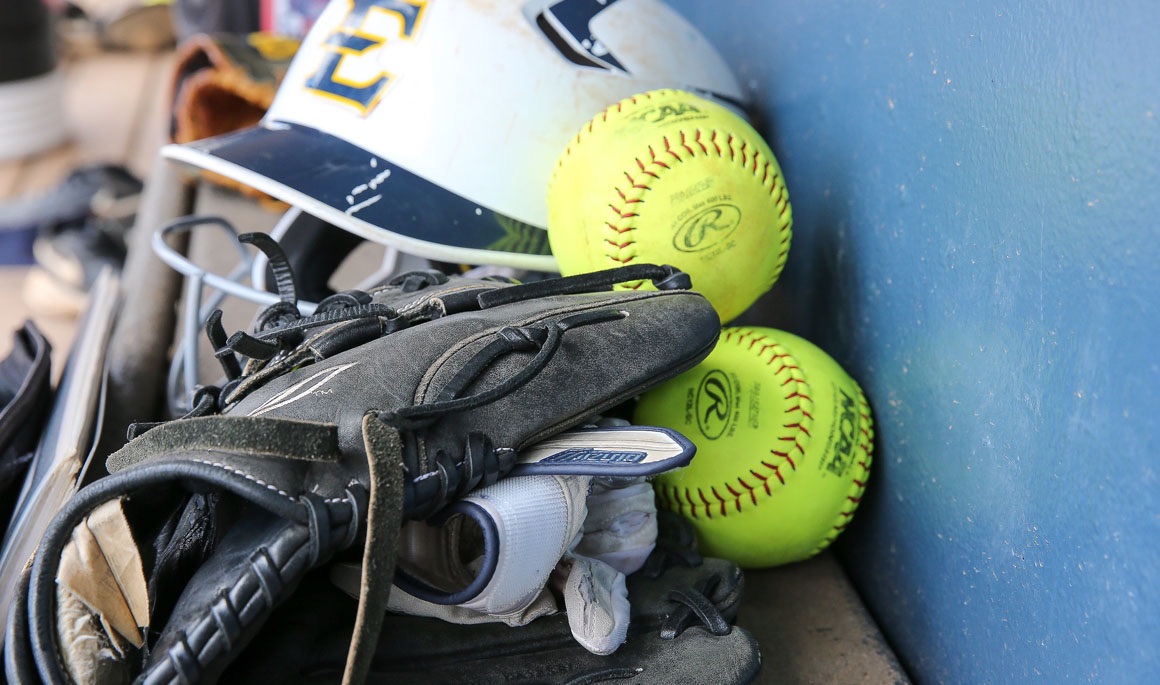 ETSU ties with Akron and Presbyterian

CLINTON, S.C. (Feb. 9, 2019) -- After spending all afternoon at the Presbyterian Softball Complex, the ETSU softball team walked away with a pair of stalemates.

Despite holding a pair of leads in both games, the Buccaneers tied with Akron 6-6 and then squandered an eight-run lead to tie Presbyterian, 9-9, on Sunday at the Blue Hose Invitational from Clinton, S.C. The Akron game was called after the sixth inning due to a travel curfew that was put into place prior to the start of the game, while the finale of the tournament was called due to darkness after five innings of play.

Following the ties, ETSU ended the weekend with a record of 2-0-2.

Kylie Toler (Bradenton, Fla.) drove in three runs, including the game-tying run in the bottom of the sixth, as ETSU and Akron played to a 6-6 tie after six complete innings. The game ended in a tie due to a travel curfew put into place with Akron’s getaway schedule.

JuniorKelly Schmidt (Norcross, Ga.) got the start for the Blue and Gold and allowed six runs (five earned) on seven hits with three walks and one strikeout in five innings, while sophomore newcomer MacKenzie Dyson (Hanahan, S.C.) tossed the final inning of scoreless ball in relief.

The Buc were out-hit, 9-6, and left 10 runners stranded in the contest.

The Zips jumped out to an early lead after scratching across an unearned run in the top of the first, but the Bucs responded by plating two runs in the bottom of the first and three more in the second to go ahead, 5-1.

ETSU scored its two runs in the first when Warren and Lauren Lee (Cleveland, Tenn.) led off the inning with infield hits, and they scored on Toler’s double down the right field line. An inning later, the Blue and Gold scored their first run of the frame when Nikki Grupp (Jacksonville, Fla.) worked a bases loaded walk to bring home Durbin, while Warren and Toler later scored on a wild pitch.

Akron stormed back with a two-run third and a three-run fifth to regain a 6-5 lead.

In the third, the Zips pushed across their runs via a bases loaded walk and a fielder’s choice RBI, while two innings later Camryn Michallas plated a run via a sacrifice fly RBI to right and Laura Lakins provided the go-ahead runs on a two-RBI single up the middle.

The Bucs battled back and tied the game at 6-6 in the bottom of the sixth when Warren led off the inning with a double down the left field line and scored the tying run when Toler reached via a fielder’s choice RBI. ETSU later loaded the bases in the inning but could not push across the game-winning run as Akron ended the game with a strikeout.

Macky Mitchiner and Sydney Jascoe led the Zips with two hits each, while Adrian Smith tossed 4.1 innings of one-run ball in relief. Mikayla Newland got the start in the circle and was roughed up for five runs (four earned) on four hits in 1.2 innings.

Despite scoring three runs in the first and leading 9-1 after three and a half innings of play, the Bucs were unable to hold on and finished at another stalemate, as Presbyterian pulled even at 9-9 before the game was called due to darkness.

Both teams scored nine runs on 11 hits, but the Blue Hose plated eight in the bottom of the fourth to force the tie.

The Bucs stormed out of the gates by plating three runs on four hits in the top of the first to go ahead, 3-0. It was déjà vu all over for Warren, Lee and Toler as they ignited the surge. Warren and Lee led off the game with back-to-back infield singles to shortstop, while Toler brought home Warren with double down the left field line. After advancing to third on the throw, Lee sprinted home on Grupp’s sacrifice fly RBI to center and Toler scored on Schurr’s double to left.

After both teams scratched across a run in the second, they combined for 13 runs on 13 hits in the fourth inning and were knotted at, 9-9.

Grupp doubled home a pair of runs, while Schurr followed with her three-run blast to right to give the Blue and Gold an eight-run cushion, but the Blue Hose attacked with eight runs in the bottom half of the frame tie things up. Half of PC’s runs came with two outs, while Alyssa Batastini tied the game up with a two-RBI single to left.

Both teams were held scoreless in the fifth inning and the umpires decided to call the game due to darkness.

Presbyterian used three pitchers, including Courtney White getting the start and being tagged for five runs on four hits with three walks in 1.1 innings.

Batastini led the Blue Hose at the plate as she finished with three hits and two runs, while White added two hits and scored two runs.

ETSU returns to South Carolina next weekend to take on Detroit and tournament host Charleston Southern, beginning on Friday, Feb. 15.