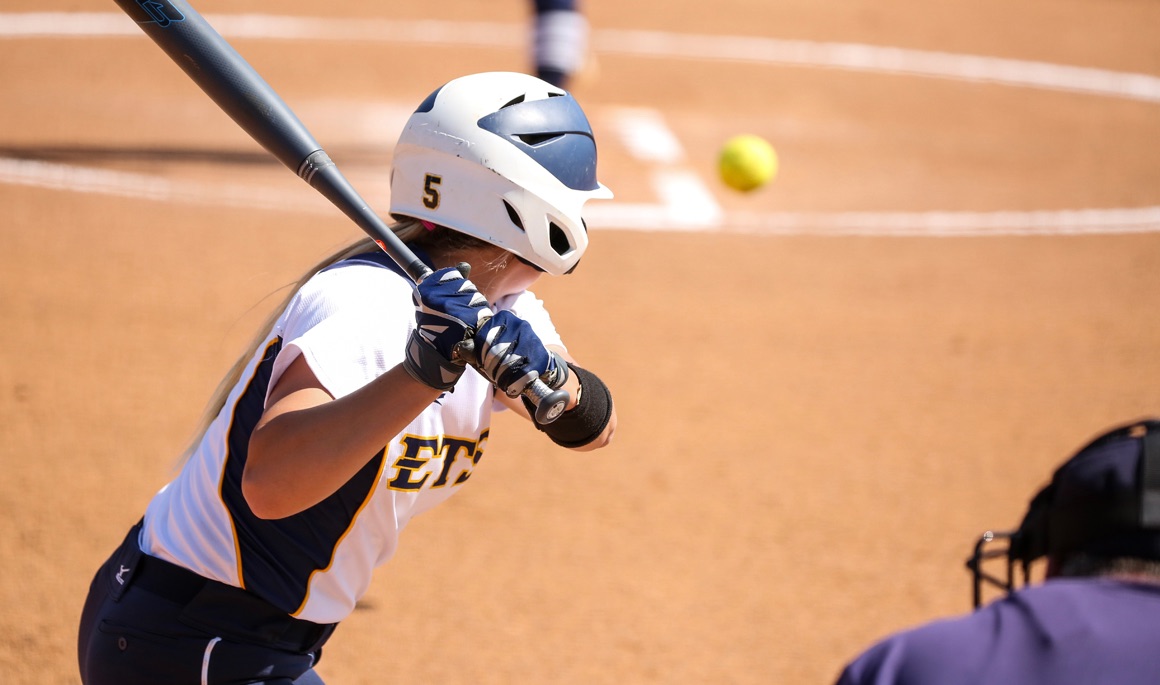 CHARLESTON, S.C. (Feb. 14, 2019) – The ETSU Softball team returns to action Friday when the Bucs open up the Wingate by Wyndham Invitational against Detroit Mercy at noon, followed by host Charleston Southern at 5 p.m. ETSU will play a total of five games, including two against Detroit Mercy and Charleston Southern, before closing out the tournament with Virginia Tech on Sunday at 1 p.m.

ETSU enters the weekend tournament with a 2-0-2 overall mark, joining Chattanooga as the only two Southern Conference competitors that are unbeaten after the opening weekend. The Bucs are one of only three NCAA Division I teams in the state of Tennessee that have played a game and are unbeaten in competition, joined by Chattanooga and Tennessee.

The Bucs defeated Morgan State (13-0) and Akron (9-2) to start the season before registering ties with Akron (6-6) and Presbyterian (9-9) to conclude the Blue Hose Invitational in Clinton, S.C. Following the opening weekend, ETSU leads the SoCon in batting average (.361), on base percentage (.481) and ranks second in slugging percentage (.509). The Bucs boast three of the top four batting averages in the SoCon, led by Lauren Lee (Cleveland, Tenn.) with a .583 average. Kylie Toler (Bradenton, Fla.) and Kelly Warren (Mechanicsville, Va.) are tied for third with a .462 batting average. Redshirt-senior Malloree Schurr (Montgomery, Texas) leads the conference in slugging percentage (.929) after finishing the opening weekend with four extra-base hits, including two triples and one long ball.

Tell Me about the Titans

Detroit Mercy holds a 3-2 mark after claiming three consecutive wins to conclude the Total Control Sports Invitational in Rosemont, Ill. The Titans were outscored 20-15 in the opening weekend, despite winning three consecutive games. The Titans are led at the plate by Ellie Boteller, batting .625 on the season with one double and one home run. Liz Murphy leads the Titans in the circle with a 2.76 ERA, earning the win against Purdue Fort Wayne.

ETSU is 2-1 all-time against Detroit Mercy, having won two consecutive showdowns against the Titans. The Bucs last defeated Detroit Mercy on Feb. 9, 2014 by the final score of 6-2.

Charleston Southern dropped to 3-4 on the season after suffering a 6-2 loss to Coastal Carolina Wednesday night in Charleston, S.C. The Bucs have fallen in four of their last five games after commencing the season with back-to-back wins. Sarah Brown leads the way with a .455 batting average, registering 10 hits in 22 plate appearances. Charleston Southern has plated 34 RBIs, 10 of which have come off the bat senior first baseman, Jade Gandara.

The “Battle of the Bucs” has gone in favor of ETSU, as the Blue and Gold lead 3-2 in the all-time series. Charleston Southern has won two consecutive games on its own turf, both coming in 2017.

How ‘Bout them Hokies

Virginia Tech is 5-0 heading into Charleston, having just dismantled the competition at the Cougar Classic in Charleston, S.C, hosted by College of Charleston. The Hokies outscored opponents 42-8 in the opening weekend, picking up run-rule wins over Wichita State (RV) and host College of Charleston. Caitlyn Nolan is batting an eye-opening .714 with 10 hits, five of which have gone for extra bases. Virginia Tech is led in runs batted in by Emma Strouth (10), while Nolan ranks second with nine. Keely Rochard anchors the Hokies in the circle, have earned complete-game, shutout victories in each of her three starts. In 19 innings pitched, Rochard has punched out 30 batters, while allowing just six hits.

ETSU is 1-15 all-time against Virginia Tech, having dropped 10 consecutive outings to the Hokies. The Bucs’ last victory came on April 21, 2004 with a 4-2 victory on neutral turf.