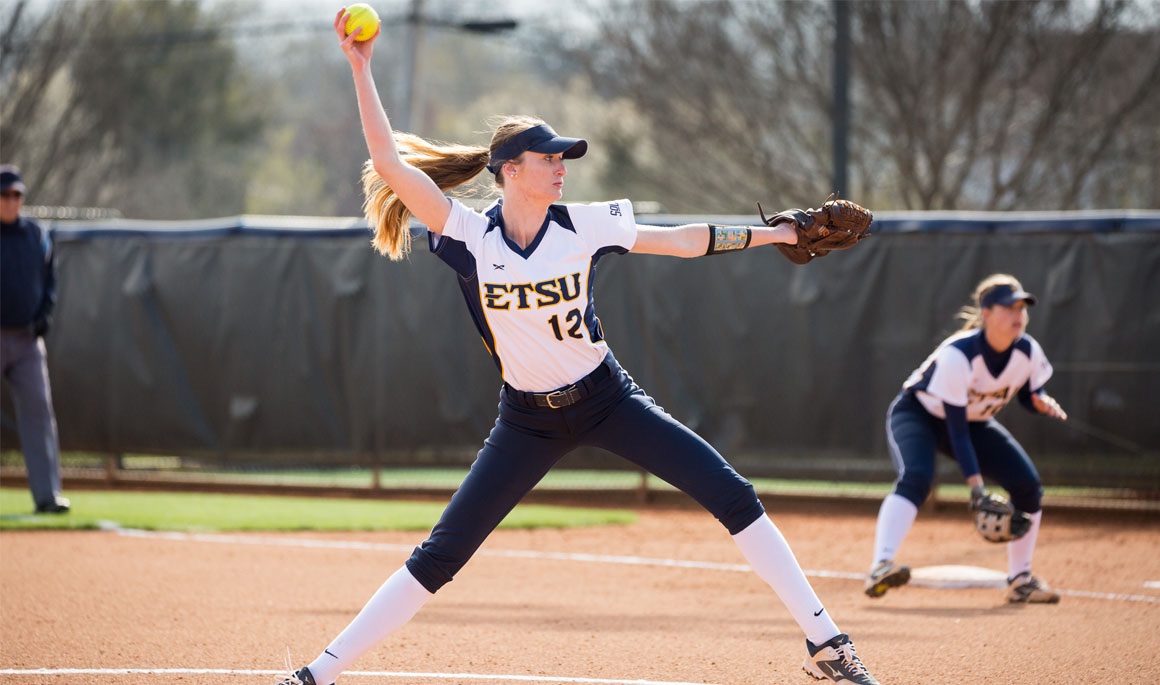 CHARLESTON, S.C. – The ETSU Softball team dropped its first game of the 2019 campaign, falling to undefeated Virginia Tech by the final score of 8-3 to close out the Wingate by Wyndham Invitational in Charleston, S.C. The Bucs concluded the tournament with a 4-1 overall mark, earning a pair of wins over Detroit Mercy and Charleston Southern.

The Hokies scored the first two runs of the game in the first and second inning before the Bucs plated three in the bottom half of the second frame to claim a 3-2 advantage. Tiffany Laughren (Erwin, Tenn.) provided ETSU with its first run, an RBI double to center field. Two batters later, Laughren scored following a throwing error by the Hokies, knotting the game at two apiece. Kelly Warren (Mechanicsville, Va.) laced an RBI single on the next at bat, plating Jordan Durbin (Mechanicsville, Va.) for the 3-2 advantage in favor of the Blue and Gold.

The lead was short lived however, as Virginia Tech tallied six unanswered runs over the next three innings to put the game out of reach with an 8-3 advantage. The Bucs mustered only three more hits over the final five innings, unable to trim into the deficit.

Stat of the Game
Virginia Tech and ETSU combined for 21 hits on the day, with the Bucs registering six base knocks. Laughren’s double in the second inning was the lone extra-base hit for the Bucs.

Notables
» Kelly Schmidt (Norcross, Ga.) garnered the start in the circle, yielding six hits and two earned runs.
» Five different players tallied a base knock in the loss, led by Malloree Schurr (Montgomery, Texas) with two hits on the afternoon.
» ETSU is 1-16 all-time against Virginia Tech following today’s set back.

Up Next
ETSU will return to action for its home opener on Tuesday when the Bucs welcome the 6th-ranked Tennessee Volunteers into town. First pitch is slated for 6 p.m. at Betty Basler Field.