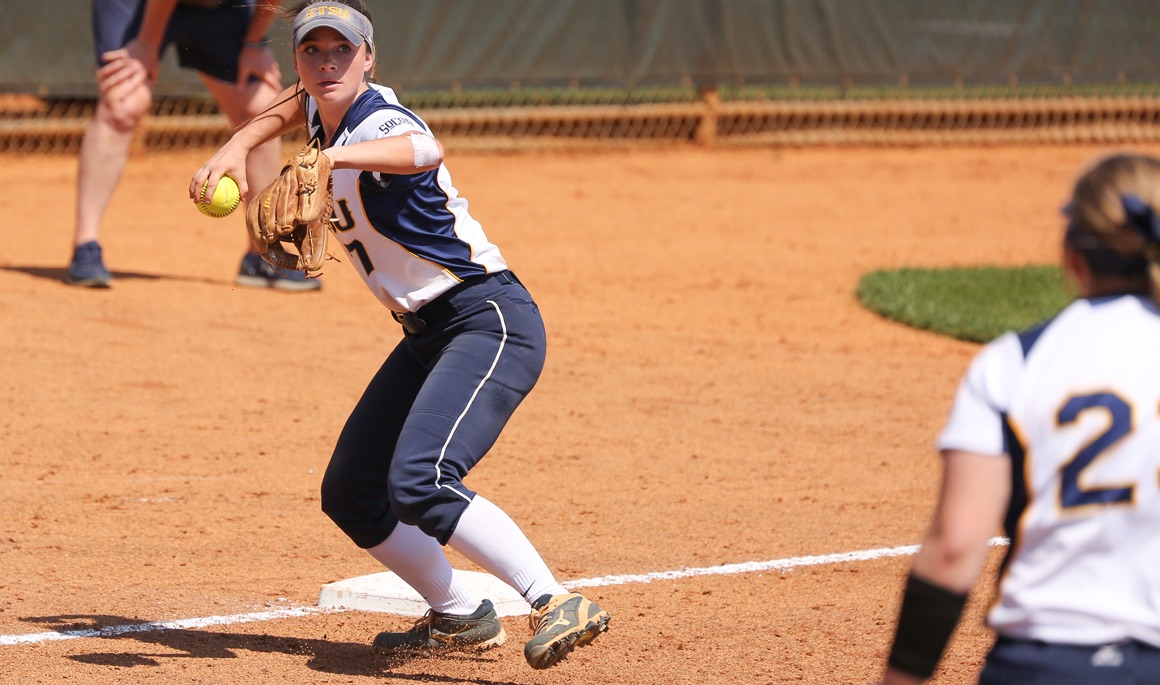 SPARTANBURG, S.C. (March 6, 2019) – The ETSU Bucs softball team dropped a pair of games to USC Upstate on Wednesday afternoon in Spartanburg, S.C. With the losses, the Bucs fall to 10-7-2 on the season and 3-4-1 in true road contests.

The Bucs were unable to muster a hit in the opening game, yet alone unable to put a runner on base to trim into the Spartans’ lead.

MacKenzie Dyson (Hanahan, S.C.) received the start for the Bucs in the circle, yielding eight runs in four innings of work on seven hits.

Stat of the Game
The Bucs were held hitless in the loss against the Spartans for the first time this season.

Game 2: USC Upstate 3, ETSU 0
For the second consecutive game, the Bucs’ high-powered offense was stymied by the NCAA-leading pitching staff. However, ETSU put the perfect game behind it with a leadoff single by Lauren Lee (Cleveland, Tenn.) to open up the contest. The Bucs tallied two hits in game two, both off the bat of Lee.

The Spartans scored all three runs in the second inning, blasting two home runs in the process. The three-run cushion was all that USC Upstate needed as ETSU was unable to claw into the deficit.

Stat of the Game
For the second consecutive game against the Spartans, the Bucs were held scoreless. However, ETSU successfully laced two base hits to break up a potential perfect game.

Notables
» Lee finished the game 2-of-3 at the dish for the only offensive production for the Bucs.
» ETSU has now dropped three consecutive games with the doubleheader loss today.
» The Bucs are now 4-19 all-time against the Spartans, having fallen in 10 consecutive outings against USC Upstate.

Up Next
ETSU will kick off its home opener on Friday as the Bucs host the 2019 Buccaneer Classic beginning on March 8 at 11 a.m. The Bucs will host Rutgers, Tennessee Tech, Siena and Evansville in a span of four days. ETSU’s home opener will be against Rutgers on March 8 at 1:15 p.m. at Betty Basler Field.