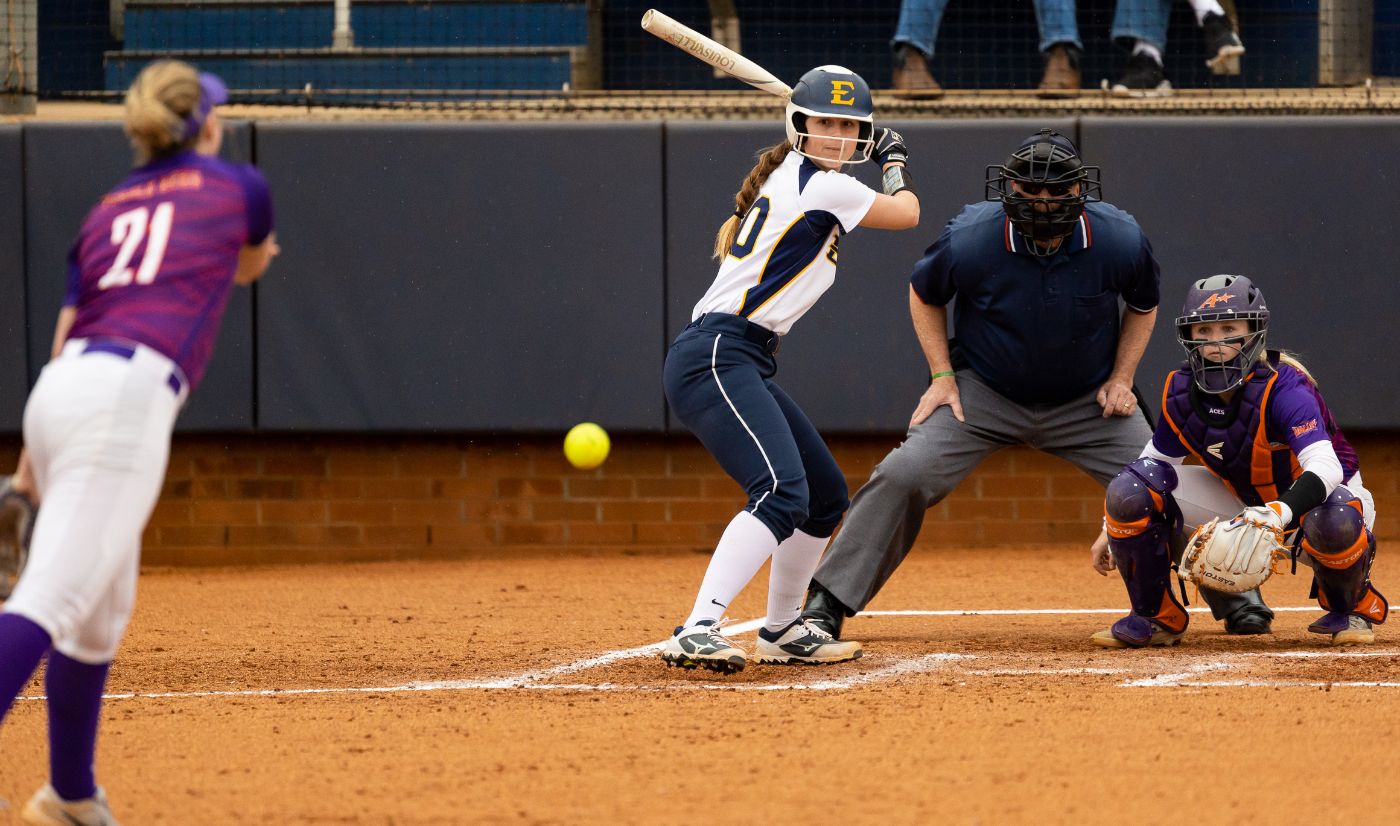 JOHNSON CITY, Tenn. (March 11, 2019) – The ETSU Buccaneers wrapped up the 2019 Buccaneer Classic on Monday with a single game against Evansville at Betty Basler Field. The Bucs dropped the contest by the final score of 6-5, falling to 2-2 on the weekend and 12-9-2 overall.

Evansville jumped on board first with one swing of the bat as the Purple Aces’ leadoff batter launched a solo shot over the left field fence for the early 1-0 advantage. Evansville then doubled its advantage to 2-0 in the next inning with an RBI single to left field.

The tides seemed to turn in favor of the Bucs in the home half of the second inning as Julia Fritz (Glen Allen, Va.) stepped up to the plate with the bases juiced and just one away. The sophomore infielder quickly unloaded the bags with a deep blast to right field for her first home run of the season, providing the Bucs with the 4-2 advantage.

The Bucs held tight to the lead until the top of the fifth inning when Evansville knotted the game up at four apiece with a two-run home run off Taylor Boling (Jasper, Ga.). The very next inning, the Purple Aces reclaimed the advantage with their second two-run blast in two innings, this time off junior right hander, Kelly Schmidt (Norcross, Ga.).

Down to the final out with a runner on first and the tying run at the plate in Kelsey Brown (Advance, N.C.), the Bucs were given new life. Brown roped a double in the right center gap, plating Nikki Grupp (Jacksonville, Fla.) from first to trim the deficit in half. However, that was all ETSU could muster in the final inning as the next batter harmlessly dribbled the ball to first base for the final out.

Stat of the Game
Despite plating five runs on seven hits in the ball game, the Bucs struggled at the dish with runners in scoring position finishing 1-for-11 in such situations.

Player of the Game
Making just her seventh start of the season, Julia Fritz made her impact known in just the second inning. The Virginia native launched her first home run of the season, finishing the game 2-for-3 with one home run and four RBIs.

Notables
» Six different batters tallied a hit in the loss, with Fritz leading the way with two hits on the day.
» Boling pitched five innings of work, allowing five runs on six hits for just her second loss of the season.
» Schmidt threw the final two innings and allowed just one run on one hit, while striking out two batters.
» Renae Spears (Memphis, Tenn.) and Andrea Sarhatt (Knoxville, Tenn.) garnered their first starts of the season, combining 2-of-4 at the plate.
» With the loss, ETSU falls to 1-3 all-time against the Purple Aces.

Up Next
The Bucs will return to the field on Saturday, March 16 when ETSU takes on in-state foe Tennessee Tech in a doubleheader in Cookeville, Tenn. The first game is slated to begin at 2 p.m.